You are in : All News > KonaRed Makes Strong Headway on International Expansion 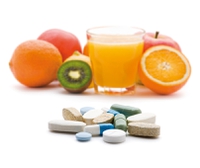 Since breaking into the Asian markets in July 2015, KonaRed products have achieved success, hitting the shelves of hundreds of leading Japanese retailers such as Aeon Retail, Kinokuniya and Natural Lawson Stores. KonaRed is pleased to announce that it has added another 70 stores with Aeon Stores in Japan and continues to grow with Lawson, Inc., Japan's second largest convenience store chain.

KonaRed has shipped its first order to South Korea and has more expansion planned in this region in the near future.

President and COO, Kyle Redfield commented, “We are focused on making strong progress in our international efforts and creating brand awareness and visibility on a global scale. Asia is a large priority for us at the moment. Our recent expansion successes not only add to our immediate top line but also build a strong platform for long-term growth. Over the next several quarters, we anticipate a rapid growth trend in both foreign and domestic markets."

KonaRed Corporation is the pioneer of the USA Grown, Hawaiian Coffee Fruit. The company oversees a vertically integrated supply chain starting with the highest quality Coffee Fruit from Kona Hawaii. KonaRed, through a licensing agreement with FutureCeuticals, Inc., utilizes innovative, state of the art, proprietary patented processes that produce and market a complete range of healthy products that showcase the Hawaiian Coffee Fruit. The line of consumer packaged goods includes antioxidant rich extracts and powders from Hawaiian Coffee Fruit, which are used to produce KonaRed's ready to drink Antioxidant Juice, Green Tea, Coconut Water, On-the-Go Packs and 100% Hawaiian Coffee Fruit Powders. The company is also launching a line of 100% Kona Coffee products that will include the coffee fruit as well. Additionally, the company sells a line of Coffeeberry Coffee Fruit industrial ingredients to other businesses for use in their consumer packaged goods. The company was established in August 2008 and achieved its first sales in February 2009. In October 2013, KonaRed went public and trades on the OTCQB under the symbol KRED. KonaRed Corporation is headquartered in Koloa, Hawaii, and its distribution center is in San Clemente, California. KonaRed sells its products at retail stores across the U.S., Canada, Japan and is expanding into other international markets. More information about KonaRed and its products can be found at www.konared.com.

29 Jun 2020 --- Givaudan Active Beauty has unveiled #BeautyBoosters, a collection of botanicals that can promote skin health. In an effort to “capture the essence” of... Read More