You are in : All News > Eating Healthier Costs Less than Junk Food, Says UK Report 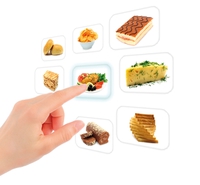 02 Mar 2017 --- A new UK report from the Institute of Economic Affairs has used data from two leading supermarkets to compare the prices of 78 common food and drink products, finding that healthier options are mostly cheaper than less healthy alternatives. The report contradicts the claims made by some health campaigners that it is more expensive to buy healthy and nutritious food than it is to buy processed ‘junk food’.

The report also found that while £1 ($1.23) will buy you one cheeseburger, that same £1 ($1.23) could buy you a kilo of sweet potatoes, two kilos of carrots, two and a half kilos of pasta, ten apples or seven bananas.

It also states that the Government’s daily recommended five portions of fruit and vegetables can cost as little as 30p ($0.30)

The authors say that the report debunks studies, which claim that healthy food is more expensive, finding they use the flawed methodology of comparing food products by their cost-per-calorie. This has the perverse effect of making low-calorie food appear expensive by definition.

They say a better approach is to compare typical servings of food by weight or portion size, and that ultimately price is not the main driver of unhealthy food consumption; often consumers are prepared to pay more for taste and convenience.

The author of the report, Christopher Snowdon, Head of Lifestyle Economics at the Institute of Economic Affairs said: “A diet of muesli, rice, white meat, fruit and vegetables is much cheaper than a diet of Coco Pops, ready-meals, red meat, sugary drinks and fast food.”

“A wide range of healthy alternatives are available at the same price as the less healthy options.”

“The idea that poor nutrition is caused by the high cost of healthy food is simply wrong. People are prepared to pay a premium for taste and convenience.”

“A nutritious diet that meets government recommendations is more affordable than ever. Given the relatively high cost of ‘junk food’, it is unlikely that taxing unhealthy food or subsidizing healthy food would change people’s eating habits. Instead, it would transfer wealth from the poor to the rich.”

The report suggests that the popular belief that obesity and poor nutrition are directly driven by economic deprivation is untenable, stating that if the price of food were a primary consideration, people (particularly those on low incomes) would eat more fruit and vegetables.

Controversially, it states that the use of taxes and subsidies to incentivize better nutrition is unlikely to be successful, saying that these measures would tax the poor and subsidize the rich.

It claims that the assumption that the high cost of healthy food causes obesity is flawed, and that obesity has increased rapidly at a time when incomes have risen and food prices have fallen.

It also notes that obesity rates are higher in rich countries than in poor countries, and that people fail to buy more fruit and vegetables when they become richer.

“There have been calls to bring in taxes or subsidies to encourage people to make healthier food choices, but such measures would be hugely problematic,” says the report.

“It is doubtful that changes in pricing would have a significant impact on people’s choices given that healthy food is already cheap.”

“Subsidizing foods would create huge administrative costs given the difficulty classifying each foodstuff would present.”

In recognition of mounting pressure from its investors, Unilever will be the first global food company to publicly report the performance of its product portfolio... Read More

Time to step up the UK’s child obesity fight: Will 2022 be a breakthrough year for change?

The year 2022 may see the UK take concrete action on tackling child obesity, as the issue has become more severe, particularly in light of lockdown lifestyles, deputy... Read More