You are in : All News > Calorie Control Council Disputes Media Reports about Fiber and Satiety 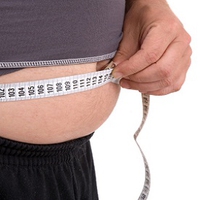 14 Aug 2012 --- As the study authors noted, “The health benefits of increased fiber consumption are well established…” As an explanation for the study findings, Karalus et al suggested that different properties of fiber, such as viscosity may play a greater role in satiety than fiber’s fermentation effect.

14 Aug 2012 --- Despite some media reports to the contrary, the findings presented in the study “Fermentable Fibers do not Affect Satiety or Food Intake by Women Who do not Practice Restrained Eating,”1 do not demonstrate that fiber does not lead to the feeling of fullness (also known as satiety), accoridng to a response from the Calorie Control Council. As the study authors noted, “The health benefits of increased fiber consumption are well established…” As an explanation for the study findings, Karalus et al suggested that different properties of fiber, such as viscosity may play a greater role in satiety than fiber’s fermentation effect. They also noted that the effects of fiber consumption may be delayed or require prolonged exposure to fibers.

The findings from this study do have a few caveats. The sample was small and relatively homogeneous (22 women between the age of 18-40). As a result, the findings from this study cannot be generalized to the larger U.S. population. It is also possible that the amount of fiber consumed (between 10-12 grams, far below the recommended total daily intake for fiber) may have been too low to produce significant results. Higher amounts of the same types of fiber may have been more satiating. As the authors noted, it is possible that the benefits of fiber occur after prolonged exposure which could not be determined in this study due to the short duration of each session. Furthermore, the authors do not provide information on the average amount of fiber women were consuming before the study. Ideal introduction of fiber is gradual. Thus, for some participants, the increase may have been too drastic and affected the results. Lastly, the findings from this study are inconsistent with several studies published in 2012 that have found fiber to be satiating.2,3,4

The health benefits of fiber are numerous and well-studied. Dietary fibers have been shown to increase satiety, improve digestive health, lower blood cholesterol and blood glucose levels, and may have a protective effect against certain cancers. The most important message about fiber is variety. Although many dietary fibers produce more than one benefit, no one fiber produces all of them. Consequently, it is important to eat a wide range of dietary fibers to maximize these health benefits.

The consumption of cereal fiber, not fruit or vegetable fiber, has been linked to reduced inflammation in elderly adults.

Comet Bio has invested an undisclosed sum in a food manufacturing facility in Denmark with RE Energy, a firm specializing in environmental sustainability. The move will... Read More