You are in : All News > UK teenagers demand compulsory front-of-pack labeling as they “bite back” to accelerate health 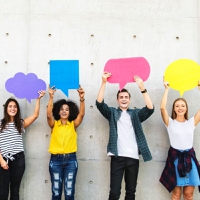 28 Jan 2020 --- Brexit could provide a key opportunity to overhaul the UK’s current front-of-pack labeling (FoPL). This is according to a youth-driven movement, which is calling for the traffic light system to be compulsory on all foods. Bite Back 2030, which is co-founded by chef and activist Jamie Oliver, argues that this move would accelerate progress on child health. The movement aims to align the UK with countries like Israel, which has just introduced laws making warning labels on all packaged products that are high in fat, salt and sugar compulsory.

“The food industry has a strong voice when it comes to public health matters. For example, Sainsbury’s and Asda submitted evidence to the House of Lords Science and Technology Committee indicating that traffic light labeling increases the demand for healthier foods. This may, in turn, stimulate manufacturers to reformulate their products to achieve a healthier profile – and color code – to meet this demand,” James Toop, CEO of Bite Back, tells NutritionInsight.

Currently, repeating nutritional information on the front of pre-packaged foods and drinks is voluntary in the UK, but it has been adopted by around two-thirds of the packaged food and beverage market. According to Toop, supermarket own-brands voluntarily use the scheme more than big multinationals.

“Consumer research indicates that 72 percent of consumers would find it easier to understand food labels if they were consistently displayed across all products. If we want to improve the nation’s diet, transparency is key. Not only do color-coded FoPL allow busy shoppers to see what’s in a food or drink at a glance, they might encourage manufacturers to reflect on the nutrition content of their products,” says Jenny Rosborough, an expert advisor to Bite Back 2030 and Head of Nutrition at Jamie Oliver.

Bite Back argues that while Europe had constrained new legislation, Brexit provides an opportunity to bring in a consistent, clear labeling system for consumers. “It seems unjust that some companies are being honest, while others are able to hide what’s in their food and mislead consumers with health claims,” continues Rosborough.

Click to EnlargeDespite the packaging, the noodles contain only small amounts of vegetable powder and no chicken.Empowering young consumers
Bite Back hopes to work with companies looking to improve their labeling by offering key insights from its young members. Toop highlights that young people feel strongly about injustice and manipulation in the food industry.

The movement notes that only three in ten adults currently feel they have enough information about what’s in their food and points to the example of a pack of instant Chicken Tikka noodles. Despite the packaging displaying a variety of vegetables, Bite Back notes that the noodles contain only small amounts of vegetable powder and no chicken.

The #DontHideWhatsInside social media challenge is also a way that Bite Back is bringing attention to discrepancies between labeling and the product. The movement is asking followers to vote on the most deceptive product claims on UK supermarket shelves today, with the “winner” set to be announced next month.

“We’re always deceived into thinking we’re doing better for ourselves by eating ‘healthy’ products, but when you look at the small print, it’s really not the case. We want honest, simple and helpful labeling like the traffic light system on everything. If food companies won’t do it voluntarily, we want the government to step up and step in. The UK should be leading by example, not falling behind,” states 16-year-old Youth Chair Christina.

Israel’s new warning labels
Bite Back 2030 has been inspired by other FoPL systems around the world. It highlights Canada’s plans to introduce mandatory warning labels indicating high levels of salt, sugar or saturated fat (HFSS), with Health Canada holding a consultation on proposed labels last year. Chile also introduced warning labels back in 2016.

Israel has instated mandatory red warning labels on HFSS foods as of this month, with the option of adding a green label to products recommended by the Health Ministry. These are minimally processed foods, which include some dairy products and substitutes, some vegetable oils, seeds and nuts, cereals, legumes, tahini, fish, eggs, and fruits and vegetables. Products that are purchased in open bins will have a sticker affixed nearby.

Click to EnlargeIsrael has instated mandatory red warning labels on HFSS foods as of this month.

According to Efsharibari, Israel’s national program for a healthy and active life, the country’s food industry had been reformulating their products to avoid the red stickers prior to the law’s implementation. The organization also explains that the icons, which include illustrations and colors, were chosen over text to be understandable to young children, as well as helping time-crunched adults.

The format of FoPL is crucial to their success, with a study last year finding that Nutri-Score is the most effective system for helping consumers rank products according to their nutritional quality. The Netherlands is the most recent European country to announce its plans to roll out the system, although Nutri-Score came under fire from the German Sugar Industry Association, who branded it a “consumer trap.”

Toop explains that in the case of the UK, the Department of Health and Social Care launched front-of-pack traffic light labeling in 2013, based on 12 years of consumer research. “A label that included both reference intakes and color was the label most preferred by consumers and worked best in enabling them to make healthier choices. Research has shown that the use of consistent FoP labeling across as many food products as possible will help consumers to become familiar with its format, and to use it to balance their diet and control their energy intake,” he concludes.

04 Jun 2021 --- An active social media presence from health professionals and scientific experts is crucially lacking in online discussions regarding healthy diets, according to... Read More

07 Apr 2021 --- The European Specialist Sports Nutrition Alliance (ESSNA) is calling on the UK government to ensure that restrictions on foods meant to tackle childhood obesity do... Read More