You are in : All News > “A consumer trap”: Nutri-Score comes under fire from German Sugar Industry Association 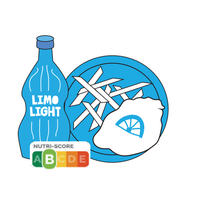 19 Aug 2019 --- Popular front-of-pack label (FoPL) Nutri-Score reflects “false facts” and misleads consumers, according to a report from the German Sugar Industry Association (WVZ). The association argues that as obesity is the primary societal issue at hand, a visible calorie count is the only necessary aspect of a FoPL. Furthermore, systems like Nutri-Score or traffic light colors, which provide an analysis of the nutritional content, incorrectly imply that foods can be divided into healthy and unhealthy categories.

“There is currently no well-founded scientific study that proves that there are beneficial long-term effects of the Nutri-Score in terms of body weight regulation and diet-related diseases. Meanwhile, a calorie logo is the only correct step for tackling the issue of being overweight, and we do not see any potential challenges of rolling this type of system out,” Sandra Golz of WVZ tells NutritionInsight.

A calorie count is an easy, comparable and personally comprehensible FoPL, says Günter Tissen, CEO of WVZ. “The calorie count is the most relevant measure as people who eat more of them gain weight. Strengthening calorie awareness in general would also help in the fight against obesity [translated from German],” he continues.

The report suggests that a FoPL with a focus on calories per 100 grams or milliliters will better enable consumers to compare different products. This type of FoPL would allow calories to be taken more into account in terms of product selection and overall diet.

“Nutri-Score is originally from France and was introduced in 2016 as a voluntary label. Belgium introduced its own Nutri-Score in August 2018. While some other countries use Nutri-Score as well, it is far from being a widespread system,” explains Golz.

Nutri-Score ranks a yogurt drink as being healthier than a soda, despite having more calories (Source: WVZ).Nutri-Score uses an algorithm taking various aspects of a food into account, including fruit and vegetable content, fiber, protein, calories, sugar, saturated fat and sodium. This FoPL assigns a food one of five color-coded grades, ranging from a green “A” to a red “E.” However, WVZ argues that the system is flawed as a meal of French fries, schnitzel and a light soft drink manages to score a positive “B” rating. Additionally, a yogurt drink would also get a “B,” despite having more calories than a diet soda. The report also points out that the only study about shopping habits using Nutri-Score found that consumers do not buy healthier foods.

Furthermore, as each person has their own nutritional and caloric needs depending on their physique, gender or lifestyle, an overall assessment of food is unhelpful, the association asserts. Furthermore, as determined serving sizes are somewhat arbitrary, the Nutri-Score system may lead consumers to think that a high-scoring product can be consumed without limit.

However, a study earlier this month found that Nutri-Score was the best-understood FoPL system and helped consumers to rank products according to their nutritional quality. Despite this, there was no significant difference observed in how much various FoPLs actually influence food choices.

Consumer groups are also in favor of the system, with a petition recently being launched calling for an EU-wide rollout of Nutri-Score. Nestlé has given approval for a gradual rollout of the system throughout continental Europe, starting with countries that already support the system, including Spain, France and Belgium.

Obesity is a major public health issue, with rates of obesity-related health problems including diabetes and hypertension on the rise. While the causes are varied, food consumption decisions play a key role. A recent study found that obese people enjoy their food more than non-obese people, offering a potential pathway for helping people make healthier choices.

Despite the US Senate expressing the Inflation Reduction Act of 2022 is backed with strong support for its touted benefits, public interest organizations say the... Read More