You are in : All News > Phosphatidylcholine could reduce dementia risk and boost cognition, says study

07 Aug 2019 --- The dietary intake of phosphatidylcholine has been connected with a reduced risk of dementia for the first time by researchers at the University of Eastern Finland. The nutrient, which was mainly sourced from eggs and meat, was also linked to enhanced cognitive performance in the prospective study, published in the American Journal of Clinical Nutrition. Participants with the highest dietary phosphatidylcholine had a 28 percent lower risk of dementia than those with the lowest intake. Additionally, they excelled in the tests measuring their memory and linguistic abilities. The researchers are now calling for further research to enable a decisive result.

Phosphatidylcholines are a class of phospholipids and can be found in sources including egg yolks and soybeans. It is one of the various compounds that choline, an essential nutrient, can occur as. Choline is essential for the formation of the neurotransmitter, acetylcholine. Prior studies had linked choline intake and cognitive processing, with adequate intake potentially helping to prevent cognitive decline and Alzheimer’s disease. The nutrient is already used in a multi-nutrient medical drink that aims to treat early Alzheimer’s.

The data examined was taken from the Kuopio Ischaemic Heart Disease Risk Factor Study, KIHD. Between 1984 and 1989, researchers recorded the general health and dietary and lifestyle habits of 2,497 dementia-free men, aged between 42 and 60. Four years later, a subset of 482 men completed five different tests to examine their memory and cognitive performance. After an average follow-up period of 22 years from study onset, all the data was combined with the men’s hospital records, cause of death records and medication reimbursement records. It was found that 337 men belonging to the whole cohort developed dementia. 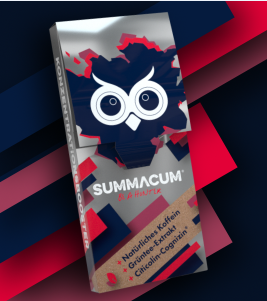 Click to EnlargeLast year, a supplement aimed at athletes, gamers and students using phosphatidylcholine was launched.This analyses also accounted for other lifestyle and nutritional factors which could have influenced the associations. The APOE4 gene, which predisposes to Alzheimer’s disease and is commonly found in the Finnish population, was accounted for and showed no significant impact.

“However, this is just one observational study, and we need further research before any definitive conclusions can be drawn,” says Maija Ylilauri, a Ph.D. student at the University of Eastern Finland.

Researchers were inspired to investigate the connection as moderate egg intake had been associated with improved cognitive performances in observational studies. This is potentially due to the high levels of choline, especially phosphatidylcholine, in the eggs. However, in this study, it was found that while eggs were the key phosphatidylcholine source (39 percent), intake via meat was also substantial (37 percent). The mean daily choline intake was 431mg, of which 188mg was specifically phosphatidylcholine.

Last year, research suggested that significantly higher choline intakes during pregnancy, particularly in the final trimester, may result in faster information processing for babies. Infants whose mothers consumed 930mg daily had higher information processing speeds at all ages when compared to infants whose mothers only consumed 480mg of choline each day. Despite choline being in high-demand during pregnancy, most women consume less than the recommended 450mg per day. On average, pregnant women actually consume just 319mg of choline daily.

Additionally, Summacum released a mental cognition supplement featuring Cognizin Citicoline, a catalyst for producing phosphatidylcholine. Konzentrations Booster is aimed at athletes, gamers and students. The company says that the supplement increases oxygen delivery to the brain, which may improve mental performance.

Mediterranean or MIND diets can slow Parkinson’s by up to 17 years, finds study

14 Jan 2021 --- Researchers at the University of British Columbia (UBC) have found evidence for the first time that Mediterranean diets can significantly slow down the onset of... Read More

04 Dec 2020 --- Eating plant-based foods, eggs and dairy instead of red meat can slash  coronary heart disease (CHD), according to a Harvard University study of 43,000 US... Read More

27 Nov 2020 --- Palm fruit extract supplier Phenolaeis will launch a functional dark chocolate that boasts heart and cognitive health benefits. The NPD is touted as having an... Read More