You are in : All News > Free-from market growth: Increase in global allergy rates and impassioned lobbying spur regulatory upheaval

06 Aug 2019 --- Recent headline-grabbing incidents have drawn attention to the risk many people with allergies face when eating out or purchasing snacks. Research from the UK Food Standards Agency (FSA), in partnership with Allergy UK (AUK) and the Anaphylaxis Campaign (AC), last year noted that over half of young people with a food allergy or intolerance have avoided eating out in the last six months due to their condition. Such statistics highlight the need for a shift in the industry to cater to such consumers. NutritionInsight takes a look at some of the developments in the industry which indicate that a change may be – finally – coming.

US consumers’ growing appetite for more information about their food and technology is enabling eaters like never before, according to Joseph Clayton, CEO of the International Food Information Council (IFIC) Foundation. At the year’s onset, the IFIC Foundation predicted that 2019 would bring a broader focus to the food journey, greater attention to food safety and allergens, continued consumer concern about sugar and increased popularity of plant-based eating.

Speaking to NutritionInsight, Julianne Ponan, Founder of Creative Nature Superfoods and speaker on the issues people with allergies face, notes the growing business potential in the free-from market. This increasingly lively space is set to be worth US$899 million by 2021.

Creative Nature Superfoods’ ranges include superfoods, bars and premade baking mixes, which are free of the 14 official allergens. 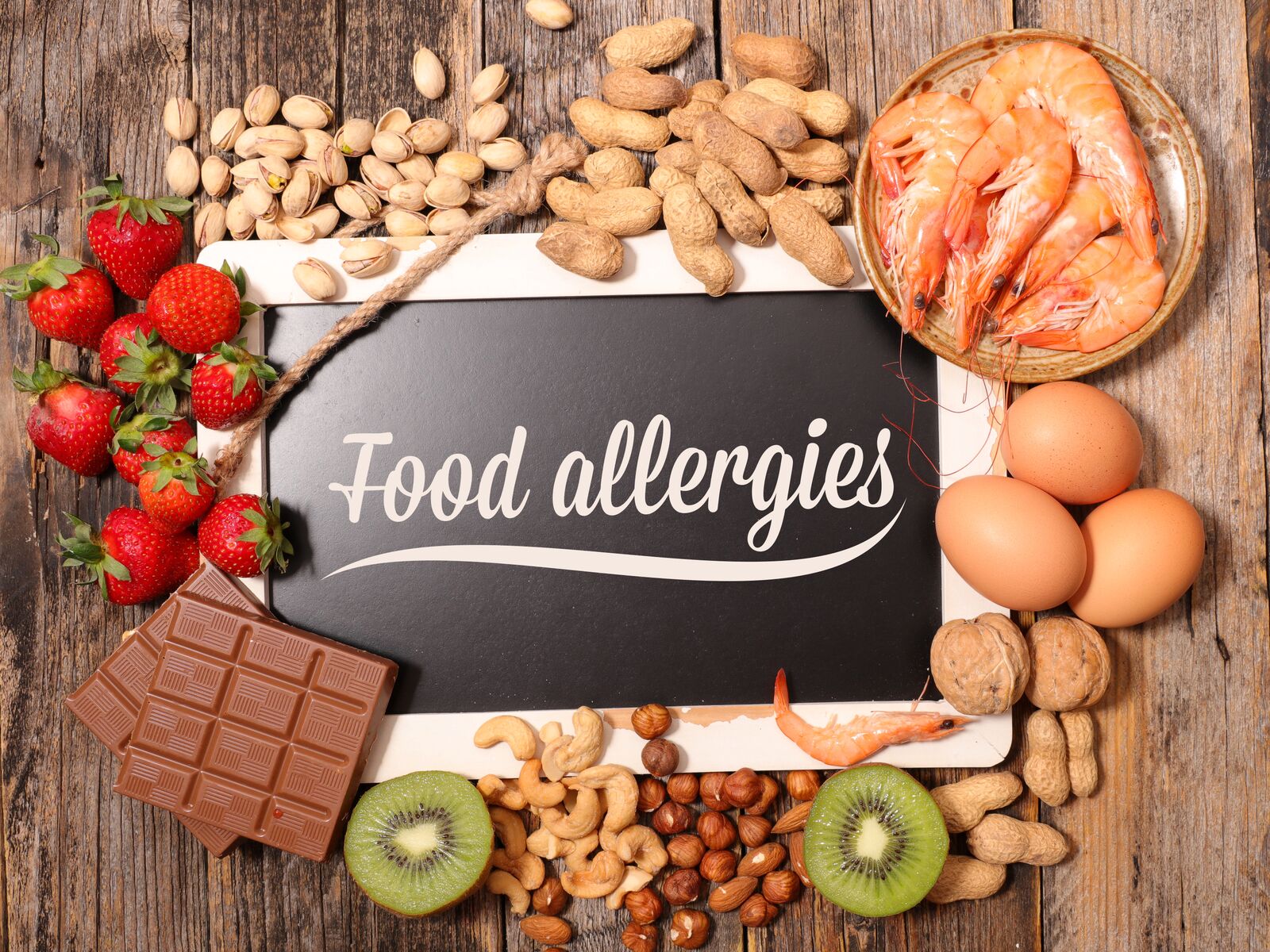 Click to EnlargeTo improve consumer trust and transparency in allergen-free products, companies can work with laboratories to receive adequate scientific backing. Speaking on how the free-from market can improve as it continues to grow, Ponan notes that both the taste element and consumer trust need to improve. “There is still room for innovation. The taste is still not there for some free-from products, for example, but we are constantly innovating. We are finding the ingredients that have the best tastes from around the world and trying to bring those. One to watch is mangosteen and also lotus seeds,” Ponan says.

To improve consumer trust and transparency in allergen-free products, companies can work with laboratories to receive adequate scientific backing. By doing so, products can meticulously be tested for allergens, she explains.

Packaging wins dominate headlines
Lobbying for full allergen labeling on products has not moved fast enough, Ponan explains, but it is now gaining momentum. “Sadly, this is partly due to some people losing their lives and their families having the courage to speak up about it. More people like me have to speak out and the free-from food sector needs to be more robust and move beyond its focus on gluten and dairy. There is too little focus on the full top 14 allergens – especially nuts.”

In a major win for allergen-advocates, earlier this year in the UK, “Natasha’s Law” was introduced, which requires all food businesses producing pre-packaged foods (such as sandwiches or salads) to include full ingredient lists, including all potential allergens. The new legislation will be tabled by the end of the summer, with the expectation that companies will comply by 2021. The British Dietetic Association (BDA) was one of a number of organizations that pushed for stricter rules on allergen and ingredient labeling as part of a consultation held earlier this year.

Pre-packaged foods for direct sale are foods that have been packed on the same premises from which they are sold. For example, a packaged sandwich or salad made by staff earlier in the day and placed on a shelf for purchase. Previously, such products did not need to carry full allergen information and allergic consumers would need to inquire with a member of staff for allergen information. Sandwiches made to order in front of consumers – so called over-the-counter sandwiches – will still not need to come with labels under the Food Standards Agency (FSA) advice.

The law was named for Natasha Ednan-Laperouse, a teenager who tragically died after suffering an allergic reaction to a Pret a Manger baguette. It is hoped the new legislation will make it easier for those with food allergies to identify products that are safe for them to eat.

Ponan notes that many businesses in the industry may complain about the extra costs imposed by this move. However, she warns that “frankly the cost of someone dying from an allergen exposure from eating your particular product will be even higher.”

Click to EnlargeA vast amount of research has gone toward studying children’s allergies.“There are innovative brands out there and there’s the growing veganism trend generally. Many of these products still contain allergens, particularly nuts, so there is still a long way to go. There is also the stigma that these products must not taste good and we’re working hard to create delicious snacks which carry the ‘free-from’ tag,” she says.

Major area for research arises: Childhood allergies
A vast amount of research has gone toward studying children’s allergies. This is partly due to increasing evidence that food allergies are rising globally, particularly among young children.

Research presented at the American College of Allergy, Asthma and Immunology (ACAAI) Annual Scientific Meeting, for example, suggests that peanut allergy in children has increased 21 percent since 2010, and that nearly 2.5 percent of US children may have an allergy to peanuts.

Additionally, recent research has highlighted how increasing allergy rates could be linked to junk food. The study found that children with food allergies have higher subcutaneous levels of advanced glycation end products (AGEs) than children with respiratory allergies, or those with no allergies at all.

High levels of AGEs were also found to be present in many junk foods – specifically in foods that are processed, microwaved, sugar-derived, or in roasted or barbequed meats. AGEs, which are lipids or proteins that become glycated after sugar exposure, have previously been linked to various oxidative-based diseases such as diabetes, atherosclerosis and neurological disorders, but there had been no known prior connection to food allergies – until now.

“As of yet, existing hypotheses and models of food allergy do not adequately explain the dramatic increase observed in the last years – so dietary AGEs may be the missing link. Our study certainly supports this hypothesis, and we now need further research to confirm it,” remarks Roberto Berni Canani, Chief of the Allergy Program at the Department of Translational Medical Science and Chief of the ImmunoNutritionLab - CEINGE Advanced Biotechnologies Research Center at the University Federico II, Italy, and principal investigator in this study.

“If this link is confirmed, it will strengthen the case for national governments to enhance public health interventions to restrict junk food consumption in children,” Canani notes.

The importance of every vulnerable group having access to a wide variety of safe food is reflected in the free-from market growth, and as science continues to investigate the science behind the phenomena of rising allergy rates, this group will continue to be better catered for.

“Tailored to Fit”: Gut health, aging well and naturality come to the fore in 2021

07 Jan 2021 --- Personalized nutrition is a fast accelerating trend, amplified by the COVID-19 pandemic, and it’s making a significant impact on both consumers and ingredient... Read More

06 Jan 2021 --- The blank slate of a new year provides novel opportunities for the nutrition industry to respond to shifting consumer needs. Major trends for 2021 are set to... Read More

23 Dec 2020 --- UN Secretary-General António Guterres is calling for action on the insufficient quantity of fruits and vegetables consumed by global consumers. The UN... Read More

15 Dec 2020 --- Mood-enhancing supplementation demand will surge during winter COVID-19 lockdowns, according to Ayanda company Sirio Europe and the European nutraceutical and... Read More