You are in : All News > Choline: Pregnant women may require twice the current recommendations 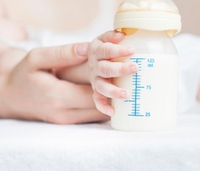 08 Jan 2018 --- New research recently published in the Journal of the Federation of American Societies for Experimental Biology (The FASEB Journal) provides compelling evidence that significantly higher choline intakes during pregnancy, particularly in the last trimester, may result in faster information processing for their babies.

The research, “Maternal choline supplementation during the third trimester of pregnancy improves infant information processing speed: a randomized, double-blind controlled feeding study,” was conducted at Cornell University by Marie A. Caudill and team. The feeding study included 26 women who were entering their third trimester of pregnancy and continued for 12 weeks or through delivery.

Subjects all followed the same 2,100-calorie diet and were randomly split into a control group, who received 480mg of choline daily or an experimental group who received 930mg of choline, using supplemental choline provided by Balchem. The study also controlled for intake of nutrients like vitamin B12, folic acid and vitamin B6, nutrients which can play complementary roles to choline in metabolism. As a result, researchers have stronger evidence to link the study outcomes directly to choline intake.

The authors used well-established cognitive tests to evaluate the newborns’ memory, information processing speed, and visual attention span at four, seven, 10 and 13 months of age. By measuring infant saccade reaction time (RT), a key predictor of childhood IQ, the study authors were able to compare the processing speeds for infants in both groups. The infants whose mothers consumed the 930mg choline dose experienced higher information processing speeds at all ages, significantly faster than the control group. Interestingly, the control group also showed a linear effect of exposure duration, which suggests that even moderate increases in consistent choline intake may support improved cognitive development.

“In animal models using rodents, there’s widespread agreement that supplementing the maternal diet with additional amounts of this single nutrient has lifelong benefits on offspring cognitive function,” said Marie Caudill, professor of nutritional sciences and the study’s first author. “Our study provides some evidence that a similar result is found in humans.”

The finding is important because choline is in high demand during pregnancy yet most women consume less than the recommended 450 milligrams per day.

“Part of that is due to current dietary trends and practices,” said Richard Canfield, a developmental psychologist in the Division of Nutritional Sciences and the senior author of the study. “There are a lot of choline-rich foods that have a bad reputation these days,” he said. Eggs, for example, are high in cholesterol, and health professionals, including those in the government, have raised caution about pregnant women consuming undercooked eggs, which may deter women from eating them altogether, even though such risks are low for pasteurized or cooked eggs, Canfield said. Red meats are often avoided for their high saturated fat content, and liver is not commonly eaten, he added.

Two previous studies by other research teams had mixed results after examining cognitive effects of maternal choline supplementation, perhaps due to study designs that were not tightly controlled, Caudill said.

Choline is essential to proper fetal development and is particularly critical during pregnancy. Babies need choline in vast quantities as it is a necessary structural element of the phospholipid membranes of all brain cells, along with docosahexaenoic acid (DHA). Although the Adequate Intake (AI) of choline during pregnancy is 450mg per day, recent research shows that less than 10% of pregnant women achieve this amount (Wallace TC, Fulgoni VL, 2017). On average, pregnant women actually consume 319mg of choline per day, which is just 70% of the AI and less than two-thirds of the control group’s 480mg daily intake in the Cornell FASEB study.

These findings are consistent with other research that supports the important role choline plays for pregnant women and newborns. In fact, the American Medical Association (AMA) recently recommended that choline be included in all prenatal multivitamins as a result of the clear science and demonstrated benefits.

“The growing body of science, along with the newly established Reference Daily Intake (RDI) of 550mg and the recent AMA endorsement, make it clear that increasing awareness of and access to choline for pregnant women is a priority,” said Tom Druke, Director of VitaCholine Brand Development, Balchem Human Nutrition and Pharma. “We are proud to have provided VitaCholine as the supplemental choline source for this important study and we continue to invest in clinical research showing how important choline is to good health, particularly during the first 1000 days of life when the demand is so high and the benefits so substantial.”

Though the study has a small sample, it suggests that current recommendations for daily choline intake may not be enough to produce optimal cognitive abilities in offspring, Canfield said. Current choline intake recommendations are based on amounts required to prevent liver dysfunction and were extrapolated from studies done in men in part because no studies had investigated requirements during pregnancy.

“A prudent approach would be to increase dietary choline intake by consuming more animal source foods during pregnancy – egg yolks, lean red meats, fish and poultry,” said Caudill. “For women who restrict animal-sourced foods, consuming a choline supplement that provides choline at a level comparable to 450 mg/day may be needed.”

This study focuses on choline’s importance during fetal development because the nutrient plays key roles in cell membrane structure and function, DNA methylation and gene expression, and is a precursor to the neurotransmitter acetylcholine.

Co-authors include Barbara Strupp, professor, and Julie Nevins, postdoctoral associate, in the Division of Nutritional Sciences.

The study was funded by the Egg Nutrition Center, the Beef Checkoff, the US Department of Agriculture, the Institute for the Social Sciences, the Bronfenbrenner Life Course Center, and the National Institute of Food and Agriculture.

07 Aug 2020 --- In nutrition news this week, the Balchem Corporation reported positive growth in its Q2 financial report, while Gelita revealed that it will be the European... Read More

01 May 2020 --- This week in nutrition news, Gerber introduced two children’s A2 formulas to the US market, rich in probiotics, human milk oligosaccharides (HMOs) and... Read More

20 Dec 2019 --- In nutrition news this week, OmniActive Health Technologies partnered with Shanghai Prochin to distribute its Lutemax2020 ingredient to provide its vision and... Read More