You are in : All News > Nexira achieves carbon neutrality for acacia products in industry first

04 Feb 2021 --- France-based natural ingredients company Nexira has achieved carbon neutrality for its Inavea line of acacia gum products. The company initially launched the brand in 2019, intending to achieve neutrality by January this year.

Nexira’s achievement is part of voluntary efforts to improve environmental sustainability standards throughout industry, something the company says it has been driving since the early 1970s.

“As the world leader in acacia gum, we have a corporate responsibility. We must look to the future and carry strong values, which have meaning and correspond to us,” says Mathieu Dondain, CEO of Nexira.

“Global warming is a significant and immediate challenge. Carbon neutrality is certainly an ambitious project from an environmental and economic point of view. It embodies all the actions we have been carrying out for a long time.” 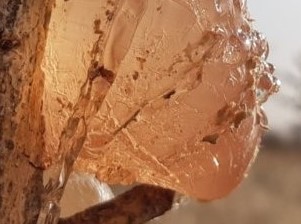 Acacia gum is harvested throughout the Sahel region of Africa, where it grows naturally.Achieving neutrality
Nexira sources its acacia from all 15 countries that make up the “gum belt” of the Sahel, including Senegal, Mali, Chad and Sudan.

Its approach to reaching a certified carbon-neutral production process has been divided into three phases with the aid of EcoAct – an international sustainability consultancy and project developer.

According to the Greenhouse Gas Protocol, the first is to measure carbon emissions activity from its sourcing fields to its customers’ delivery.

Its input levels are so low compared to other industries because acacia is grown in natural forests and harvested by local pickers without energy emitting agricultural techniques.

The second phase is to reduce the emissions according to a science-based target in line with the Paris Climate Agreement.

Energy-saving programs, green electricity for manufacturing plants and the reduction of the logistic air freight are examples of measures being taken, notes the company. Nexira's targets are in line with the Paris Climate Agreement.

Lastly, Nexira began compensation programs in countries from which it sources its acacia.

The company’s contributions to the Victoria Water Project in Uganda have resulted in an offset of 30,000 tons of carbon emissions.

The future of neutral acacia
Inavea Pure Acacia and Inavea Baobab Acacia are on the market as carbon neutral finished products. Nexira says it is ready to move ahead with longer-term emission cuts.

“This is our first priority: to reduce carbon emissions by 18 percent across our entire perimeter by 2025, which is aligned with the trajectory of containing temperature increases to below 2C,” concludes the company.

Innova Market Insights crowned “Transparency Triumphs” as its top trend for 2021, with an emphasis on brands that are able to convey product storytelling.

Nutrition company Nexira is broadening its acacia capacities, having invested US$10 million into the expansion of its main France-based production facility. The natural... Read More

France-based Nexira has invested over US$10 million in increasing its acacia fiber processing capacity by over 20%. This is a response to rising demand for the... Read More