You are in : All News > Low sodium diet boosts quality of life for heart failure patients, study finds 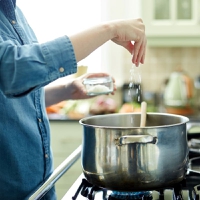 This is according to a study funded by the Canadian Institutes of Health Research and presented at the American College of Cardiology’s 71st Annual Scientific Session that took place over the weekend.

“There is overwhelming evidence linking too much salt to raised blood pressure, the single biggest risk factor for strokes and cardiovascular disease,” Sonia Pombo, nutritionist and campaign manager at Action on Salt, tells NutritionInsight.

“We can no longer put a blanket recommendation across all patients and say that limiting sodium intake is going to reduce your chances of either dying or being in the hospital, but I can say comfortably that it could improve people’s quality of life overall,” says Justin Ezekowitz, lead author and professor at the University of Alberta’s Faculty of Medicine & Dentistry.

“The broad rule that I’ve learned from dietitians is that anything in a bag, a box, or a can generally has more salt than you would think.”

Most dietary sodium is hidden in processed foods or restaurant meals rather than being shaken at the table, notes Ezekowitz.

Considering the study findings, Ezekowitz encourages clinicians to consider dietary changes as a helpful intervention for some patients.

Improvements found for the low-sodium participants
The study included 806 patients located at 26 medical centers in Canada, the US, Columbia, Chile, Mexico and New Zealand. All of the participants had heart failure.

Half of the patients in the trial were randomly allocated to receive standard treatment, while the other half received nutritional counseling on how to minimize their salt intake.A low-salt diet improves symptoms and quality of life while not preventing death or hospital visits.

Dietitian-designed menu options using foods from their region were given to patients in the nutritional counseling arm of the experiment. These patients were advised to cook at home without adding salt and avoid high-salt ingredients.

Changes in salt intake
The daily sodium intake target was 1,500 mg, or about two-thirds of a teaspoon of salt, which is the Health Canada recommended limit for most Canadians, whether or not they have heart failure.

Patients consumed 2,217 mg per day before the trial or just under one teaspoon. After a year of research, the standard care group consumed 2,072 mg of salt per day, compared to 1,658 mg for those who received dietary advice, a reduction of about a quarter teaspoon equivalent.

Following the study, the researchers will conduct further studies to identify a signal in the blood of patients who benefited the most from the low-sodium diet to provide more tailored individual diet prescriptions.

The researchers will also follow up with the research participants at 24 months and five years to see whether there are any long-term advantages.

According to an Ajinomoto survey, most consumers know the health benefits of limiting sodium intake, which range from health maintenance to increased longevity.

The food industry continues to innovate around the trend of low salt formulations, with recent launches including a seaweed sodium reduction solution from Salt of the Earth and salt reduced pizza sauces.