You are in : All News > Legalizing psychedelics? Nutrition industry eyes regulation for psilocybin and mental health 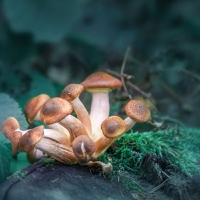 29 Aug 2022 --- Regulatory bodies are unable to meet demand and production surrounding ingredients such as psilocybin, which have re-emerged from underground and out into the open once again. Scientists are calling for a re-evaluation of drug policies and psychedelics, which may enable the nutrition industry to hone in on preventative health and wellness.

In this two-part report, NutritionInsight speaks to Alkemist Labs and Mushroom Design, eyeing the evidence, opportunities and challenges surrounding functional mushrooms and psychedelics. The upcoming second part, to be published this week, discusses the science behind these ingredients and why researchers are calling for a change in legislation.

Currently, in the US, “classic” psychedelics such as psilocybin, LSD, mescaline and iboga are illegal nationwide under federal law, though there are some locations where it is decriminalized, such as Oregon, explains Ashley Southard, CEO and co-founder of Mushroom Design.

“As an industry, this means that any national company isn’t generally interested in selling any illegal substances, and the focus is generally divided between direct to consumer goods: selling functional products (medicinal mushrooms and herbs), and drug development - of molecules related to, or delivery methods for the delivery of, psychedelic substances.”

Experts expect it will take years before there is a legal product containing  botanicals combined with psychedelic plants.Demonized plant with healing potential?
According to Elan Sudberg, CEO of US-based Alkemist Labs, the current legal status has rules which are “unnecessarily restrictive” and are slowing down the progress in combating a plethora of mental health issues.

“People are reaching for better ways to support both immune health and mental health. Perhaps that new need, coupled with compelling research into the efficacy of psychedelic plants in treating PTSD and addiction in ways conventional drugs are not able to, has increased willingness to reconsider once demonized plant or fungi.”

“What’s most interesting is that in many cases, depression and anxiety are related to inflammation, which can be reduced by medicinal (non-psychedelic) mushrooms as well,” Southard adds.

Research in the use of psychedelics and “magic mushrooms” is booming, with John Hopkins Medicine landing its first federal grant of almost US$4 million in half a century for psychedelic treatment.

“While the legality is slowly changing, I predict it will be years before we see a legal product containing legacy botanicals combined with psychedelic plants and or fungi. It’s a complicated regulatory challenge, but still, there are a number of new pioneers in the field,” underscores Sudberg.

A contentious history
The US drug schedule was created in the 1970s, and many of the scheduling decisions were made in the absence of clear scientific evidence, explains Adam Levin, affiliate scholar, Center for Psychedelic Drug Research and Education, The Ohio State University College of Social Work.

“There were political motivations for some of these decisions. In the case of psychedelics, they became associated with the counterculture and anti-Vietnam War movements, both of which presented significant challenges to the social and political establishments of the time. So, placing them in the most restrictive schedule (Schedule I) was a way of targeting people and cultures, not just the drugs.”

“These scheduling decisions have persisted because the system is not set up to flexibly incorporate emerging evidence,” Levin adds. The regulatory framework and drug policy needs to catch up with the latest research and consumer demand, industry says.

West catching up?
According to Southard, medicinal mushrooms have been used for centuries in traditional medicine alongside herbs and adaptogens, especially in Ayurvedic medicine and traditional Chinese medicine.

“The West has a tendency to want a solution right now, and herbs and fungi simply don’t work like that - they work with the natural flow of the body, and thus are more gentle and less taxing on the body over time.”

Similarly, Sudberg adds that while developments surrounding mushrooms have been described as a “shroom boom,” medicinal use of fungi has been around for a long time.

“At a recent trade show, I tried everything from mushroom jerky to mushroom drinks. The benefits of various mushrooms, from immune support to cognitive function and beyond, can be remarkable.”

Pandora’s box of challenges
Currently, the biggest challenge the industry faces is that regulating bodies are not prepared to meet the speed of this demand and production, Southard adds.

“Whether it’s the US Food and Drug Administration regulating safety, the DEA regulating legality, or the medical system determining how to best utilize psychedelic medicines. I think it’s incredibly important not to recreationalize psychedelic substances at this point since these medicines are so powerful.”

“While they can be incredibly healing, they can also open Pandora’s box of memories and beliefs, and if the user isn’t prepared to address these (which is why pre- and post-treatment practices are important), they can actually do more harm than good.”