You are in : All News > Psychedelics: Magic mushrooms merging into supplement industry? 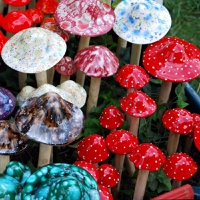 17 Jun 2022 --- With consumers increasingly turning to supplements for mood amid increasing anxiety and depression levels dubbed as “epidemic”, there is an observed interest in psilocybin – the psychedelic compound in “magic” mushrooms increasingly spotlighted for mental health.

The wave is spurring increasing research across universities, including Johns Hopkins Medicine, recently landing its first federal grant of almost US$4 million in half a century for psychedelic treatment.

At the same time, companies are experimenting with how to best utilize mushrooms in a manner that is legal – until regulatory developments catch up with consumer demands.

Observing the developments, the American Herbal Products Association (AHPA) has chartered its own Psychedelic Plants and Fungi Committee. Its aim is to address issues related to the safe use and responsible commerce of lawfully marketed products derived from psychedelic plants and fungi.

“Psychedelics are becoming more mainstream as more and more people are discovering their potential. Mainstream media are now highlighting studies, major universities are building research arms dedicated to psychedelics, and people can research for themselves online,” says Jolly.

Depression rates have reached “epidemic” levels.Overcoming regulations: A moral imperative?
Psilocybin and psychedelics are not legal as a supplement in any part of the US, Jolly explains. “Some companies are trying to go the pharmaceutical route with DEA schedule 1 licenses, but they will not make products you can buy in the store.”

Currently, industry is making use of functional mushrooms as an introduction to the benefits of mushrooms, he adds.

“Traditionally, there have been psychedelics used by various cultures to help people resolve trauma and mental illness, so the potential of these substances has been known for a very long time,” Sudberg underscores.

“Research into the potential benefits of psilocybin for treating PTSD showed promising potential, and with the limited success of conventional allopathic treatments, seeing if this option helps release more people from being in mental and emotional pain is a moral imperative.”

“With the emergence of legal psychedelics being professionally used to address major mental health issues – and research finding significant benefits in that context – it’s crucial that the category be developed with experience and deliberation.”

Following the same route as CBD?
According to Jolly, a shift in how psilocybin and psychedelics are perceived has been spurred by a backfiring in the “massive effort to demonize cannabis.”

“People have discovered the narrative they had been told about cannabis’ dangers are proving to not only be false but the opposite of what was said.”

Similarly, Sudberg explains the process required to help the sector grow responsibly is one they’ve emulated in the past for cannabis. It includes influencing marketplace growth, advocating for best practices and being a voice of informed reason.

“The challenges in establishing this product category are significant and include legal and regulatory status, defining and designating quality, access, risk mitigation, and developing and implementing technical specs – just to list a few.”Psilocybin creates new neural pathways in the brain which can help people break the cycle of depression or anxiety.

Fighting “draconian” laws
The grassroots effort of the “decriminalize psilocybin mushroom initiative” on May 7, 2019 may have also been the tipping point bringing change, Jolly adds. The movement has resulted in campaigns in over 100 US cities with the aim of decriminalizing psilocybin, and expanding access to their benefits.

“Since then, 14 cities and the state of Oregon have decriminalized or legalized their use. Research from esteemed universities such as Johns Hopkins has led to people becoming informed, but the legislative initiative has started a renewed interest.”

“Draconian drug laws ended the promising research that was happening in the 50s and 60s and are still in place, prohibiting the progress that could be made for our health and well-being. Even after massive advancements and medical breakthroughs, the DEA still has psilocybin scheduled as a class 1 narcotic,” he adds.

Sudberg adds: “The truth is there are benefits to be derived from natural products. The world is suffering. People are sick. We have natural options to help people, but they have been previously demonized, and it's time to set them free.”

Reaching the public
Research into the use of psychedelics for therapeutic purposes today is in controlled settings, so seeing products available on the shelf next to vitamin C is not likely to happen “any time soon,” Sudberg explains.

“I believe we will see the psychedelic sector running parallel to the dietary supplements industry.”

Nonetheless, beyond regulatory concerns, there are fears that “charlatans will do what they do best and muddy the water with spurious or even harmful offerings.”

In attempting to reach consumers under the existing legislation, companies are eyeing mushrooms as a tool to target immunity and focus, with a goal that people will prioritize natural mushroom extract supplements rather than over-the-counter medications in ten years’ time.

Mushroom ingredient innovators Scelta Inside and MBio have signed a distribution agreement allowing the two companies to cooperate in bringing vitamins derived from the... Read More