You are in : All News > Lawsuits filed against Abbott Nutrition for alleged death and illnesses linked to infant formula 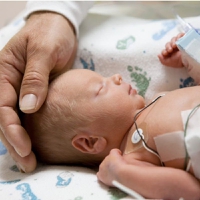 31 May 2022 --- Abbott Nutrition is facing lawsuits across the US concerning its “tainted” infant formula powders produced at its Sturgis, Michigan production site. Parents whose infants consumed recalled infant formula are suing the company after reports the baby formula was linked to four hospitalizations and two deaths.

According to the US Judicial Panel on Multidistrict Litigation, Abbott faces 16 lawsuits across the country.

However, Abbott strongly defends its position.

“Abbott has spent decades researching, developing, testing and producing formulas for premature infants and countless infants have benefitted from these formulas. These allegations are without merit,” the company tells NutritionInsight.

Nicole Cresap is the latest to sue Abbott Labs in US District Court in Chicago, where its Nutritional Products Division is located, over its claim that its Similac baby formula was safe for premature babies. Cresap’s infant daughter died in December 2021.

With allegations of strict product liability and breach of warranty, Suarez is attempting to represent a nationwide class of consumers who suffered personal injuries due to the allegedly tainted infant formula.

Cresap filed a lawsuit against Abbott Laboratories, accusing the company of her premature baby’s death last year.Suarez’s lawsuit was filed one day after the US Food and Drug Administration’s (FDA) investigation of the Abbott nutrition facility in Sturgis, Michigan, identified five environmental subsamples positive for Cronobacter sakazakii.

FDA course of action
After the recall, the FDA stated that consumers should avoid using recalled Similac, Alimentum, or EleCare powdered newborn formulas. The agency added that the recalled products can be identified by looking at the seven to nine-digit code and expiration date on the bottom of the package.

Abbott is working with the FDA to reopen its Sturgis site. The company will also collaborate with industry experts to improve its food manufacturing operations using current technological advancements.

These advancements, according to the company, include a 3D augmented reality system that will allow the product to be visualized more precisely as it passes through the facility. This will improve the company’s ability to make informed decisions during the manufacturing process, including remotely.

Gastrointestinal distress
Kennedy Hayes, Cresap’s daughter, was admitted to Morristown Medical Center, US, for neonatal care last year. The report details that Hayes, who weighed one pound and nine ounces, was initially fed a mix of breast milk and formula.

According to a report, the lawsuit argues that the company’s products may induce necrotizing enterocolitis (NEC), a fatal bacterial illness in newborns.

By February, she was on Similac Special Care 24 High Protein and 30 High Protein. The infant was diagnosed with NEC, a gastrointestinal condition, and had surgery to remove her intestines a month later. Still, she died of multi-system organ failure and cardiac arrest, according to the lawsuit.

Suarez claimed in his complaint that on January 30, he bought Alimentum infant formula and stated that his daughter’s gastrointestinal distress symptoms persisted for weeks after she consumed the product. Suarez requests class certification, damages, fees, costs and a jury trial.

Symptoms of NEC usually develop within the first two weeks of life and include a bloated stomach, food that does not pass through the intestines and remains in the stomach, bloody stools, a low heart rate and difficulty breathing.

Symptoms of NEC include a bloated stomach, bloody stools, a low heart rate and difficulty breathing.According to the report, the gastrointestinal condition, which causes colon and intestine necrosis, affects 7% to 12% of preterm children weighing less than 3.3 pounds. The disease’s frequency “appears to be either stable or rising in various studies.”

Insufficient supplies
The European supply of infant formula remains stable, despite nationwide shortages in the US. Industry experts assure that the current events in the US are a one-of-a-kind circumstance that will not be replicated across the EU.

To address infant formula shortages across the US, president Joe Biden enacted the Defense Production Act that will accelerate infant formula production and permitted flights to import supplies from other countries.

As part of Operation Fly Formula, companies from across the globe are exporting items to the US, including Danone, Australia Bubs and Nestlé.

The US Food and Drug Administration (FDA) is investigating another death potentially linked to Abbott infant formula. The revelations come amid an ongoing probe over two... Read More

Abbott has stopped producing EleCare specialty formula at its Sturgis plant in Michigan, US, after parts of it were flooded following heavy thunderstorms. The move will... Read More

Abbott Nutrition will be increasing infant formula supply across the US market with 686,530 cans, accessible to consumers in June. The cans are being produced in Spain... Read More