You are in : All News > President Biden steps in as infant formula shortages drive “predatory” market behavior 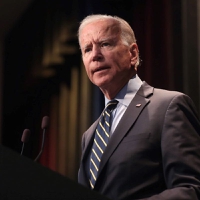 16 May 2022 --- US President Joe Biden has announced a series of measures in a bid to tackle the nationwide infant formula shortage, amid reports of “predatory behavior” in the market. The move comes as supermarket shelves have been observed to be empty and price gouging has proliferated the online space.

“President Biden has asked the Federal Trade Commission to use all its available tools to monitor and investigate reports of illegal and predatory conduct,” a statement by the White House says.

Measures include slashing red tape, simplifying product offerings to allow manufacturers to increase the speed and scale of their infant formula production. The administration has also asked the State Attorneys General to crack down on any price gouging or unfair market practices related to infant formula sales.

The USDA stresses more states should relax regulations to tackle formula shortage.Boosting quantity without affecting quality
Additional measures have been announced by the Biden administration to get increased supply without decreased safety measures. One of those measures is to simplify the product offerings as that also simplifies the manufacturing process, so increase quantity and ensure stabilization.

While the US produces 98% percent of the infant formula it consumes, trading partners in Mexico, Chile, Ireland, and the Netherlands are key sources of imports.

“Given the production and distribution issues leading to local short supplies of infant formula, the US Federal and Drug Administration (FDA) will, in the coming days, announce specific new steps it is taking concerning importing certain infant formula products from abroad,” a White House statement outlines.

The announcement also outlines the increased use of WIC benefits (the Special Supplemental Nutrition Program for Women, Infants, and Children) among retailers and different products, to help vulnerable families with lower income levels to access formulas. This has been an additional issue in the ongoing crisis as arbitrage opportunities were created by the shortage of supply and increased demand.

Monitoring market pricing
The White House also seeks to ensure products are being sold for the correct prices amid observed price gouging. One approach is to impose purchasing limits, to prevent the products being bought at retail price and sold for a much higher amount. This will also be investigated and monitored by the Federal Trade Commission, following Biden’s request.

“There have been several reports that actors are purchasing formulas at retail stores and reselling them online at a markup several times the retail price, especially specialty brands of formula that have experienced the most disruption. These actions not only are costing families hundreds of dollars for formulas they need, but drive scarcity on the market,” the White House briefing outlines.

The FDA has worked with companies since February, calling on them to issue purchasing limits to “help limit such predatory behavior.”

Agencies grouping together
In the meantime, the US Department of Agriculture (USDA) is also offering flexibilities surrounding WIC. The program is one approach to helping low-income families get their hands on the formula they require.

Usually, there are strict rules of what formulas the WIC members can purchase and from which retailers to ensure they reach the nutritional requirements. However, during the crises of shortage, these rules have been loosened.

The USDA is not only working internally within their department to increase the access to infant formulas but “across the federal government, suppliers and partners to end this infant formula crisis as quickly as possible,” states Tom Vilsack, Agriculture Secretary at the USDA.The federal government, formula manufacturers, and organizations are working together to battle the nationwide supply chain crisis.

Abbott taking actions
The voluntary product recall from Abbott in February has compounded the supply issue across the US. A number of items were recalled after consumer complaints of Cronobacter sakazakii infections. Investigations are ongoing over the death of two infants and four hospitalizations, in connection to the company’s formula items.

The investigation ran several tests to find the origin of the bacteria. According to Abbott Nutrition, it was found in the environmental testing but not in product-contact areas of the facility. The samples of the two infants neither matched each other nor the strains of the bacteria in the plant.

The FDA and the Center for Disease Control tested samples used by one of the children, whereas the unopened samples tested negative, and so did two of the three opened samples. The sample that tested positive for two strains of Cronobacter sakazakii showed that one matched the strain causing the infection for the infant, and one matched a strain from the bottle used to mix the formula.

Abbott highlights that neither of the strains that caused illness matched strains found in their plant.

Since the recall, Abbott has shipped millions of cans from their FDA-registered facility in Ireland to the US, prioritizing production in Ohio, and increasing the value and number of coupons for all infant formula products.