You are in : All News > US President Biden invokes Defense Production Act amid choking infant formula shortage 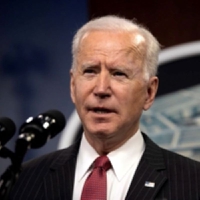 In what the US White House calls “Operation Fly Formula,” Biden also enables the Department of Defense to employ commercial planes to fly formula supplies that meet federal criteria from overseas to the US.

Urgent need for infant formula
The introduction of the Defence Production Act coincides with the rising political pressure Biden faces following the closure of infant formula giant Abbott Nutrition’s manufacturing site. The latter was closed as the US Food and Drug Administration (FDA) found five environmental subsamples at Abbott’s Sturgis, Michigan site, were positive for Cronobacter sakazakii and linked to at least one death.

In response to mounting political pressure, Biden also permits the Pentagon to use commercial aircraft to import supplies.Abbott recently announced plans to reopen its infant formula production in Sturgis, Michigan, two weeks after receiving clearance from the FDA. Before resuming manufacturing, the company must update its safety regulations and procedures.

This action is being taken as part of a consent decree with the FDA, which outlines the measures required to reopen the facility for production, including achieving FDA food safety standards.

Additionally, Abbott’s voluntary recall of its contaminated products worsened supply chain problems among formula manufacturers, leaving fewer alternatives on store shelves and increasing anxiety among parents attempting to get nutrition for their infants. Earlier this month, the FDA allowed the release of Abbott Nutrition’s recalled products in life-sustaining “urgent cases.”

Earlier this week, Biden announced measures to tackle infant formula shortages as the market now has reports of “predatory behavior”. This move follows the online market price increases due to infant shortages in stores.

Taking legislative action
The Defense Production Act order requires formula manufacturers’ suppliers to fulfill orders before other clients’ orders to avoid production congestion. Also, the FDA announced that it would streamline its review process to make it easier for overseas manufacturers to begin exporting more formula into the US.

To increase infant formula supply, a US$28 million emergency spending bill to bolster FDA resources may be implemented.NutritionInsight reported that the FDA is looking into increasing the flexibility of infant formula supply developed by companies across the US and worldwide to see whether the distribution can be realigned to help get the right product to the right place at the right time.

The White House’s measures come as the Democratic-led House prepares to vote on two pieces of legislation addressing the baby formula shortage on Wednesday, as lawmakers seek to show progress on what has become a worrisome development for many families.

As part of the measures to increase infant formula supply, a US$28 million emergency spending bill to bolster FDA resources may be implemented. However, it is uncertain whether the US Senate will take it up.

In the case of a supply disruption, one plan with broad bipartisan support would allow the agriculture secretary to issue a limited range of waivers.

The idea is to allow participants in the Women, Infants and Children (WIC) program to use vouchers to buy formula from any manufacturer rather than being restricted to a single brand that may be unavailable. The WIC program accounts for over half of all infant formula sales in the US.

The US Food and Drug Administration (FDA) is investigating another death potentially linked to Abbott infant formula. The revelations come amid an ongoing probe over two... Read More