You are in : All News > Gut-brain connection: Fatty foods curb capacity to recognize satiety 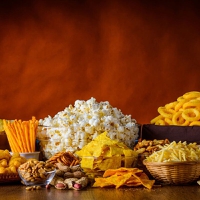 14 Aug 2019 --- In obesity resulting from consuming a high-fat diet or overeating, the body stops responding to natural hormonal signals of satiety, or “fullness.” This mice-study finding has been coined a “new piece of the complex puzzle” of weight gain by the team at Baylor College of Medicine, Texas, US. It is widely known that leptin, a hormone produced by fat cells, triggers the sensation of feeling full when we have eaten enough. Until now, it was unknown that fatty foods could inhibit this natural process through a gut mechanism. These findings further implicate the importance of a healthy diet in weight loss and maintenance.

The researchers also add that, although more research is needed, the findings might one day be translated into weight-loss strategies. These could restore the brain’s ability to respond to the anti-leptin effect spurred by fatty-foods consumption.

“When we first started this study, we had no idea of what factors could affect brain circuits regulating food intake and body weight,” corresponding author Dr. Makoto Fukuda, Assistant Professor of Pediatrics at Baylor and the USDA/ARS Children’s Nutrition Research Center at Baylor and Texas Children’s Hospital, tells NutritionInsight. “During screening, the gut hormone GIP was hit. It turned out that this gut hormone has an impact on obesity via brain metabolic circuits.”

GIP is one of the incretin hormones produced in the gut in response to eating and is known for its ability to influence the body’s energy management. These data indicate that GIP and its receptor in the hypothalamus, a brain area that regulates appetite, are necessary and sufficient to elicit leptin resistance. This is a previously unrecognized role of GIP on obesity that plays directly into the brain.Click to EnlargeHigh-fat diets may reduce our capacity to feel full.

“GIP is produced in higher levels in the gut of obese animals and humans, and travels to the brain and inhibits leptin there. So this mechanism only happens when fatty foods are ingested. As leptin normally prevents eating when we feel full, the leptin systems do not work when we eat too much fatty foods and/or are obese,” Dr. Makoto Fukuda adds.

The researchers evaluated the effect that blocking the GIP receptor would have on obesity by infusing directly a monoclonal antibody developed into the brain. The antibody effectively prevents the GIP-GIP receptor interaction and was developed by Dr. Peter Ravn at AstraZeneca. This technique significantly reduced the body weight of high-fat-diet-fed obese mice, but there are no plans to progress its application to humans.

Further experiments showed that if the animals were genetically engineered to be leptin-deficient, then the treatment with the specific monoclonal antibody did not reduce appetite and weight in obese mice, indicating that GIP in the brain acts through leptin signaling. In addition, the researchers identified intracellular mechanisms involved in GIP-mediated modulation of leptin activity.

Fukunda summarizes that when eating a balanced diet, GIP levels do not increase and leptin works as expected, triggering the feeling of being full in the brain when the animal has eaten enough and the mice stop eating. But, when the animals eat a high-fat diet and become obese, the levels of blood GIP increase. GIP flows into the hypothalamus where it inhibits leptin’s action.

“Consequently, the animals do not feel full, overeat and gain weight. Blocking the interaction of GIP with the hypothalamus of obese mice restores leptin’s ability to inhibit appetite and reduces body weight,” he concludes.Click to EnlargeAlmost a third of UK adults are obese, according to Cancer Research UK statistics.

Obesity-reduction efforts
Almost a third of UK adults are obese, according to Cancer Research UK statistics, while the prevalence of obesity was 39.8 percent and affected about 93.3 million of US adults in 2015-2016, reports the US Centers for Disease Control and Prevention (CDC). In light of such hard-hitting statistics, efforts in the space to combat the epidemic are wide-ranging.

Cancer Research UK is urging further governmental action on this front. New figures released in July by the charity show that excess weight causes more cases of certain cancers than smoking and that people who are obese now outnumber people who smoke two to one in the UK. The charity is also urging the UK government to take action to tackle the issue, noting that while the next generation could be smoke-free, obesity has reached epidemic levels. Tackling obesity in a government-led way that mirrors how smoking was approached could be key, they suggest.

Meanwhile, in a study that examined the psychological satisfaction people gain from food, it was found that obese people have higher initial taste perceptions of chocolate that decline at a more gradual rate than non-obese people. Published in the Journal of the Academy of Nutrition and Dietetics, the researchers say the findings may help explain why some people eat more than others. This could potentially lead to new avenues for treating and preventing obesity.

In the US, Mayo Clinic and Viome – a company transforming health through personalized nutrition based on individual and microbiome biology – have joined forces to understand the role of nutrition in disease better. The collaboration will explore the potential of Viome’s artificial intelligence-driven personalized diets in helping to manage disorders such as obesity, as well as sleep apnea. The collaboration will leverage Mayo Clinic’s medical expertise and Viome’s proprietary microbiome analysis platform and will focus on measures of obesity (including body fat percent), metabolism (as measured with blood glucose test HbA1c) and sleep.