You are in : All News > Toeing the ethical line? “Natural” claims deceive consumers, experts warn 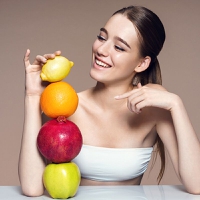 13 Aug 2019 --- The diversification of the food and beverage industry is increasingly presenting labeling challenges to companies active in the space. These range from knowing how to appropriately label market “newcomers,” such as meat alternatives, to communicating health claims to consumers. PackagingInsights contemplates the potential “disconnect” between the actual healthiness and the health claims a product may carry, as well as what responsibilities along ethical lines this may bring to suppliers and packaging companies.

“Packaging has several important purposes, including conveying information. Beyond the legal requirements of what must be included on the package, its design becomes a powerful tool for informing and encouraging consumers to purchase a product,” Pierre Chandon, the L’Oréal Chaired Professor of Marketing, Innovation and Creativity at INSEAD (Institut Européen d’Administration des Affaires), tells PackagingInsights.

“Therefore, it is important that companies ensure that nothing about their package design leads to incorrect inferences on the part of the consumer, while still providing an attractive and compelling product offering. This may involve thinking beyond the strictly legal requirements to ensuring that your package design does not cross any ethical lines,” he explains.

The increased demand for “clean labels” presents such a labeling challenge, explains Mayer Brown Lawyer, Emily Strunk. This is a particular issue as we are now in an age when consumers aren’t necessarily always educated enough about ingredients to understand whether it fits into their own definition of “clean,” she explains. Within the notion of a “clean label” also comes the ever-present concept of “natural.”When consumers were asked what characteristics they expected from a natural product, 53 percent wanted it “to not be genetically modified.”

A quick scan of a supermarket aisle will present several products touting a “natural” claim, often to complement the “natural” packaging aesthetic. However, this term which denotes a somewhat free-from or additive-free profile has also come under heat due to its vague nature.

However, regulatory intervention is yet to come.

“The absence of a US Food and Drug Administration (FDA) definition of ‘natural’ leaves many food companies vulnerable to threatened or actual consumer class action lawsuits. Other undefined marketing terms can raise similar issues, but ‘natural’ has by far received the most attention,” Strunk says.

“Guidance exists – and has existed – for US Department of Agriculture (USDA) regulated food products such as meat, poultry, and some other animal products, but the FDA has not issued meaningful guidance on when ‘natural’ claims are appropriate for FDA-regulated foods.”

In spite of a significant response and consistent pressure from industry for the FDA to issue regulations or guidance on this term, the FDA has resisted doing so, Strunk further notes. “At this point in time, we think it is unlikely that the FDA will define or otherwise provide guidance on ‘natural’ in the near future, particularly since ‘natural’ claims do not raise public health or safety issues.

A “disconnect” between health and health claims?
In the view of Strunk, regulatory action on this front may not be forthcoming. Does this mean then that the onus lies with the suppliers and food companies? This may be so, according to Chandon.

In a set of four studies, it was highlighted that health claims may not be linked to the actual nutritional quality of the product. However, the distinct ways in which food brands use these claims influence consumer expectations and purchasing choice.

The team established the disconnect between the nutritional profile and the front-of-pack claims on breakfast cereals and milk products, and how the types of claim predict consumers’ choices between different foods with or without food claims. In the 633 breakfast cereals included in one of their studies, 460 had a health or nutrition claim on the package.

The researchers found that front-of-package food claims typically take shape across two dimensions. Most notably, scientific (“improved”) or natural (“preserved”) arguments and secondly, the presence of positive attributes or absence of negative attributes.

Speaking about the findings, Chandon elaborates to PackagingInsights, “manufacturers must do all they can to communicate information that is true and not misleading. Sometimes this might mean going the extra mile by providing insights about what a claim doesn’t mean. For example, low cholesterol does not mean low fat, lower sugar does not mean lower calorie and so on.”

To assist in this, it would be helpful for regulators to conduct surveys to understand how people actually understand and interpret food claims, not just how a reasonable person should, he notes.

However, the lack of trust in the food industry from consumers is clear, he explains. “It’s just like how trust in government and other institutions is also decreasing. It is somewhat ironic because companies are now more transparent than before and more careful about their claims. We should also underscore that companies are shifting from science-based claims to nature-based claims as a response to changing consumer attitudes,” he explains.

New times, new challenges
Innovation in the food space is spurring notable culinary newcomers such as meat alternatives. However, foods which are simply crossing continental boundaries to become “newcomers,” and therefore novel in new geographies, also come with labeling challenges.

Innovation in the food space is spurring notable culinary newcomers such as meat alternatives.“What to call novel foods, or foods whose names incorporate established standards of identity. Cell-based meats, meat alternatives, and the many varieties of ‘milk’ that are produced from nuts and grains rather than cows will likely receive attention and clarification in the coming years,” says Strunk.

Disagreements over how to term meat- and dairy-alternative products have ensued in the US and UK. Most recently, ten animal protection, consumer, environment and food NGOs united in an open letter to urge recently-elected MEPs to drop proposals to outlaw phrases such as “vegan sausage roll” and “veggie burger” across the EU.

The prospective ban would effectively prohibit plant-based products from using names that have typically been associated with meat products and preparations, such as “steak,” “sausage,” “drumstick” and “burger,” reserving these terms for exclusive use on meat-derived products. Petitions against this proposal have already gathered around 80,000 signatures.

In April, the EU Parliament AGRI Committee voted in support of far-reaching changes to EU food labeling rules. These proposals, however, did not pass through the rest of the EU policy process before the May 2019 EU Parliament elections. The opposing NGOs note it is currently unclear as to whether the new EU AGRI Committee will want to press ahead with the amendments, or rethink action. The proposals would need to pass through the full EU policy-making process before coming into effect.

While the proposed ban aims to elevate uniformity in labeling to prevent buyers from being misled, the open letter emphasizes that there is no evidence of consumer confusion regarding the naming of plant-based alternatives to animal products. “On the contrary, consumers purchase these items because they do not contain meat or dairy,” it states.

Although on a “natural” platform regulatory clarity may not be in the works, the FDA does actively consider other labeling challenges – such as rules to redefine the nutrient content requirements for food to bear a “healthy” claim. While packaging, food and labeling industries should most definitely be paying attention to these developments, they can also take their own active role in the situation by conducting research, as well as playing by moral guidelines.

Tetra Pak has unveiled a cutting-edge processing method for soy drinks that uses whole soybeans. With many consumers turning to plant-based beverages as a healthy... Read More

This week in nutrition news, Aker BioMarine submitted an application to the Norwegian Directorate of Fisheries to conduct research in aquafeed and salmon fishing. Also,... Read More