You are in : All News > FAO calls for “structural transformations” to address food insecurity in Europe and Central Asia 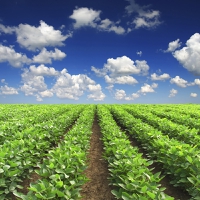 18 Dec 2019 --- Greater public investment in agriculture and rural areas and improved quality of spending is needed to realize goals relating to food security and nutrition in Europe and Central Asia (ECA). This is according to a new report from the UN’s Food and Agriculture Organization (FAO), which reveals that a high number of people in ECA are affected by moderate food insecurity, such as limited food and access to nutritious food, as well as being overweight or obese. FAO hopes that the new report helps identify issues and options for a more informed dialogue and concerted action by all partners to accelerate the collective progress toward the goal of a hunger-free and healthy ECA.

“Almost all countries are under-investing in agriculture relative to the sector’s importance in the economy. More focus is needed by the countries to support the development of infrastructure, services and safety nets to protect agricultural jobs and food security in rural areas. We also shouldn’t forget about the important role of nutrition-sensitive trade policies here,” Cheng Fang, FAO economist, tells NutritionInsight.

The new estimates show that the prevalence of food insecurity was non-trivial, even in many relatively high-income EU and European Free Trade Association countries. “All these indicators paint a worrisome picture. They confirm that the progress in reducing undernourishment and food insecurity has not only slowed but has virtually halted in the past three to four years – even reversing slightly in several countries,” Vladimir Rakhmanin, FAO Assistant Director-General and Regional Representative, writes in the report.

While a severe level of food deprivation is no longer a concern in ECA, many people have trouble accessing sufficient and nutritious food. According to estimates, over 100 million people (11 percent of the population) in the region are exposed to moderate or severe food insecurity.

Click to EnlargeFamily eating out in Armenia's capital. (Source: FAO)The report theorizes that the agricultural sector’s productivity is lagging behind other sectors, which is leading to higher poverty, food insecurity, and malnutrition rates in rural areas. Additionally, the importation of processed foods that are heavy in fat, sugar, and salt has also led to a less healthy diet.

Structural transformations
These dietary trends point to the need for nutrition-sensitive policies in both production and trade areas that raise the availability of several food items, notes Fang. Therefore, FAO is calling for increased support for agriculture and rural development to boost productivity and income diversification. The report elaborates on two increasingly popular framework concepts - the food system approach and agroecology.

The Organization acknowledges that there are trade-offs among all objectives of food systems, but that agroecology and public policy has the critical role of providing incentives and creating a good environment for the participation of all smallholders. Policy reorientation should also stress the need to ensure focus on the most poor and vulnerable.

One element of this is increasing support for small-scale farms, which are the major food producers in many countries of the ECA region, but often need to compete with large-scale commercial farms in terms of their production costs. Fang explains that they are disadvantaged due to a lack of access to innovations, technology, knowledge, information, and market to enhance productivity and income.

However, this will require shifting the focus of agricultural support to general services and rural development. Other challenges include the cost-price squeeze for farmers, consumers’ dependence on supermarkets, and paradoxical requests that farmers sell high-quality products at low prices.

Nonetheless, the report notes that ECA provides many examples of innovative and successful approaches and practices regarding rural development and agroecology that need to be fine-tuned and scaled up.

Click to EnlargeThe FAO notes that the younger generations have a critical role to play in ensuring food safety and availability. Additionally, the FAO is also promoting a framework surrounding market and trade policies and consumer awareness, which can take the form of awareness-raising campaigns based on education, information and advertising. Fang notes that taxation of food high in fat, sugar or salt, as well as proper food labeling regulations are also important.

Last week, the FAO highlighted that the cultivation of pulses could address a range of malnutrition needs around the globe as it embarks on a three-year partnership with the Global Pulse Confederation.

Part of a global issue
At a panel of food security in Africa at the World Youth Forum, the FAO’s Director-General, Qu Dongyu, recently highlighted that a scale-up of youth-focused initiatives can help harness the potential of young people to end world hunger. Many Millennials and Gen Z-ers in Africa and the Middle East are grappling with rising hunger and malnutrition, uptake of increasingly unhealthy diets, lack of stable jobs and income opportunities, climate change, water scarcity, and – in some countries – political conflict.

“The food industry and businesses have a critical role in achieving food security and nutrition as they influence the production, processing, retail and marketing of the food that we eat. More broadly, the food industry can help transform agriculture and food systems for better, environmental, social and economic outcomes,” he says.

He proposes a variety of tactics including optimizing the use of innovation, digital technology and investments; encouraging youth’s greater appreciation of sustainable and healthy food systems; and enhanced policies.

Also this week, the World Health Organization (WHO) highlighted that rapid changes in low- and middle-income countries’ food systems are exacerbating the double burden of malnutrition. The Director of the Department of Nutrition for Health and Development at WHO had previously told NutritionInsight that a food system overhaul is necessary to curb climbing rates of deadly noncommunicable diseases (NCDs).