You are in : All News > EU-wide nutrition labeling consensus proving to be a headache, Griffith Foods reveals 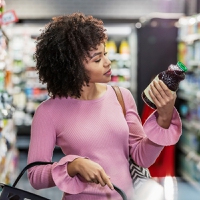 04 Jul 2022 --- Inconsistencies in front of package (FoP) food labeling systems throughout the EU and the UK are a source of confusion for consumers and headaches for corporations, according to a whitepaper on nutrition labeling published by Griffith Foods.

Until now, FoP labeling has been voluntary, but that may all change soon. The EU intends to adopt a standardized system by the end of 2022, and the UK’s High Fat Salt and Sugar scheme is slated to become law in 2023.

The problem is, between the UK and the EU, and even solely within the EU, there is no universal agreement on which system should be used or how they should be applied.

“The greatest obstacle to the introduction of a standardized system firstly lies with the member states agreeing on the system under development,” Mieke Bloeman, market manager, Snack Europe and Simon Hewlett, research and development manager, Griffith Foods, tells NutritionInsight.

The Nutri-Score system is the likely candidate for universal adoption by the EU at the end of the year.

“To date in Europe, FoP nutrition labeling remains voluntary. However, The European Commission will submit a proposal for a harmonized mandatory scheme,” they say.

Mounting confusion
There are at least five FoP systems currently in use in the EU and the UK, and some countries, similar to the UK, have adopted their own systems.

Bloeman and Hewlett explain: “There are several schemes operating in accordance with the Food Information to Consumers Regulations in the EU. These include Nutri-Score, the Traffic Light scheme used in the UK and Ireland, the Keyhole logo used in Sweden and Denmark, and the Choices Logo used in Poland and the Czech Republic.”

“Many argue that the co-existence of a range of FoP schemes in the EU market will lead to more market fragmentation and consumer confusion,” state the two.

“The major issue for (Pan-European) food companies, especially those that operate across the UK and EU, is the checkerboard of systems being used in the European Economic Area.”

Too complex and yet, too simple
The authors state that the popular Nutri-Score system is the likely candidate for adoption in the EU.

Many will recognize the A through E nutritional grade that moves from green to red depending on the nutritional value of the food. It seems simple enough, but not all countries agree on its usefulness.Some countries, like Italy and Spain, claim that the Nutri-Score system does not give enough to the Mediterranean diet.

“Some countries are opposed to this scheme, arguing that it oversimplifies the nutritious value of products,” says Bloeman and Hewlett. “The greatest benefit is to improve the overall health of consumers by providing the information to allow everyone to make informed purchases.

“This means they have the ability to reduce calorie intake, fat, salt, and sugar, which in turn can help reduce the risk of chronic disease.”

Even though 269 European scientists have called for the European Commission to adopt the Nutri-score system quickly, Italy, for one, has rejected the system outright. Italy claims that the system unjustly penalizes the Mediterranean diet and downplays the nutritional value of many products.

Spain also recently flagged problems and called for the Nutri-Score system to remove its FoP labeling from jamón ibérico pork and olive oil, stating it does not take all of the nutrients into account for these types of products.

Corporations feel the heat
The white paper notes that food corporations, especially snack companies, will have to jump through some hoops if they intend to score on a universal system.

“One challenge is that they will have to redesign most food packaging, for all concerned food categories, and reformulate food products to improve the nutritional score without compromising taste and texture alongside the development of regulatory and technical knowledge,” say Bloeman and Hewlett.

“Some experts think that food manufacturers should anticipate a Nutri-score B as standard, making that an unofficial, even an official, industry target that would create some conformity across the EU and the UK,” they stress.

“Others are even recommending that it’s best practice to reconfigure portfolios from this point on and, in doing so, enjoy some first-mover advantage when the new legislation locks in.”

Trouble in the UK?One challenge is that corporations may have to revamp their formulas and their packaging if they hope to achieve a higher nutrition score.
The UK’s Department of Health and Social Care (DHSC) has already published its food promotion guidelines and placement regulations in accordance with the HFSS scheme. Some of that guidance, such as the regulation dictating where HFSS products can be displayed in stores, is due to start this October.

“HFSS guidance will impact predominantly on the promotion of products – the greater challenge is, following the departure from the European Community, exports and imports may become more challenging as the nutritional labeling systems may well differ from one another,” adds Bloeman and Hewlett.

The UK’s HFSS scheme is also not without its detractors. In April of this year, Kellogg’s announced a lawsuit against the UK government for not including milk in their cereals’ nutrition facts. Conversely, the organization Action on Salt claims that the HFSS guidelines do not go far enough and still put citizens at risk.

Something is still better than nothing
Despite all the potential conflicts, the white paper notes that some form of harmonization is still a critical point if consumers are to be adequately informed about the nutritional value of the foods they eat.

Bloeman and Hewlett admit that, at first, there will be some growing pains: “While there is wide acceptance that a standardized system is right, its practical implementation is another matter.”

“The immediate impact could be confusion if the system is not communicated effectively. The consumer may take little or no notice of the advice, and the opportunity to improve their overall health might be lost.”

However, the two conclude that the lasting benefits to the consumer may outweigh the initial risk. “Governments and consumers have long been in need of improvements. Even simplification, in so fragmented a system, is welcomed change,” they conclude.

Thirty-five local, state and national groups have formed partnerships with the Center for Science in the Public Interest (CSPI) to drive changes in US food and nutrition... Read More