You are in : All News > European scientists call for speedy Nutri-Score roll out amid industry push-back

18 Mar 2021 --- Hundreds of scientists have signed a call demanding the European Commission (EC) to imminently adopt Nutri-Score as a harmonized and mandatory front-of-pack nutrition label (FoPL).

“FoPLs have received growing attention from public authorities and learned societies for many years. While back-of-pack nutritional labeling is now mandatory in most countries, only a fraction of consumers use it for food selection,” Serge Hercberg, call signatory and emeritus professor of nutrition at the Sorbonne Paris Nord University, tells NutritionInsight.

Conversely, FoPL helpfully guides consumers toward healthier food choices at the point of purchase as they deliver at-a-glance nutritional information, he continues.

Such information can be easily incorporated in food choices in shopping environments, where food selection is operated in an average of 35 seconds.

“Moreover, they are thought to be incentives for manufacturers to reformulate their products toward healthier compositions, which would be displayed on the FoPL,” Hercberg explains.

They emphasize that Nutri-Score is the only FoPL in Europe that has been the subject of over 40 scientific studies published in peer-reviewed international scientific journals.

These demonstrate its effectiveness, relevance, and utility to consumers and to public health, as well as its ability to outperform other existing labels or labels supported by lobbyist groups.

Hercberg adds that Nutri-Score enjoys strong consumer support and appears to be the preferred format compared to other evaluated logos. Additionally, Nutri-Score has been demonstrated to be particularly efficient for underprivileged people.

He also emphasizes that Nutri-Score does not aim to inform about the nutritional quality of foods in absolute value.

“It is not intended to characterize foods as ‘healthy’ or ‘unhealthy’ like a binary logo. Nutri-Score is a gradual logo with five categories, which makes it possible to provide information in relative value. Depending on the color and letter, the overall nutritional composition is more or less favorable, thus facilitating comparisons of nutritional quality across the foods.” 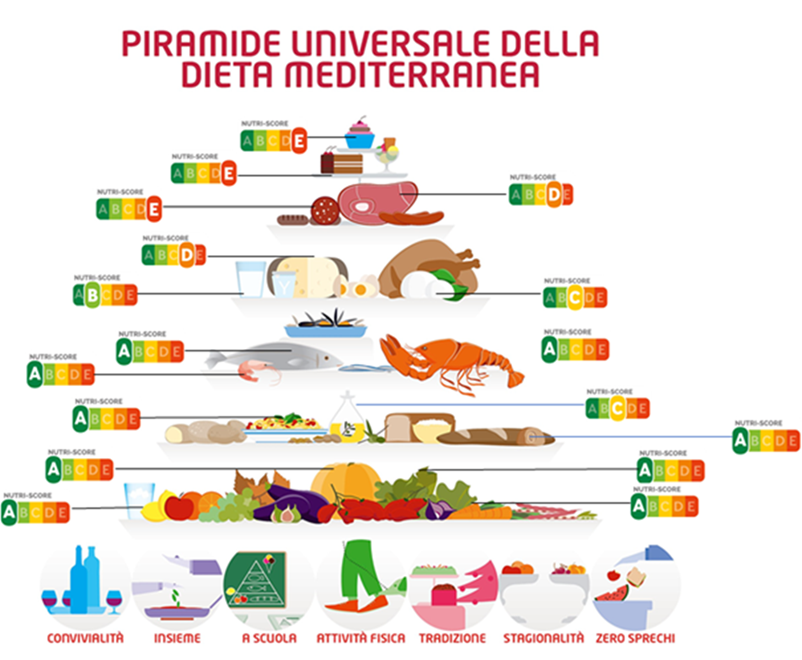 Hercberg emphasizes the alignment between the Mediterranean diet and Nutri-Score.

Industry involvement
The call also emphasizes the role that some members of industry have in influencing the FoPL systems. The scientists stress that Nutri-Score was developed by academic researchers without any conflicts of interest.

However, some lobbies support the NutrInform battery labeling system, which is a monochrome number-based label system. However, the scientists of the call argue that this is not supported by any scientific evidence whatsoever.

“Moreover, its concept and design are very similar to the Guideline Daily Amount and Reference Intake format set up by food companies in the 2000s and shown by numerous studies to be entirely ineffective,” they write.

They argue that the goal of these lobbies is “at best to block the decision-making process for the establishment of a harmonized uniform FoPL across Europe or at the very least to prevent Nutri-Score from becoming the model of choice.”

The call states that only scientific evidence must guide political decisions in the field of public health and that the choice of a nutrition label for Europe must correspond to this requirement alone and not to the interests of economic power players or the member states that defend them.

Nutri-Score pushback
The call also states that some F&B lobbies, supported by some member states, have used “misleading” statements to discredit and offset the choice of Nutri-Score.

Hercberg explains that some opponents consider current mandatory back-of-pack nutrition declarations sufficient. “Other opponents suggest that Nutri-Score is stigmatizing, reductionist or simplistic, denying the results of scientific studies supporting its efficiency and its utility for consumers.”

In 2019, a report from the German Sugar Industry Association (WVZ) argued that Nutri-Score reflects “false facts” and misleads consumers.

Indeed, Spain’s ministry of consumer affairs recently called for olive oil to be excluded from Nutri-Score, while an Iberian pork association asked for an exception for jamón ibérico, citing health benefits.

However, Hercberg emphasizes that Nutri-Score is not at all opposed to components of the Mediterranean diet.

“The Mediterranean diet is fully consistent with the classification provided by the Nutri-Score, which classifies more favorably foods, or dishes that are low in fat, sweet or salt, high in fiber, fruits and vegetables, legumes and nuts.”

“When comparing the recommendations of the pyramid of the Mediterranean diet and the Nutri-Score, one actually notes the good convergence,” he concludes.

Researchers in Switzerland are developing an artificial intelligence (AI) and algorithm-powered app to calculate the true nutritional value of meals made in the style of... Read More