10 Jun 2022 --- Scientists at the European Food Safety Authority (EFSA) have been unable to establish the safety of cannabidiol (CBD) as a novel food due to alleged data gaps and uncertainties about potential hazards related to CBD intake.

“It is important to stress at this point that we have not concluded that CBD is unsafe as food,” emphasizes Dominique Turck, chair of the NDA Panel.

Cannabidiol is a compound that can be obtained from Cannabis sativa L. plants and be synthesized chemically as well. When ingested orally, it can have a mildly relaxing effect without eliciting any psychoactive properties.

Cannabis derivatives have occupied a major space on the herbal supplements market in recent years.The European Commission considers that CBD may qualify as a commercialized “novel food” provided it meets the conditions of EU legislation on novel foods.

Following the submission of numerous applications for CBD under the novel food regulation, the Commission asked EFSA to give its opinion on whether CBD consumption is safe for humans.

“We have identified several hazards related to CBD intake and determined that the many data gaps on these health effects need filling before these evaluations can go ahead,” comments Turck.

Data gaps and uncertainties
Cannabis derivatives have occupied a major space on the herbal supplements market in recent years. Often available without prescription depending on location, CBD has been found to have significant health benefits.

According to a continent-wide poll conducted last May, more than half of the EU population is in favor of legal, government-regulated cannabis product sales to adults.

EFSA’s expert Panel on Nutrition, Novel Foods and Food Allergens (NDA) has received 19 applications for CBD as a novel food, with more in the pipeline.

The regulatory agency notes there is still insufficient data on the effect of CBD on the liver, gastrointestinal tract, endocrine system, nervous system and on people’s psychological well-being.

“Stopping the clock on a novel food assessment is not unusual when information is missing,” remarks Ana Afonso, head of nutrition and food Innovation at EFSA.

“It’s the responsibility of applicants to fill data gaps. We are engaging with them to explain how the additional information can be provided to help address the uncertainties.” 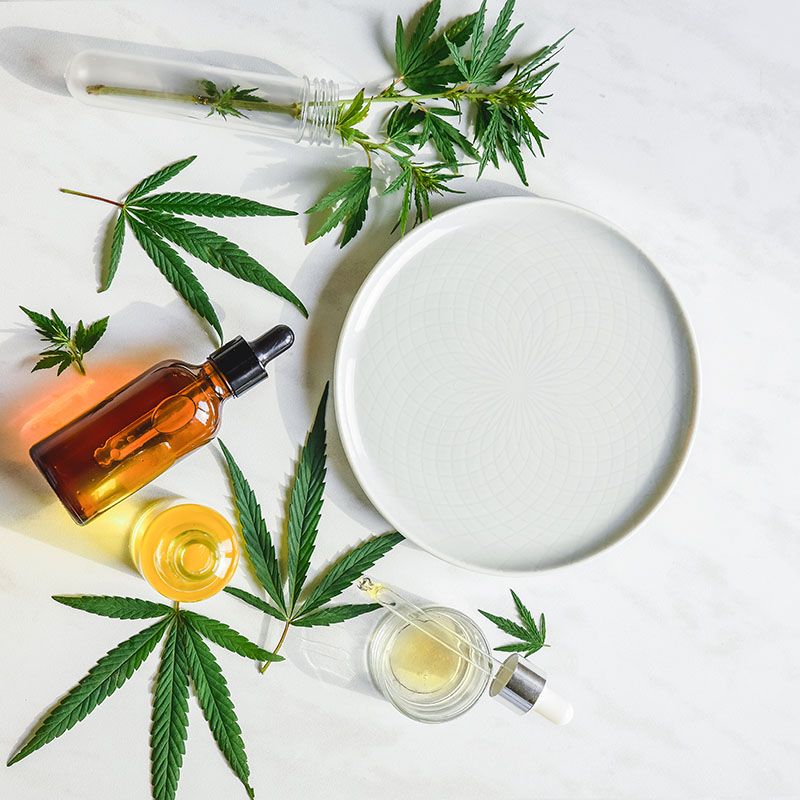 EFSA argues there is still insufficient data regarding the effect of CBD on the liver, gastrointestinal tract, endocrine system and nervous system.

The EFSA highlights that certain studies in animals have presented significant adverse effects from CBD, especially in relation to reproduction. “It is important to determine if these effects are also seen in humans,” it states.

In separate research recently conducted by a team of researchers in Switzerland, the importance of regulation surrounding herbal supplements was reiterated after a case report revealed a cardiac arrhythmia incident was linked to hemp oil containing CBD.

Last month, the US Food and Drug Administration made moves to crack down on US companies marketing CBD products with unverified medical claims.

UK regulators mirror caution
Following the UK’s exit from the EU, the UK’s Food Standards Agency (FSA) took over the regulation of novel food applications on January 1, 2021. It currently reflects the same cautious sentiment toward CBD as the EU’s EFSA.

The UK’s FSA initially placed a cap on the number of new CBD products allowed to apply – any that were launched after February 2020. However, the agency was compelled to reopen the application process after receiving numerous late applications from CBD businesses looking to launch their products.

Following this deadline extension, businesses had until May 26, 2022, to submit evidence that their products are linked to a credible application and were on the market before February 2020.

‘We aim to update the public list twice before 30 June, with the first update due very shortly. After 30 June, no new products will be added. The only changes made after this will be to reflect changes to the status of products in our novel foods authorisation process,” states Rebecca Sudworth, director of policy, FSA.

The UK has become the world’s second-largest consumer cannabinoids market after the US, spending more on cannabis extracts domestically than vitamin B and C combined.In response, the Association for the Cannabinoid Industry (ACI) states: “Transitioning hundreds of companies, with thousands of product lines, from the gray market to one that is legally regulated was always going to be complex.”

“However, many more owners of CBD brands will now be able to sleep at night thanks to this recent update.”

More than 900 applications were submitted for FSA approval, however only 70 were accepted to the next regulatory stage. This potentially indicates that thousands of products and brands are scheduled to be taken off the market due to unsuccessful applications.

“We were expecting it to grow,” Steve Moore, co-founder and strategic counsel to the CMC and ACI, tells NutritionInsight. “It was always likely that when levels of stress and anxiety would rise with the various lockdowns we’ve had here in the UK, the pandemic would increase demand.”

The UK’s CBD sector is estimated to have a value exceeding US$1 billion, a figure expected to increase following the publication of consumer products. Beyond the UK sphere, the ACI is also eyeing the international market, describing UK producers as a “serious contender” compared to other EU countries.