You are in : All News > Children and food ads: BEUC snapshot exposes “blatant need” for binding EU rules 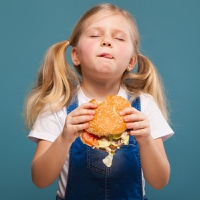 This is the assertion of a snapshot survey by The European Consumer Organisation (BEUC) and ten of its member organizations carried out this spring, as part of a project initiated by professor Amandine Garde of the University of Liverpool.

With ample evidence supporting that industry’s self-regulation of food marketing to children is not working, the consumer groups advocate binding EU rules.

Weighing up concerns
There are currently no binding EU-wide rules that currently rein in food marketing to children. The only safeguard is a voluntary initiative by major food companies – called the EU Pledge – to restrict their marketing.

Obesity and overweight affect one in three children in Europe. Numerous institutions – including the World Health Organization (WHO) – have recognized the strong influence marketing of unhealthy foods exerts over children’s eating behaviors.

In the UK, calls to protect children’s health have led to actions such as the sugar levy on soft drinks, which has led to a 10 percent sugar reduction in certain beverages.

In light of drawbacks, consumer groups are calling for an online ban to market unhealthy food products, including food company websites and social media accounts.

Consumer groups are calling for an online ban to market unhealthy food products.They are also urging a 6 am to 11 pm TV watershed to stop the broadcast of unhealthy food advertising when children watch TV the most. In addition, they recommend a ban on marketing techniques appealing to children on food packaging, such as cartoon characters and brand mascots.

“The food industry’s commitments simply serve to reassure policymakers on paper and buy themselves time, while our children are fed with ads promoting unhealthy foods day in, day out,” she continues.

“Our snapshot survey across Europe highlights the wide range of tactics the food industry has deployed. Be it a fizzy drink dance challenge on Instagram, product placement of packets of crisps snuck in a video game or an appealing fast-food ad near a playground, it is impossible for children to ignore ads pushing foods they should only be eating occasionally.”

The omnipresence of such persuasive ads make it seem normal to drink soda like one would drink water or snack on a pack of crisps instead of an apple, she highlights.

Rules with “teeth”
Knowing the powerful influence of food advertisement on kids’ eating, coupled with an obesity epidemic, policymakers can no longer bury their heads in the sand, Goyens notes.

“Unhealthy food marketing is only set to keep growing if we don’t put an end to it now. It is high time the EU got its act together and finally came up with rules with teeth.”

Amandine Garde, professor of law at the University of Liverpool, outlines her concerns around how industry has consistently failed to protect children from the harmful impact that unhealthy food marketing has on their health and their rights.

“In light of the cross-border nature of so much food marketing, it is unacceptable that the EU has taken such a passive attitude to the problem for over two decades. This project reinforces the argument that to be effective, legislative reforms must be driven by evidence, not by a dogmatic, misplaced belief in the virtues of self-regulation,” she comments.

The lobby group has also called for government restrictions on the use of child-friendly packaging and labeling to “stop misleading parents” after discovering high levels of sugar in yogurts targeted at children.

Suplemint rolls out bio-based vitamin packaging in collaboration with Sulapac