You are in : All News > AlgaEnergy expands microalgae biotech for nutrition and cosmetics via Caixa Capital Risc investment

13 Jul 2021 --- Spanish biotechnology company AlgaEnergy has signed an investment agreement with Caixa Capital Risc and CDTI to strengthen its position in the microalgae sector.

The subsequent capital increase will be used to finance the launch of new dietary supplements, functional ingredients and cosmetic products, as well as expanding its portfolio of biologicals in the agricultural sector.

AlgaEnergy will also use the financing to expand its international marketing structure geographically. Its current production plant is located in Arcos de la Frontera, Cádiz, Spain.

“In the last two years, we have opened our own subsidiaries in Japan, Australia, India, Turkey, Italy, France, the US, Brazil and Mexico, and we already have a presence in more than 20 markets on all continents,” Carlos Rodríguez-Villa, general manager at AlgaEnergy, tells NutritionInsight.

“Our focus will be to consolidate our businesses in these and the neighboring markets, while expanding to other relevant countries through the right alliances and partnerships.” 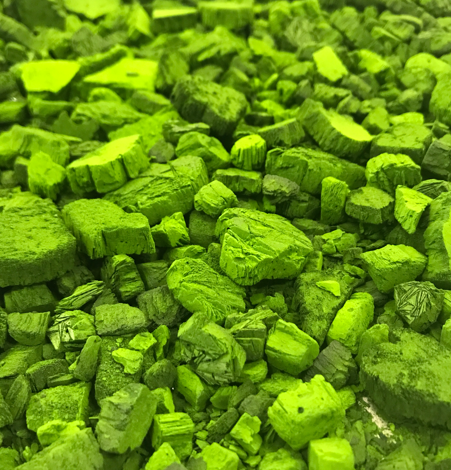 Caixa Capital Risc is the venture capital manager of CriteriaCaixa, while Innvierte, a CDTI-owned company, is a public business entity that promotes the technological development of Spanish companies.

Felipe Matías, director of industrial investments at CriteriaCaixa, and Susana Rodríguez, manager of the Innvierte program, both highlight AlgaEnergy’s “firm commitment” to innovation and sustainability within the microalgae sector.

“While we do see some gaps in the current [microalgae] market, we don’t think it’s only a question of serving the current demand, but rather to create the future demand,” notes Rodríguez-Villa.

“That’s easy to say and difficult to do. Those of us who are devoted to microalgae know that their potential is unlimited. While regulations imply barriers to be overcome, the trends are favorable and their unique advantages make it worth the effort.”

Bolstering the biotechnology sector
AlgaEnergy views the operation as an important boost for the Spanish biotechnology sector, which is in a “privileged position.” According to a Frontiers in Marine Science-published paper from January, Spain ranks in the top three countries for most micro- and macroalgae production units.

Rodríguez-Villa highlights society is “already aware” of the determining role that biotechnology is playing in the current pandemic.

“The innovative capacity of the biotechnology sector has made it possible to provide very efficient responses to the global crisis, having completed vaccine, diagnostic and treatment developments that are being highly effective in alleviating, and even avoiding, the fatal effects produced by COVID-19.”

“By supporting the biotechnology sector at the national and European level, we will be able to build an economy that vigorously promotes our own industrial capacities to make the continent progress in the direction we want: sustainability and social welfare without compromising profitability and global competitiveness, on the contrary.”

Microalgae represent an important biological resource due to their rapid reproduction rate and the non-competition with other raw materials for fertile lands.Sustainable greens
Microalgae are a diverse group of unicellular photosynthetic microorganisms that can thrive in a wide variety of aquatic habitats, such as oceans, lakes and rivers. They present a direct source of omega 3 fatty acids while providing high-quality protein.

According to the Frontiers in Marine Science paper, European algae production remains limited by a series of technological, regulatory and market-related barriers. Despite this, the study emphasizes a “considerable potential” for sustainable development as long as the acknowledged economic, social and environmental challenges are addressed.

Having begun in 2009, AlgaEnergy markets a line of agricultural biostimulants based on microalgae. Currently, more than two million farmers use these products, which ensure higher yields and better crop quality in a more environmentally sustainable manner.

Boom in microalgae
Microalgae-based ingredients are becoming popular throughout the nutrition industry. To meet rising demand, Microphyt began ramping up its microalgae production with its fully integrated microalgae biorefinery at its headquarters in France. The move closely followed a €15 million (US$17.7 million) flagship grant for the Scale program.

In other launches, Israel-based Solabia-Algatech Nutrition released a microencapsulated powder extracted from the antioxidant-rich Haematococcus pluvialis microalgae, which completely disperses in cold water in seconds.

In a video interview with NutritionInsight from February, Allmicroalgae shared details on the Algavalor project, which explores the development and release of several microalgae products in food, feed, cosmetic and biofertilizer markets.

Biotechnology start-up MiAlgae has received £2.29 million (US$2.67 million) in funding to expand its production of omega 3s. The company’s process uses... Read More

As the availability of omega 3 fatty acids appear to be threatened by declining and static fish populations and climate change, Xiaozao Technology aims to utilize a new... Read More

As the plant-based market proliferates, innovation and consumer demand continue to shape the sector. NutritionInsight speaks with a roundtable of experts from... Read More

Though Europe lags behind Asia in utilizing microalgae, the continent may soon see scaled-up cultivation to roll out the alternative protein for more consumers,... Read More