You are in : All News > Microphyt to build “world’s largest microalgae biorefinery” following €15M EU grant

02 Jul 2021 --- Microalgae-based ingredients producer Microphyt will build “the world’s largest” fully integrated microalgae biorefinery at its headquarters in France. This closely follows a €15 million (US$17.7 million) flagship grant for the Scale program.

“Scale is a key step on Microphyt’s journey as it unlocks the full potential of microalgae and its amazing biodiversity,” says Vincent Usache, Microphyt CEO.

The grant was the single largest award given by the Bio-Based Industries Joint Undertaking (BBI JU), a public-private partnership of the European Commission and the Bio-industries Consortium, for sustainable aquatic production. 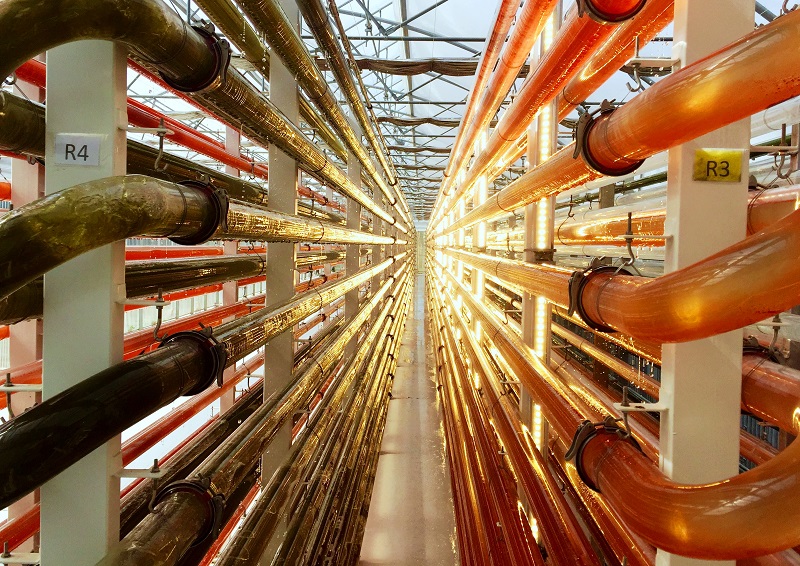 The new facility at Microphyt’s headquarters will focus on scaling up and microalgae biodiversity.Demand for natural ingredients
Scale will address the ever-growing demand for safe and effective nutrition and wellness ingredients produced naturally and sustainably.

The natural ingredients sector is growing at 8 to 10 percent per year and already accounts for a global market between US$4 and US$5 billion, notes Microphyt.

Over the program, the production capacity will increase fivefold. This will allow for the development and production of more than 15 new ingredients derived from microalgae for the fields of nutrition and cosmetics.

The company plans to roll out four new natural ingredients, which are in development, between 2022 and 2023.

The annual capacity of Scale will be more than 100 tons of high-value ingredients. During the replication phase of Scale, which follows the successful conclusion of the first Scale facility, projected finished goods revenues of €1 billion (US$1.2 billion) are expected to result from Scale-produced ingredients.

Consortium backed
Each of Microphyt’s partners is an industry expert and plays a complementary role in the program. They are:

Microalgae is becoming increasingly known for its nutritional content and sustainability credentials.Advanced technology
The industrial and multi-species production site will utilize Camargue technology, which is capable of “extraordinary efficiency” in the production and extraction of bioactive compounds.

Camargue is a proprietary technology based on hydro-biomimetic principles. Mimicking nature’s most efficient growth conditions, it takes advantage of the full biological potential of microalgae while ensuring a high level of control.

A Camargue-based demonstration facility is already in operation at Microphyt and has positioned the company as a major player capable of producing the broadest diversity of microalgae species at an industrial scale.

This platform leverages the biodiversity of microalgae, and their unique and beneficial bioactives that offer numerous solutions for nutrition and well-being.

“We are really proud to coordinate the Scale program, which fosters the transition toward sustainably produced microalgae-based ingredients for nutrition and wellness. Our partners are strongly committed and we’ve received great support from both the European Commission and the BBI JU,” comments Usache.

An eco-friendly project
Microphyt is dedicated to highly sustainable practices and does not use GMOs or pesticides. Its facility boasts highly efficient water use and takes in more CO2 than it emits.

In addition, Scale will contribute toward European climate targets of cutting greenhouse gas emissions by 20 percent.

Mengal from BBI JU adds that the project will help reduce the EU’s heavy reliance on imported natural ingredients while acting as a carbon sink.

In 2019, Microphyt became the first European microalgae company to receive New Dietary Ingredient (NDI) Status from the US Food and Drug Administration for its PhaeoSOL ingredient to prevent age-related cognitive decline.