You are in : All News > World Food Day: Increase in children’s malnutrition highlighted in new UNICEF report 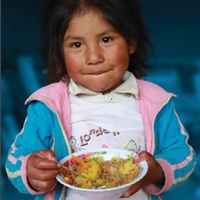 16 Oct 2019 --- Across the globe, at least one in three children under the age of five is malnourished and not developing properly. This is according to a new report released by UNICEF entitled The State of the World’s Children 2019: Children, food and nutrition. UNICEF identifies the “triple burden” of undernutrition, hidden hunger and overweight as the main threats to the survival, growth and development of children, young people, economies and nations. This comes on World Food Day.

Despite growing technological advances to address health and nutrition, the world has lost sight of what UNICEF’s Executive Director Henrietta Fore deems “the most basic fact” – if children eat poorly, they live poorly. “Millions of children are not living on healthy diets because they simply do not have a better choice. It’s not just about getting children to eat enough; it’s about getting them the right food to eat. That is our common challenge today,” she explains.

Malnourished children are often the victims of the three strands of the triple burden. This is rapidly emerging in communities around the world, including in some of the world’s poorest countries and communities. 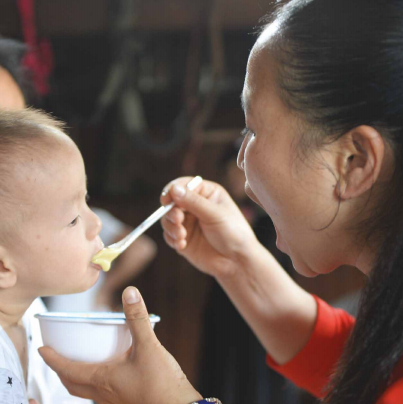 Click to EnlargeForty million children under five are overweight and the toll from obesity keeps rising, even in lower-come countries, says the report. In children and adolescents, malnutrition and obesity leads to poor growth, risk of infection and often death, as well as cardiovascular problems, diabetes and metabolic disorders. Expectant mothers suffering from malnutrition are at a much higher risk of perinatal complications, chronic diseases and obesity for their children later in life, as well as prematurity, low birth weight and impaired cognitive development in newborns.

Taking a look at the numbers, at least one in three children under five years old globally is not growing well due to malnutrition in its more visible forms. These include stunted growth, the reduced growth rate in human development, a primary manifestation of mal- and undernutrition in early childhood. Wasting, on the other hand, marks the process of debilitating diseases causing muscle and fat tissue to “waste away” due to an extremely low energy intake, nutrition loss due to infection, or a combination of both.

The report indicates that in 2018, almost 200 million children under the age of five suffered from stunting or wasting while at least 340 million suffered from hidden hunger. Moreover, on a global scale, only one in five children aged six to 23 months from the poorest households and rural areas is fed the minimum recommended diverse diet for healthy growth and brain development.

Multifaceted approach
The State of the World’s Children 2019 aims to implement five set goals “Put Children’s Nutrition Rights First.” It aims to empower families, children and young people to demand nutritious food and drive food suppliers to do the right thing for children. With health, water and sanitation, as well as education and social protection as crucial priorities, UNICEF plans to build healthy food environments for all children and mobilize supportive systems to scale up nutrition results for all children. To maintain an overview of the development of children’s malnutrition in the future, UNICEF also values the precise collection, analysis and usage of good-quality data and evidence to regularly guide action and track progress.

This report marks UNICEF’s most comprehensive report on children, food and nutrition in the past two decades. This summer, the UN’s sister report The State of Food Security and Nutrition in the World indicated that over two billion people are estimated to not have regular access to safe, nutritious and sufficient food, with 820 million people not having enough to eat in 2018 – marking an increase from 811 million in 2017. 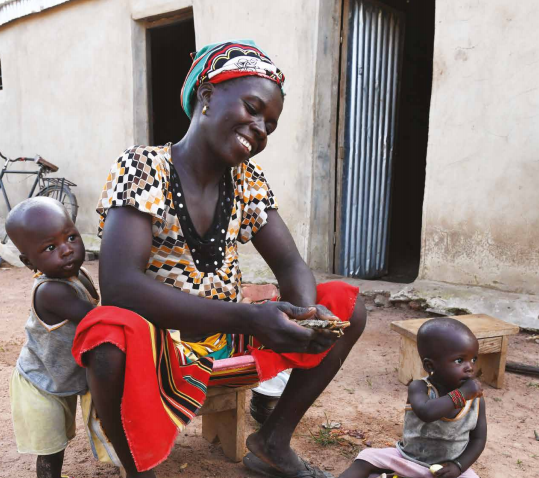 Click to EnlargeGlobally, almost 200 million children under the age of five suffer from stunting, wasting or both. Another report conducted by the UN’s World Health Organization (WHO) indicates that the right investment in nutrition-directed initiatives could save 3.7 million lives by 2025 and health services must integrate a stronger focus on ensuring optimum nutrition at each life stage. The advocated initiatives include the provision of iron and folic acid supplements as part of antenatal care and regularly dispensing public advice on healthy dietary practices.

Other institutions acknowledge the severity of this issue. The World Trade Organization (WTO) hosted the International Forum on Food Safety and Trade in Geneva, Switzerland in April, to discuss investments in better food safety systems, healthy diets and trade. Governments are thus calling for multifaceted action in the private sector. “The private sector should view improving nutrition as a business opportunity, not just a moral duty,” says Lauren Landis, Director of Nutrition at the World Food Programme (WFP), previously speaking with NutritionInsight.

NutritionInsight has reached out to UNICEF for further comments regarding its latest report.

18 Feb 2021 --- While infant nutrition has long been an industry mainstay, children have historically been grouped with adults. However, a shift is starting to occur as new... Read More

03 Feb 2021 --- Food fortification and reformulation can provide F&B traditionally perceived as unhealthy with a “halo polish.” Companies active in this space,... Read More