You are in : All News > Malnutrition is multifaceted and requires action in the private sector, note industry experts

“The private sector should view improving nutrition as a business opportunity, not just a moral duty,” says Lauren Landis, Director of Nutrition at the World Food Programme (WFP)

08 Jul 2019 --- Global malnutrition is inarguably a pressing issue, yet its burdens on the collective society do not fall evenly, whether geographically or demographically. At present, many food systems are poorly equipped to offer diversified choices of nutritious and healthy foods affordable, sustainable and equitable ways. In this context, industry is called on to innovate nutrition fortification solutions for economically viable food applications. A clear setback, however, is when companies resist healthier and more sustainable products in lieu of cheaper and popular unhealthy alternatives, according to industry experts. 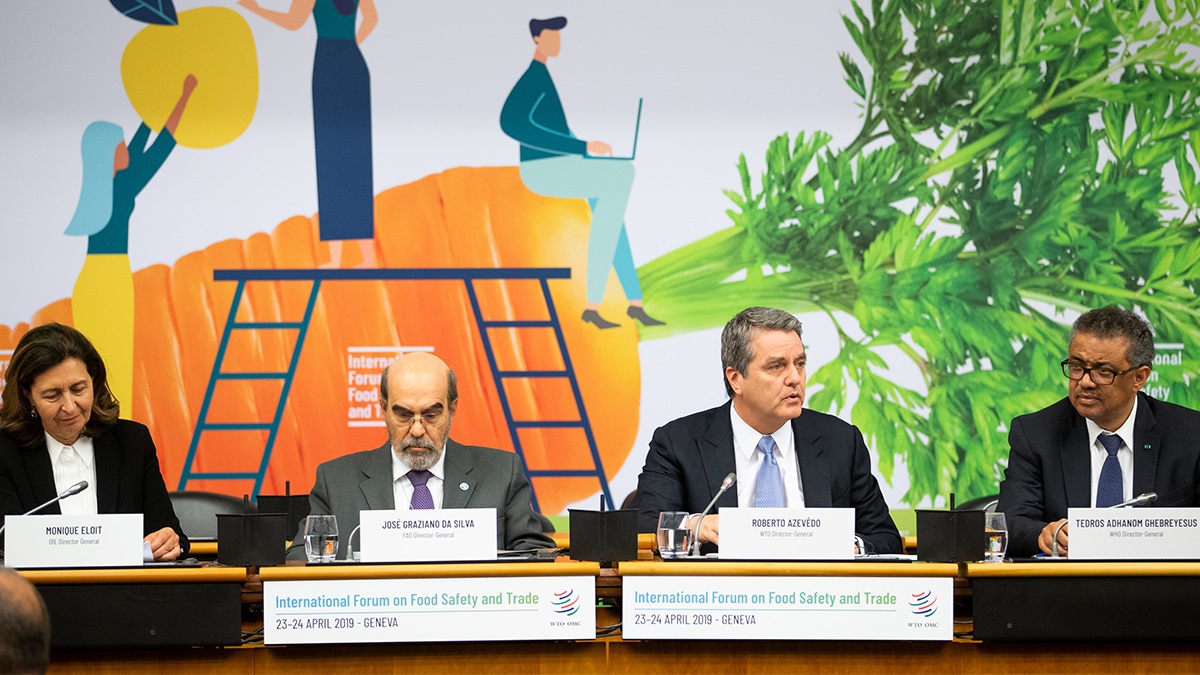 “The private sector should view improving nutrition as a business opportunity, not just a moral duty,” Lauren Landis, Director of Nutrition at the World Food Programme (WFP), tells NutritionInsight. “Companies can tap into local networks and associations, such as the Scaling Up Nutrition (SUN) Business Network, to explore sustainable opportunities to invest in nutrition and healthy diets.

SUN is a globally operating platform that engages businesses to invest and innovate in nutrition. “The Good Food Logo in Zambia is an example of this, where nutritious products are given a special label, encouraging sales of healthy products and consumer education,” explains Landis. “We are very proud to co-convene this project as many countries struggle to bring the private sector to the table in a coordinated way with a focus on good nutrition.”

Nutrition fortification solutions
Historically, the public sector has not tapped into the expertise that the private sector has to offer, and the private sector has not taken public health into account, adds Landis. “Food fortification – when foods are fortified with nutrients using the technical expertise of the private sector and in response to a micronutrient deficiency – is an example of how when these sectors do align, the result is good for business and good for people. WFP has been working with DSM for several years to fortify rice, which has a massive potential to combat micronutrient deficiencies, particularly in Asia.”

“The private sector is well positioned to implement innovative, sustainable solutions that provide nutritional foods to people living in urban areas,” Rona Weekes, Director Nutrition Improvement at DSM, tells NutritionInsight. “Food fortification has the potential to nourish entire populations without changing dietary habits. To achieve the desired results, it is vital to invest in high-quality food fortification, which is proven to maximize both social and financial returns on investment.”

Low-quality fortification is expensive and poor quality ingredients or a lack of adherence to best practice across the supply chain can put both consumers and businesses at risk, Weekes explains. In these instances, products are more likely to be rejected due to contamination or failure to meet regulatory standards. 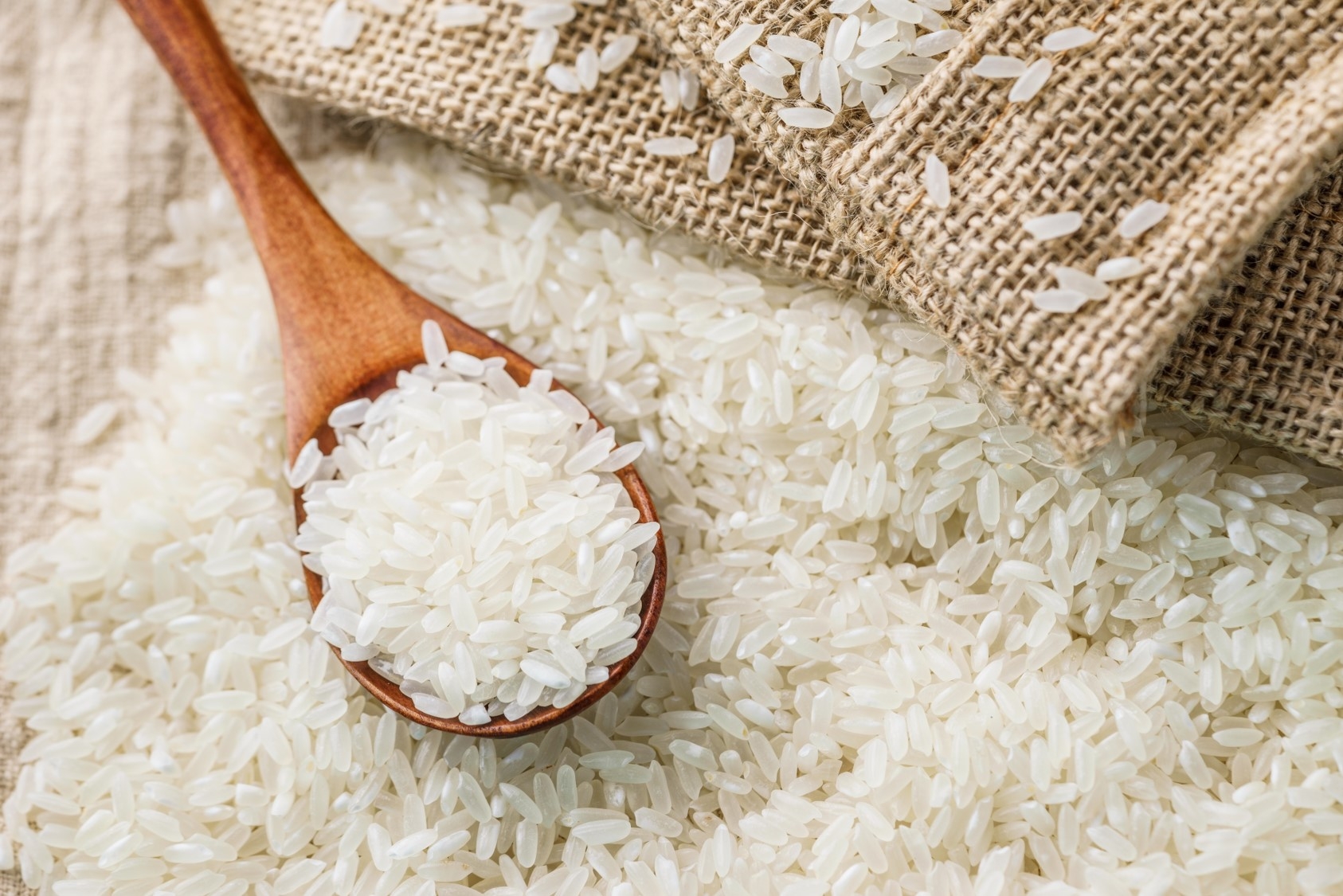 Click to EnlargeFortified rice is customizable in terms of manufacturing, with a range of nutrients available as fortification options.As one of the world’s most widely consumed foods, rice is a staple part of diets globally. In low-income countries, it can make up to 70 percent of an individual’s calorie intake, and though it contributes significantly to energy consumption, it lacks micronutrients and nutritional value. “This is because the milling process that produces white rice removes the fat, as well as the nutrient-rich bran layers,” notes Weekes. “Fortification can replenish micronutrients lost in the milling process, alongside adding other essential vitamins and minerals.”

Fortified rice is customizable in terms of manufacturing, with a range of nutrients available as fortification options, Weekes explains. West Africa is a potential key region for DSM’s rice fortification efforts. While West Africa has been a leader in fortifying staple foods, rice has been left behind. The areas with the highest levels of malnutrition in West Africa, however, are also the ones where the most rice is consumed. Fortifying rice is, therefore, an untapped opportunity that can help tackle malnutrition across the region and beyond.

Underfed vs. overfed
But where some communities face persistent undernutrition, including stunting, wasting and micronutrient deficiencies – the growing availability and consumption of carbohydrate-dense processed foods and increasingly sedentary lifestyles are also leading to accelerating rates of overweight and obesity among low-income communities. This is highlighted by researchers at CGIAR, a research program led by the International Food Policy Research Institute (IFPRI). They note that low- and middle-income countries are in the midst of a rapid dietary transition.

“CGIAR is careful to pay attention to the relationships among different food system components and how a change in one component influences other outcomes,” notes John McDermott, Director of the CGIAR research program. “Food systems involve multiple actors managing multiple value chains in an interactive way, and change must involve private-sector partners, even smaller and medium enterprises. There also must be sanctions in place for companies providing and marketing unhealthy foods, and incentives for working with governments and others to improve knowledge and approaches to enable and regulate healthier foods.”

“While our priority has long been addressing undernutrition, over the past few years we have broadened our focus to all forms of malnutrition including vitamin and mineral deficiencies and overweight and obesity, through promoting diverse, nutritious diets in all contexts,” says Landis.

“We work with complementary sectors such as agriculture, health, water and sanitation to make food systems more nutrition-focused – and work with governments and the private sector to put nutritious foods on the market.”

Malnutrition is multifaceted
Statistics show that every country is facing some form of malnutrition. Many also have to deal with multiple forms of malnutrition altogether. This is known as the “double burden” of malnutrition, which is when obesity and undernutrition exist side by side in the same countries, communities and even families. A significant challenge is that nutrition is a historically underfunded sector – most half of child deaths are attributable to malnutrition but less than 0.5 percent of official development aid is spent on nutrition, according to WFP reports.

Progress has been made on reducing child stunting. However, nearly 151 million children under five – or 22 percent – were still affected by stunting in 2017, down from 25 percent in 2012, highlighted in a Food and Agriculture Organization (FAO) analysis. Nine out of ten stunted children in the world live in Africa and Asia. Asia has seen decreases in both stunting prevalence and number of stunted children. In Africa, high birth rates coupled with modest reductions in stunting prevalence have actually led to an increase in the number of stunted children.

The FAO highlights that the prevalence of obesity among adults in the world has been increasing steadily between 1975 and 2016 – and at an accelerated pace over the past decade. Adult obesity is highest in Northern America and the rate of increase in adult obesity is also the highest in this region. While Africa and Asia continue to have the lowest rates of obesity, an increasing trend can also be observed.

The research shows that malnutrition hits women and children the hardest, with 45 percent of deaths among children under five occurring due to malnutrition. Adolescent girls also have specific nutritional needs that must be considered, emphasized by Rona Weekes of DSM. The challenge here is an overt lack of research and data, which could lead to governments and partners overlooking this very important group of people.

Within the scope of gender-specific malnutrition, girls and women often lack access to essential antenatal and postnatal care services, including micronutrient supplementation, notes Weekes. “Evidence shows that taking micronutrient supplements during pregnancy reduces the risk of anemia in mothers, the likelihood of a child being born too small, and the risk of infant mortality and preterm births. Maternal micronutrient supplementation (MMS) can help improve the health of women globally, as well as positively impact societies and economies. To meet these demands, DSM provides custom-made and market-ready MMS solutions for consumers worldwide,” she explains.

The endemic trend of malnutrition in different forms requires the establishment of policy and program opportunities to achieve multiple targets across all types of malnutrition. “It will not be possible to end all forms of malnutrition without ensuring access to safe, nutritious and sufficient food all year round,” Ana Islas Ramos, Nutrition Officer at FAO tells NutritionInsight. “This will require expanding the reach of social protection policies to address inequalities and ensuring that they are nutrition- and gender-sensitive in terms of: targeting; design; and in the implementation of complementary quality health care and water and sanitation services to enhance nutrition outcomes.”

“At the same time, a sustainable shift must be made towards nutrition-sensitive agriculture and food systems that can provide safe and high-quality food for all promoting healthy diets. Access to food must be framed as a human right, prioritizing the access of the most vulnerable to safe, nutritious and sufficient food,” she concludes.

Future directions
The global community has made some important steps in the right direction over the past few decades, but progress is slow. “Some forms of malnutrition (such as adult overweight and obesity) are worsening and there are still some vulnerable groups (such as young children and adolescent girls) that risk being left behind,” remarks Landis of WFP.

At the same time, Landis notes there is much to be hopeful about. “Our knowledge of the causes of malnutrition and how to end it has never been greater, there is strong political will in many countries to end malnutrition, and technology is providing new opportunities. There is also increased awareness that ending malnutrition is not just the responsibility of governments and the development community but includes a much broader range of players. Businesses operating at global, regional and national levels must be at the table as partners if we are going to end malnutrition by 2030.”