You are in : All News > Vitamin D deficiency may be causally linked to premature death, experts flag 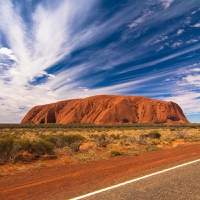 31 Oct 2022 --- An UK-based study reveals that almost one-third of its citizens are mildly to severely vitamin D deficient, a condition the research links to premature death, inciting calls for people to follow supplementation guidelines.

According to the Australian researcher team, this study further evidences findings that the deficiency is not just a correlational, but a causal factor in premature death.

“While severe vitamin D deficiency is rarer in Australia than elsewhere in the world, it can still affect those who have health vulnerabilities, the elderly, and those who do not acquire enough vitamin D from healthy sun exposure and dietary sources,” says Josh Sutherland, co-author and researcher at the University of South Australia.

“Our study provides strong evidence for the connection between low levels of vitamin D and mortality, and this is the first study of its kind to also include respiratory disease-related mortality as an outcome.”

As much as one-third of Australians are vitamin D deficient.Need for supplementation
The study, published in Annals of Internal Medicine, found that those with the most severe vitamin D deficiencies had the greatest risk of early mortality. It included 307,601 participants from the UK Biobank – a large-scale database that stores the health information of 500,000 volunteers – ages 37 to 73 years and used a nonlinear Mendelian randomization analysis.

The researchers note that over a 14-year period, volunteers with lower vitamin D levels significantly increased their risk for all-cause mortality, with 18,700 deaths occurring during the follow-up period. Moreover, those with the highest amounts of deficiency also had the highest levels of death. The nutrient is also linked to stronger bones, muscles and better overall health.

Conversely, the risk of all-cause also decreased in relation to higher levels of vitamin D and the risk of all-cause death – including death from cancer, respiratory illness and cardiovascular disease (CVD) – increased by 25% for those with low levels. However, the researchers note that the study only included white Europeans.

“The take-home message here is simple – the key is in prevention,” says Dr. Elina Hyppönen, senior investigator and director of the University of South Australia’s Australian Center for Precision Health. “It is not good enough to think about vitamin D deficiency when already facing life-challenging situations, when early action could make all the difference.”

“It is very important to continue public health efforts to ensure the vulnerable and elderly maintain sufficient vitamin D levels throughout the year.”

More than just correlation?The researchers hold that the study reveals a causal link between low vitamin D levels and premature death.
The UK Biobank allowed the researchers to assess genetic information and search for links to vitamin D deficiencies.

Specifically, the researchers only assessed UK Biobank data pertaining to persons’ 25-hydroxyvitamin D (25-D) levels, which were then linked to both specific-cause and all-cause mortality.

“Low” levels of 25-D were identified as “anything less than 25 nanomoles per liter” and were correlated with deaths from cancer, respiratory illness and CVD.

“Vitamin D deficiency has been connected with mortality, but as clinical trials have often failed to recruit people with low vitamin D levels – or have been prohibited from including vitamin deficient participants – it’s been challenging to establish causal relationships,” Sutherland explains.

“We used a new genetic method to explore and affirm the nonlinear relationships that we’ve seen in observational settings, and through this, we’ve been able to give strong evidence for the connection between low vitamin D status and premature death.”

Council for Responsible Nutrition acknowledges error in its statement, but stands firm in its critique of SPORT study

The US-based Council for Responsible Nutrition (CRN) recently issued a damning statement regarding an AstraZeneca-funded study which compared the cholesterol-lowering... Read More