You are in : All News > Researchers urge monitoring of omega 3 levels in fish as nutritious plankton declines

08 Jun 2020 --- Industry should monitor the omega 3 content of commercial fish species due to a decline in phytoplankton, which is part of the marine food web and is a primary producer of this nutrient. This is according to a study published in Global Change Biology, which reveals that climate change now forces wild shoals to switch to feeding on smaller organisms of poorer food quality. The researchers now flag the need to examine the wider impacts of shifting global temperatures and whether the changing nutrient supply could lead to reductions in omega 3 across the entire food chain.

“The nutritional quality of different commercial fish species, for example in terms of omega 3 content, should be closely monitored by the food and health industry. This should include local, seasonal and interannual differences. On a policy level, any steps that prevent further warming of the planet and extending summer droughts in European coastal regions will be essential,” lead author Dr. Katrin Schmidt, a plankton ecologist in the University of Plymouth’s School of Geography, Earth and Environmental Sciences, tells NutritionInsight.

The study delves into how our changing climate has contributed to a 50 percent decline in important North-East Atlantic plankton over the past 60 years. Findings reveal that changes from cloudier and wetter summers to longer periods of sunshine and drought have led to decreasing iron and nutrient supply to surface waters. This has resulted in an increased period of suboptimal feeding conditions for zooplankton at a time of year when their metabolic demand is at its highest.

This means that in some areas, large phytoplankton is being almost completely replaced by picoplankton. This is especially the case with the cyanobacterium Synechococcus, which flourishes when iron and nitrogen levels in surface waters are very low.

However, the small size and lack of essential molecules in picoplankton mean that this variety is unable to provide nutrients in the same way as larger phytoplankton. Therefore, shelf sea food webs – which provide 80 percent of the world’s wild-captured seafood, cannot be sustained efficiently. Dr. Schmidt notes that while other nutrients could also be affected, omega 3 is key because the cyanobacteria that are increasingly prevalent in summer shelf sea waters are not producing any omega 3 fatty acids. 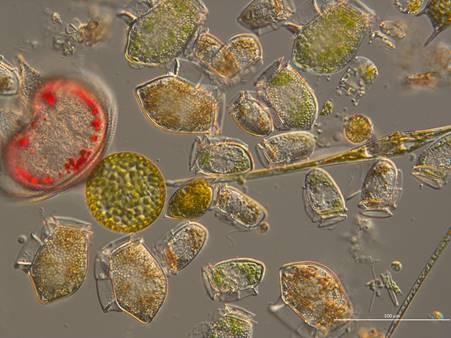 Speaking about her inspiration for the project, Dr. Schmidt details that usually shelf areas are considered highly productive. “However, the recent work of my colleagues showed that shelf areas can be severely iron-limited in summer, a feature that is usually associated with the remote open ocean. Therefore, we wanted to know how the lack of iron affects the algae community and if there are long-term trends in relation to climate change.”

Looking ahead, she notes that it would be valuable research to see if the omega 3 content of fish that is usually caught in UK waters does change on a seasonal, interannual and decadal basis. This could be used to then find out if there are knock-on effects on humans.

Marine ingredients trend
These findings come as marine ingredients emerge as a key sector within the plant-based market, as previously reported by NutritionInsight. According to Innova Market Insights, the use of marine oils in diatoms global F&B launches has increased, featuring a 41 percent year-over-year growth when comparing 2019 and 2018 launches. While various fish-derived products still make up the lion’s share of marine oils on the market, algae products now represent 7 percent of launches.

The omega 3 space, in particular, has been active, with Norway-based Pure Orange recently launching what it claims to be “probably the purest omega 3 supplement available.” It is a product made from sustainable Norwegian salmon oil, 100 percent pure and with no additives. Meanwhile, Optimega has made omega 3 fatty acids available in the form of fruit-flavored, drinkable shots.

In light of the COVID-19 pandemic, Hofseth BioCare is investigating the ability of its OmeGo salmon oil to reduce Acute Respiratory Distress Syndrome (ARDS) – although the company states that it is a non-omega element within the ingredient that suppresses eosinophil function.

Royal DSM has filed a lawsuit against the Mara Renewables Corporation and Algal Omega-3 LTD, alleging unlawful use of the company’s algae-based docosahexaenoic... Read More