You are in : All News > Plant versus meat? Calls for better transparency in meat analogs as industry casts doubt on health benefits 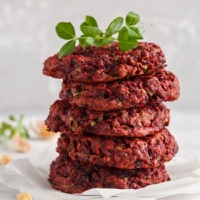 10 Jan 2020 --- As people around the world turn away from animal-derived foods as part of Veganuary, the market for meat analogs that look, feel and taste like meat continues to boom. Much of this may be driven by the positive health connotations surrounding vegan foods, as various studies have linked red meat with a range of health issues, including cardiovascular disease (CVD). However, many argue that numerous plant-based meat alternatives (PBMAs) are more processed and contain more salt than traditional meat, with UK-based Nuffield Council on Bioethics calling for better labeling and transparency in this area. NutritionInsight takes a closer look at this space and examines how the health claims of PBMAs stack up against traditional meat.

The plant-based diet is enjoying sustained popularity in the mainstream, with Innova Market Insights reporting that as many as 10 percent of US consumers claim they always buy meat alternatives. A further 36 percent claim to do so often or sometimes. According to the scientific advisors of the Meatless Monday Campaign, Daphene Johnson, MPH, MPA, and Becky Ramsing, MPH, RDN, both of the Center for a Livable Future at Johns Hopkins Bloomberg School of Public Health, health is one of the primary reasons for people choosing PBMA.

“There’s a growing body of scientific evidence that demonstrates a connection between high meat consumption and several chronic diseases like heart diseases, diabetes and some cancers,” says Johnson. Ramsing adds that their research and other consumer surveys have shown that health is still the main reason individuals choose to reduce meat consumption.

It is not just people already following a plant-based diet who have positive health perceptions of vegan foods. A study from the University of Bath has found that half of meat-eaters consider vegan diets to be healthy. Christopher Bryant, the study author, says that “being healthier than conventional meat is not necessarily a particularly high bar. The exciting thing about plant-based meat is that it is only improving – food scientists are working continually to improve the taste, nutritional profile and eating experience of these substitutes. In contrast, meat from an animal will be pretty much the same in ten years’ time.”

Food scientists are working to improve the taste, nutritional profile and eating experience of plant-based meat alternatives.However, for Nick Allen, Chief Executive of the British Meat Processors Association, health may not be the main factor behind the plant-based movement. “There is a constant and disproportionate barrage of anti-meat publicity from the media raising concerns about climate change. We are noticing that this is becoming a greater influence than health concerns.”

Calls for clearer marketing and labeling
Despite the bevy of positive attention surrounding plant-based foods, PBMAs have come under fire for often being ultra-processed, which may be associated with weight gain and excess caloric intake. For example, the Beyond Burger contains 19 ingredients and the Impossible Burger has 21, which may be unappealing to many customers seeking clean label foods with minimal ingredients.

However, a spokesperson for Beyond Meat tells NutritionInsight that its products are made with “simple, plant-based ingredients and without any GMOs, soy, gluten or artificially produced ingredients, and are designed to at least meet, if not exceed, the nutritional profile of its animal protein equivalent. They also have equal or more protein, less total fat and 25-44 percent less saturated fat. Our products also do not contain any cholesterol, antibiotics or hormones, which you can find in most commercially produced animal-based meat.”

The spokesperson also highlight the company’s commitment to health and nutrition as a “key differentiator as Beyond Meat sets the standard for plant-based meat.”

Meanwhile, the soy leghemoglobin used in the Impossible Burger has faced criticism, with The Center for Science in the Public Interest (CSPI) branding the US Food and Drug Administration (FDA) approval of the ingredient as “barebones.” The industry watchdog claims that the review excluded key endpoints well known to be associated with cancer risk and thus was inadequate under the law.

Furthermore, the Impossible Burger and the Beyond Burger contain 320 mg and 390 mg of sodium, respectively, which are much higher than the sodium content of plain ground beef. However, many forms of meat do end up with high sodium rates due to processes like curing. A recent Action on Salt report noted that two slices of bacon can contain as much as 2.84 g of salt – equivalent to more than eight bags of salted potato chips.

Additionally, the calorie count and protein of the Impossible Burger and Beyond Burger are generally in line with beef burgers, as well as being lower in total and saturated fat and containing no cholesterol. Ramsing further notes that these burgers are intentionally made to have a similar protein and nutrition content to meat and that other PBMAs could be lower in calories and fat. Johnson adds that PBMAs are also typically higher in fiber.

As a result of the ambiguous health status of PBMAs, Nuffield Council on Bioethics has issued a briefing note arguing that more transparency is needed in the marketing and labeling around the health of PBMAs.

“People choose PBMAs for a number of reasons – one of which is certainly health – but also for animal welfare purposes or environmental impact. It might be that people will be willing to trade-off the health aspects if they know they are helping the environment, but marketing them as ‘clean’ or ‘green’ might mean people overlook the health implications,” says Hugh Whittall, Director of the Nuffield Council on Bioethics.

The organization is now calling for clear marketing and labeling of ingredients, nutritional content and the processes involved, as well as transparency in the sources of ingredients and their sustainability, so that people can make informed choices about what they are consuming.

Healthy meat?Many of the recommendations regarding meat consumption are still controversial.
One of the main ways that PBMAs could be beneficial to a person’s health is by helping them to reduce the amount of meat they are consuming. According to Ramsing and Johnson, high levels of meat consumption have been linked to health issues such as heart disease, diabetes and obesity. Last April, a meta-analysis found that replacing red meat with healthy plant proteins could help the risk factors for CVD. Even more broadly, a study carried out by the Japan Public Health Center-based Prospective Study Group discovered that higher plant protein intake was associated with lower rates of mortality.

However, many of the recommendations regarding meat consumption are still controversial, with a systematic review concluding that cutting back on red and processed meat has little or no impact on health. These findings, which took into account data from millions of people, were met with strong reactions. The CSPI advised that “consumers ignore the recommendations,” while a group of scientists signed a letter requesting that the papers be retracted.

Will Jackson, Beef and Lamb Strategy Director at the Agriculture and Horticulture Development Board (AHDB) argues that when consuming meat, balance is key. “Different food groups work best when consumed in moderation as part of a balance plate approach. Beef, pork and lamb can play an important role in a healthy, balanced diet,” he concludes.