You are in : All News > “Pending nightmare not seen this century”: Half a million children facing malnutrition in Somalia as famine appears inevitable

“Pending nightmare not seen this century”: Half a million children facing malnutrition in Somalia as famine appears inevitable 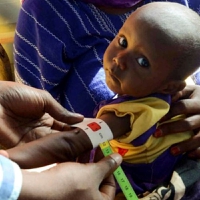 14 Sep 2022 --- UNICEF is warning of a “staggering increase” in the number of children in Somalia expected to suffer severe acute malnutrition. Facing droughts, high food prices and conflict, the emergency shows no signs of letting up.

According to the Food and Agriculture Organization, without action, famine will occur in the next few weeks.

“To give some terrifying context to this latest number: 340,000 children required treatment for severe acute malnutrition at the time of the 2011 famine. Today we are faced with 513,000 children at risk of death,” says UNICEF spokesperson James Elder.

“That is more than half a million children facing preventable death. It’s a number, a pending nightmare we have not seen this century.”

Elaborating on the figures, Elder adds that in June, UNICEF reported 386,000 children aged six to 59 months needed treatment for severe acute malnutrition. “This is a staggering increase of 33%. It means 127,000 more children are at risk of death.” 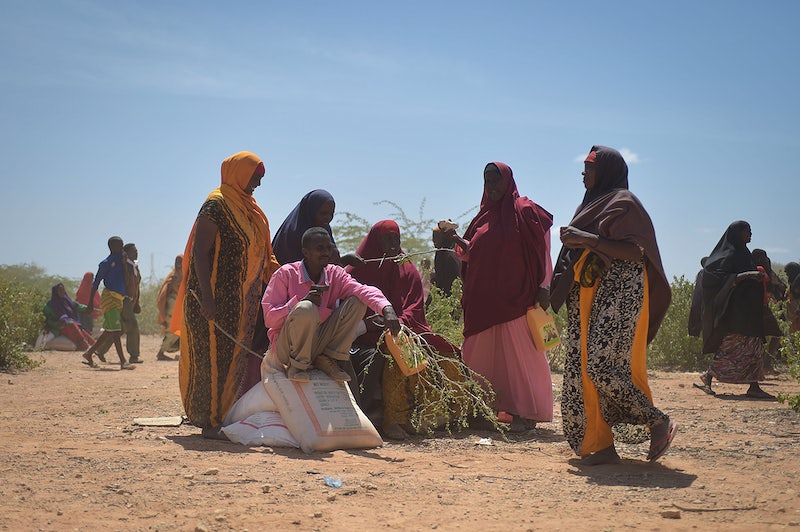 Approximately 6.7 million people across Somalia are expected to face high levels of acute food insecurity between October and December 2022.Multiple barriers
Lisa Hill, communications specialist for UNICEF Somalia, tells NutritionInsight that the cost of one carton of ready-to-use therapeutic food (RUTF) has increased by around 16% and getting a supply delivered takes time.

The price hike does not consider the additional costs of delivering and deploying treatments which are affected by fuel prices and other inflationary pressures.

“Children need to be brought to a nutrition center to be screened for malnutrition early enough to stop the worst effects. The RUTF needs to be provided in time. Many parents face multiple barriers to doing this from access, distance, too many responsibilities at home to make a long trek, and they can even be malnourished and ill themselves,” she underscores.

Agencies have been warning of an imminent “explosion of deaths” in the Horn of Africa due to severe wasting.

“The drought situation is spreading at an alarming rate; more districts and regions are facing emergency levels of food insecurity as the cumulative effects of multiple failed rainy seasons take their toll,” highlights Etienne Peterschmitt, FAO representative in Somalia.

Calls for radical change
The UN agency adds that drought-related deaths “have been occurring,” and the toll could be much higher in hard-to-reach rural areas compared with the number recorded in camps for displaced families.

According to FAO, approximately 6.7 million people across Somalia will likely endure high levels of acute food insecurity between October and December this year.Agencies are calling for long-term funding and a scaling up of assistance.

“As we heard last week, children are already dying. Our partners report that some stabilization centers are full, and thus critically ill children are having to receive treatment on the floor,” says Elder.

“This is not just about nutrition. Severely malnourished children are up to 11 times more likely to die of diarrhea and measles than well-nourished children, both of which are spiking across the region that is predicted to head into famine.”

Climate change
Hill notes the issue is compounded by external factors such as the climate. “The most severe effects of climate change are seen by the most vulnerable and least responsible for it. Investments in climate resilient living and climate change preventive measures must be made.”

Droughts are also having an alarming impact on breastfeeding rates, as heatwaves may lead parents to give their children water.

Additionally, rampant inflation and the impact of the Ukraine war is exacerbating the crisis, Hill adds. “In six months, the price of the basic food requirements for a household of six has increased in all regions, the largest being in Mudug, up 45%.”