You are in : All News > Droughts and heatwaves leave alarming impact on breastfeeding rates, warns WHO 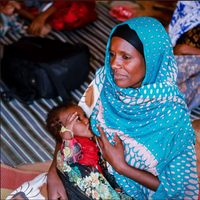 22 Aug 2022 --- With a drought sweeping across the Horn of Africa amid heatwaves across the globe, the World Health Organization (WHO) is issuing a warning on the impact of rising temperatures on breastfeeding rates, in a bid to protect infant health.

Honing in on Tajikistan, there is an observed drop in exclusive breastfeeding rates of infants at the age of four to five months, says Dr. Sherali Rakhmatulloev, Tajikistan’s sectoral chief specialist on childhood diseases.

“Heatwaves might be one of the reasons, which, of course, can be challenging for parents of little children. During hot seasons, many parents tend to give their children water to drink – even though breast milk can effectively fulfill all a baby’s nutritional needs.”

WHO recommends children are exclusively breastfed for the first six months of life – meaning no other foods or liquids are provided, including water.

Breastfed children perform better on intelligence tests, are less likely to be overweight or obese and less prone to diabetes later in life.“No end in sight”
Meanwhile, in the Horn of Africa, the region is in the grip of a historic drought brought on by four consecutive failed rains. According to the World Food Program (WFP), a further nine million people have fallen into severe food insecurity across Ethiopia, Kenya and Somalia since the beginning of the year.

“The clock is running down for people in Somalia. If we don’t step up in force now, it’ll run out and the malnourished children are likely to die first,” underscores the UN’s humanitarian chief Martin Griffiths.

The drought is expected to continue in the coming months, with a fifth poor rainy season forecast later this year. To this end, the WFP is providing food and cash assistance to families, distributing fortified foods to treat “spiraling rates of malnutrition and prevent more people slipping closer toward famine.”

The aim is to target some 8.5 million people across the region, up from 6.3 million at the start of the year.

“Shocks such as drought, flooding, conflict, displacement and disease outbreaks like measles and COVID-19 have deepened inequalities and resulted in nutrition insecurity.”

Breastfeeding remains the essential, safest and cheapest food for the child, and it is a baby’s first vaccine, providing antibodies that give babies a critical boost, the WHO adds. Earlier this year, UNICEF warned an “explosion of deaths” was imminent in the region as almost eight million children under the age of five are at risk of death from severe wasting.

“In a fragile country like Somalia, affected by conflict and recurring emergencies such as drought, COVID-19, and other diseases, breastfeeding is an effective way to ensure child health and survival,” says Dr. Mamunur Rahman Malik, WHO Representative to Somalia and head of mission.

“Breastfeeding offers babies all the energy and nutrients that they need for their first months of life and complements other foods after the first six months.” 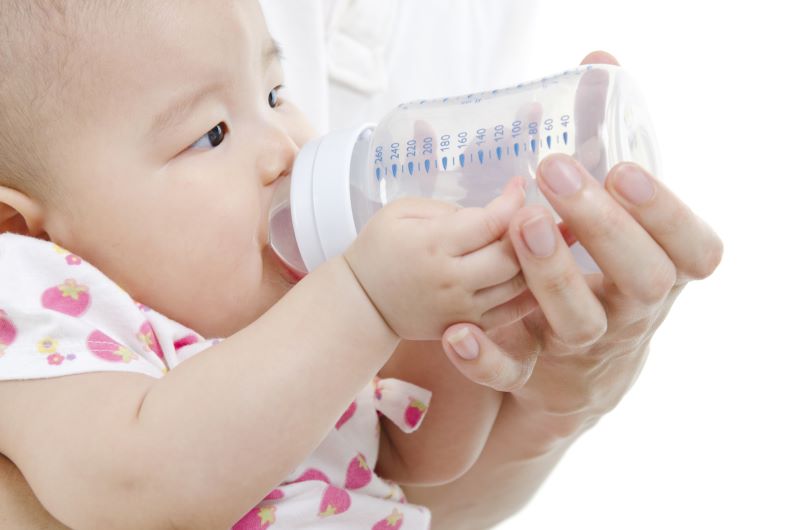 Giving water to infants amid heat may harm children in the long term, organizations warn.

“Breastfeeding must be considered a public health issue that requires capacity and education at all levels,” she asserts. “Together, we can ensure that every mother has access to information, and skilled breastfeeding counseling, empowering her to give her baby the best possible start in life.”

In Tajikistan, authorities are seeking to increase breastfeeding rates by updating their national health strategy in line with the WHO European Programme of Work 2020-2050.

Industry: A blessing or a curse?
Experts are scrambling to address prolonged droughts across the EU as researchers have flagged that heat exposure and increased temperatures can worsen nutritional intake. The warnings reveal climate change may accelerate child malnutrition while companies such as DSM have pledged to reach 800 million people with fortified foods to tackle the “micronutrient gap.”

While companies have long maintained their position that breast milk is the most superior form of infant nutrition, industry has recently come under fire in a slew of reports by the WHO and UNICEF. The organizations slammed companies for influencing health professionals to market their products and marketing techniques which should have long been prevented.

In fact, the WHO previously said the infant formula industry is “marred with systematic and unethical marketing strategies” while stakeholders maintain they are adhering to the International Code of Marketing of Breast-milk Substitutes.