You are in : All News > Life-saving therapeutic food price hike will cost thousands of children’s lives 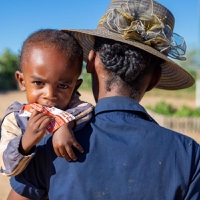 26 May 2022 --- The price of ready-to-use therapeutic food (RUTF) is projected to soar by 16% in the next six months, UNICEF has warned. Described as an affordable solution for severe malnutrition, its increasing price is set to impact millions of children, particularly in the horn of Africa.

“The increase is due to a sharp increase in the price of the raw ingredients triggered by the war in Ukraine and the COVID-19 pandemic, as well as other economic pressures,” Joe English, UNICEF communication specialist, tells NutritionInsight.

“Even this projected increase does not consider the additional costs of delivering and deploying treatments, which are affected by fuel price rises and other inflationary pressures.”

To make up for the sharp rise in RUTF prices, UNICEF needs an extra US$23 million to maintain the current number of children treated with RUTF procured by Unicef, he adds.

RUTF paste is a lipid-based, energy-dense, micronutrient paste, using a mixture of peanuts, sugar, oil, and milk powder, packaged in individual sachets. UNICEF is the global leader in RUTF procurement, purchasing and distributing an estimated 75-80% of the world’s supply from over 20 manufacturers located across the world. 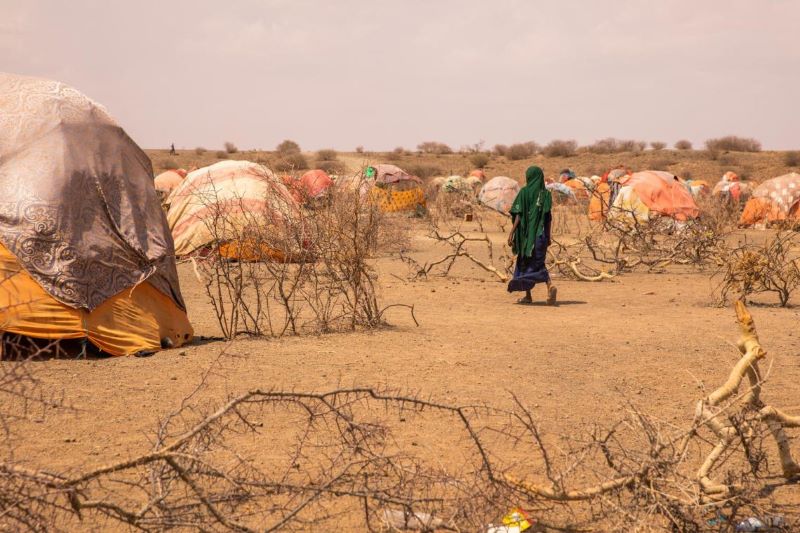 Cases are rapidly increasing in areas affected by conflict and climate shocks.A tool for survival
Currently, at least 10 million severely wasted children – or two in three – do not have access to RUTF, described by UNICEF as the most effective treatment for wasting. With its price set to go up by 16%, this could leave up to 600,000 additional children without RUTF at current spending levels, English underscores.

Severe wasting – where children are too thin for their height resulting in weakened immune systems – is the most immediate, visible and life-threatening form of malnutrition.

“RUTF is a simple, effective, affordable solution for severe malnutrition. Yet, this year, around 10 million children who desperately need it are not receiving it.”

“Meanwhile, financing for nutrition is declining sharply, largely due to the ongoing economic shock of COVID-19.”

Globally, one in five deaths among children under the age of five is attributed to severe wasting, making it one of the top threats to child survival. The total cost to treat a child with RUTF is around US$100, which can go a long way in saving a child’s life, English outlines.

“Given where the increase in the number of children in need of treatment and our main programs are, we are anticipating an increase in need in Afghanistan, Yemen, Somalia, Ethiopia and South Sudan,” English explains.

“Tinderbox of preventable deaths”
A UNICEF report titled ‘Severe wasting: An overlooked child survival emergency’ reveals that despite rising levels of severe wasting in children and rising costs for life-saving treatment, global financing to save the lives of children suffering from wasting is also under threat.

“Even before the war in Ukraine placed a strain on food security worldwide, conflict, climate shocks and COVID-19 were already wreaking havoc on families’ ability to feed their children. The world is rapidly becoming a virtual tinderbox of preventable child deaths and child suffering from wasting,” highlights UNICEF executive director Catherine Russell.Severe wasting turns common childhood illnesses into killer diseases.

“For millions of children every year, these sachets of therapeutic paste are the difference between life and death. A 16% price increase may sound manageable in the context of global food markets, but at the end of that supply chain is a desperately malnourished child, for whom the stakes are not manageable at all,” she highlights.

According to UNICEF, countries are facing historically high rates of severe wasting. In Afghanistan, 1.1 million children are expected to suffer from severe wasting this year, nearly double the number in 2018.

Drought in the Horn of Africa means the number of children with severe wasting could quickly rise from 1.7 million to 2 million, while a 26% increase is predicted in the Sahel compared to 2018.

Little hope
The report warns that aid for wasting remains “woefully low” and is predicted to decline sharply in the coming years, with little hope of recovering to pre-pandemic levels before 2028.

According to a new analysis for the brief, global aid spent on wasting amounts to 2.8% of the total health sector ODA (Official Development Assistance) and 0.2% of total ODA spending.

“There is simply no reason why a child should suffer from severe wasting – not when we have the ability to prevent it. But there is precious little time to reignite a global effort to prevent, detect and treat malnutrition before a bad situation gets much, much worse,” underscores Russell.

In a bid to tackle the situation, UNICEF is calling on governments to increase wasting aid by at least 59% above 2019 ODA levels to help reach all children in need of treatment in 23 high burden countries. It calls for countries to include treatment for child wasting under health and long-term development funding schemes.