You are in : All News > NattoPharma’s MenaQ7 vitamin K2 inhibits artery hardening in study 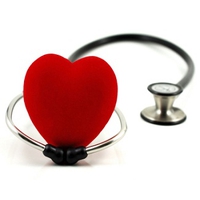 The Lebanese study – evaluated in the KING trial, a single-arm pilot study – showed that eight weeks of MK-7 supplementation (360 mcg/day as MenaQ7) was associated with significant improvement in arterial stiffness and 24-hour peripheral and central pressures. The mean reduction in carotid-femoral pulse wave velocity (cfPWV) was 1.4 m/s, which NattoPharma claim was well beyond the reduction of 1 m/s recommended for a clinically relevant vascular effect.

NattoPharma has been researching vitamin K2 meticulously for a decade. In other studies, children with a low K2 status have also been shown to be at greater risk for bone fractures and it has been linked to a reduced risk of heart disease.

Improvement in outcomes
“While our previous cardiovascular study in healthy postmenopausal women showed an improvement in arterial elasticity after three years of supplementation, the results collected in this trial are staggering, especially as the statistically significant effect was seen very quickly,” says Hogne Vik, chief medical officer of NattoPharma. “After just eight weeks of MK-7 supplementation, low vitamin K status represented by dp-ucMGP (dephosphorylated-uncarboxylated matrix Gla protein, or ‘inactive’ MGP, a K-dependent protein) level was significantly reduced by 55.1 percent. Moreover, supplementation was associated with a 14.2 percent reduction in mean cfPWV.”

“One can assume that longer MK-7 supplementation may lead to even better results and secure improvement in cardiovascular outcomes in renal transplant patients.”

According to the researchers, observational studies have shown the prevalence of subclinical vitamin K deficiency has been reported to be as high as 80 percent in the renal transplant population. Moreover, in kidney transplant recipients, vitamin K insufficiency, expressed as a high circulating level of dp-ucMGP, is associated independently with increased risk of mortality. However, studies to date had not addressed whether vitamin K supplementation may lead to improved outcomes after kidney transplantation.

In addition, NattoPharma reports that MK-7 supplementation improved vitamin K status, which was represented by the reduction in dp-ucMGP concentrations. A positive correlation was reported between the reduction in arterial stiffness, a surrogate of early cardiovascular disease, and the circulating concentration of dp-ucMGP, a marker of subclinical vascular vitamin K deficiency and calcification.

The main conclusion was that, among renal transplant recipients with stable graft function, vitamin K2 supplementation was associated with improvement in subclinical K deficiency and arterial stiffness. According to the researchers, the findings from this trial support the hypothesis that subclinical vitamin K deficiency may be a modifiable cardiovascular risk factor and may improve with MK-7 supplementation.

“NattoPharma was excited to participate in this clinical trial,” adds Dr. Vik. “We have dedicated ourselves to cultivating an understanding of the benefits vitamin K2 offers to human health, and in that work have recognized that vitamin K2 deficiency can have serious implications on arterial health. This study adds to the body of evidence confirming the cardiovascular support MenaQ7 vitamin K2 as MK-7 provides, and continues to solidify the hope this important nutrient offers the global population.”

PLT Health Solutions has received approval from the Non-GMO Project to sell its menatto brought by Japanese oils producer J-Oil Mills under this label. Menatto is a... Read More

On the occasion of World Menopause Day, the British Nutrition Foundation (BNF) is releasing findings revealing that the cost-of-living crisis has created barriers to... Read More