You are in : All News > Children with Low Vitamin K2 Status at Greater Risk for Fracture: Study 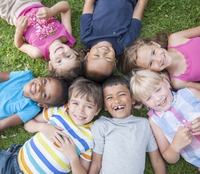 14 Jun 2017 --- A new study abstract presented at the International Conference on Children’s Bone Health in Würzburg, Germany, has highlighted the increased risk of fracture in children with low vitamin K2 status. While vitamin D has an established role in the prevention of fractures, this is the first study to evaluate both D and K2 status in healthy children with low-energy fractures (i.e., the result of falling from standing height or less) and in the control group without fractures.

“Bone fractures are very common in children and their number is growing every year. Vitamin D has a proven role in the prevention of fractures… [but the] past decade has seen increased interest in the role of vitamin K, especially K2 menaquinone-7, in bone health and prevention of bone fractures,” the authors write. “There is a scarcity of research examining the effects of vitamin K deficiency on bone health in children and adolescent populations. The aim of the current study was to evaluate the vitamin D and K status in healthy children with low-energy fractures and in the control group without fractures.”

“This is a significant study as it supports what NattoPharma’s clinical research has already revealed: that children have the most pronounced K deficiency, making them most in need for K2 supplementation,” says Dr. Hogne Vik, Chief Medical Officer with NattoPharma.

“NattoPharma's clinical trials with adult and child populations have shown that children have the greatest need for vitamin K2, as their bones are growing and developing so intensely, and confirmed that just 45mcg daily of MenaQ7 Vitamin K2 had a profound impact on children's bone health,” Kate Quackenbush, NattoPharma’s Director of Communications, tells NutritionInsight. 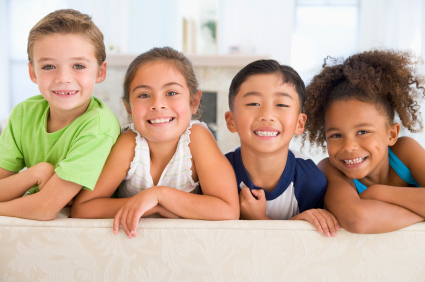 The results revealed there were no statistically significant differences in the serum calcium, NTx, BALP or vitamin D levels between the groups; however, the statistically significant difference in the UCR was observed. The median UCR in the fracture group was 0.4709 compared with the control group value of 0.2445 (p<0.000004). In the logistic regression analysis, the odds ratio of fracture for UCR were calculated. The increase of the UCR by 0.1 increases the risk of fracture by 19.24 times (p=0.003).

“Children with bone fractures have two times lower vitamin K status expressed by UCR than healthy controls,” the authors write. “Increase of the UCR by 0.1 increases the risk of fracture by 9.62 times.”

“The better vitamin K status expressed as the ratio of ucOC: cOC - UCR - have positively and statistically significantly correlated with a lower rate of low-energy fracture incidence,” the authors conclude.

Speaking to NutritionInsight about the application opportunities for K2, Quackenbush says the company’s “ultimate goal is to see MenaQ7 Vitamin K2 as MK-7 as a core nutrient in all multivitamins, but in particular for kids and prenatal multis that provide a sound foundation for health as early as possible.”

“From a claims perspective, in Europe, due to EFSA regulations, health claims must be applied and awarded. We are hopeful that this will occur in the coming years, however, given EFSA's recent performance, this is yet to be seen,” she adds.

“In other parts of the world, the regulatory guidelines are different. Regardless, one must have scientific substantiation in the body of evidence that validates the claim. NattoPharma has extensive research including in vitro, in vivo, and 16 published human studies (with more underway), that clearly demonstrate the mechanism of vitamin K2 and the subsequent real health benefits such as preserving bone health and mass, and preserving arterial flexibility,” Quackenbush states. “The data is immutable, and based upon this evidence we are confident making strong statements about the efficacy of MenaQ7 Vitamin K2.”

Currently, manganese, protein, calcium, phosphorus and vitamin D are the predominant ingredients associated with bone health claims. Innova Market Insights has recorded a 36% increase in global product launch activity with a bone and/or joint health positioning in 2016 from 2015. While new product development for bone and joint health benefits is mostly contained to the dairy category, there is growing evidence of ingredient applications and claims made for products beyond the dairy aisle.

Research has found that weight in young children from low-income households increased by an average of 7% in the first six months of the COVID-19 global pandemic. Weight... Read More