You are in : All News > Vitamin K2: NattoPharma builds a solid market foundation 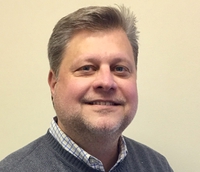 18 Jul 2017 --- After a slow period at the beginning of the 2000s, the market for vitamin K2 has increased by more than 50 percent a year for the past four years, mainly as the result of the publication of a wide range of groundbreaking studies on, for example, bone health and cardiovascular health. According to Eric Anderson, Senior Vice President of Global Marketing and Business Development at NattoPharma, this increase can be credited mainly to a decade of meticulous research supported by the Norwegian vitamin K2 company.

“I challenge any other company in the K2 world to provide a reason why vitamin K2 became interesting again,” he states. “There is only one reason: NattoPharma was able to bring back the science, promote the health benefits and findings, and bring back the excitement. The vast majority of [K2] products in the market today are based on bone health and what we have been able to show is that there is a brand new market for cardiovascular health.”

NutritionInsight spoke with Anderson about the importance of establishing a brand, supporting rigorous research and reaching out to the public, as well as the challenges the company currently faces.

“When we look at vitamin K2 as menaquinone-7, we believe this is everything that is good about the natural products industry,” Anderson says. “MenaQ7 was proven in healthy populations, and today NattoPharma is involved in two clinical trials with patients: a study of patients with coronary calcification; and a second study with patients who have aortic calcification.”

“We’ve invested tens of millions of euros proving, with universities and independent researchers, that populations that eat a lot of a certain food with this micronutrient, which can also be taken as a supplement, are getting these health benefits,” Anderson says.

“We’re only supplying the active, menaquinone/vitamin K2; these studies are being paid for by traditional medical doctors who are treating diseased patients and the only active is a vitamin. And that’s what it really should be about: You have science, science leads to discovery, which in turn leads to an investment into proving that [an active] works as a dietary supplement,” Anderson says.

He adds how researchers carrying out this fundamental work and making new discoveries applied for patents financially supported by NattoPharma.

“As a result, we are able to show benefits not only to healthy populations, but also to patient populations,” Anderson notes. “It was a massive investment, but it was everything that was right about a dietary supplement changing people’s lives.”

Despite these fortuitous findings, Anderson says that investing heavily in research comes with consequences in terms of dealing with competitors.

“So what is our biggest problem? Competitors who do nothing to validate the science, come to market and say: ‘we have the same stuff. We didn’t invest in any research; we didn’t pursue discovery for ten years, we didn’t consult with the medical community to help develop clinical studies in diseased patients,’” Anderson explains.

“[These companies] did none of that, but can offer a similar product for less. And that is the neurosis with our industry.”

According to Anderson, the flipside of this riding on the coattails of the companies who do invest in clinical studies is that if end-product brands decide to go with a cheaper product, i.e. from the company that has not invested in research, they might save in the short term, but in the long run, the companies that do come up with the new research and findings will be severely impacted, creating a situation in which money for research is simply going to dry up.

“And ultimately, this will destroy the market,” Anderson asserts.

The Value of the Brand Logo
Over the past years, NattoPharma has actively sought to expand its presence in the vitamin K2 market. Last month, the company announced a new partnership with Nutriangels, a Brazilian nutraceutical brand with products that include chelated minerals, further expanding the presence of MenaQ7 Vitamin K2 as MK-7 in Brazil.

The company reported that Nutriangels launched K2+ featuring MenaQ7 in Q2 2017, adding that the product has already been well received.

Anderson poses the question: “Why do we encourage [end-product] companies to use our brand logo?”

“There are thousands of commodity products with funny names attached to them, but they are nothing more than commodities, there’s nothing that makes them special. What makes an ingredient special is a proprietary supply chain, with one company is taking responsibility for the quality.”

“MenaQ7 has demonstrably the highest purity and quality of any product on the market today, and this is backed up by clinical studies,” Anderson says. “So when you look at these studies it very clearly says ‘MenaQ7 provided by NattoPharma.’ And there needs to be some recognition for that, which is why we have the expert endorsement of the researchers at Maastricht University.”

The quality of NattoPharma’s product is what is driving its use in drug trials, but the science is not the only aspect building the company’s reputation and standing.

“You can talk about aspects such as commercial support, public relations, marketing, media, presentations at trade shows, bringing together the first ever vitamin K2 workshop at Supply Side West. These are all things that bring value. But at the end of the day, we want to draw a straight line between the science and the ingredient that’s in the bottle. And that logo lets the consumer know that that ingredient is the trusted, validated highest quality product on the market today.”

No Such Thing as an Overnight Success
Anderson puts other companies’ reluctance to invest in research down to a lack of incentive.

“There’s no incentive for them to invest millions of euros to try to prove that their product is actually efficacious,” he states. “Instead it much easier for them borrow, or I’d say steal, NattoPharma’s science and claim the same thing.”

In a sense, these companies have outsourced their R&D departments to NattoPharma. And by failing to invest in research, “companies are stealing the intellectual property, the work and effort, not just of NattoPharma, but of every researcher that we support.”

“The vitamin K market is, unfortunately, a pretty fantastic example of one company doing the work.”

And that brings us to the second industry challenge: staying power: “An ‘overnight success’ in dietary supplements typically takes about ten years.”

“Think about vitamin D3, omega 3 fatty acids, curcumin; these have been around for years, but only in the past couple of years have these really exploded. It takes time for the recognition of the natural product to gain enough critical mass, enough science, publications and education that the industry embraces it and it makes its way down to the consumer.

“Science Should Beget Science”
Following on from ten years of studies, it is now time to work on the commercialization side of the business, Anderson says, emphasizing again that the best way to educate consumers is through the science.

“When our competitors submit an article to a trade publication, and you look at their references, they are referencing all our trials, because they don’t have any.”

Pointing to a recent media breakfast hosted by Wiley’s Finest on the benefits of vitamin K2 and omega 3, Anderson says, “the only reason they could fill a room with journalists was that they wanted to know about the latest evidence, which would be impossible without discovery.” And as the company continues to educate consumers, Anderson says it would welcome help with building the market based on scientific research.

So how exactly does Nattopharma try to make the science behind vitamin K digestible for consumers? In addition to working with brand partners, NattoPharma organizes media and scientific gatherings, bringing together journalists, industry specialists and medical doctors to present and discuss the latest findings on vitamin K2.

So What's the Good News?
“We’re reaching critical mass. Ninety percent of the vitamin K2 products sold globally are still aimed at bone health in combination with calcium or general health, which is great and it’s mostly through the health food channels. It’s now moving more into cardiovascular health applications and it's moving more into general health, for example for kids’ supplements, which is really where it should also be.”

“More than 90 percent of the West is deficient in vitamin K2, defined by the activation of K2 dependent proteins. So if more than 90 percent is deficient and this is the last recognized vitamin deficiency, we have to go out and tell the purveyors of supplements: ‘here’s something you need.’ And those first 10mg a day of an essential nutrient make a difference.”

“If we can impact human health based on discovery, then we have really done something. We believe the next ten years can be enormously beneficial for us commercially, but more importantly, for the industry as a whole,” Anderson concludes.

While bone health has traditionally been associated with older consumers, the space is seeing growing interest from younger populations. This shifting age demographic is... Read More