You are in : All News > Vitamin K2 Associated With Reduced Risk of Heart Disease 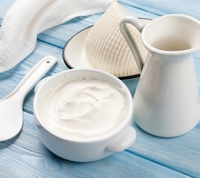 The new long-term study published by Clinical Nutrition explored if there was a relationship between intake of phylloquinone and menaquinones (vitamins K1 and K2, respectively) and all-cause and cause-specific mortality.

“As with the Rotterdam Study (2004) and Prospect-EPIC Study (2009), a link has been established between intake of long-chain menaquinones and cardiovascular health,” says Hogne Vik, chief medical officer with NattoPharma, world leader in vitamin K2 R&D and exclusive global supplier of MenaQ7 Vitamin K2 as MK-7.

Vik added, “These benefits are recognized with Vitamin K2, but not K1, which is important because there is a misconception that daily recommended intake of the vitamin K1 is sufficient to protect the arteries for developing arterial diseases.”

“This is not the case,” Vik stated, “since vitamin K1 is only documented and recognized to meet our needs for coagulation. It is, however, vitamin K2, the menaquinones, that are responsible for the cardiovascular benefits, and not vitamin K1.”

The cohort study, entitled “Vitamin K intake and all-cause and cause-specific mortality”, looked at 33,289 participants from the EPIC-NL cohort, aged 20-70 years at baseline and recruited between 1993 and 1997.

It assessed dietary intake at baseline with a validated food frequency questionnaire and intakes of phylloquinone, and total, short-chain and long-chain menaquinones were calculated.

Information on vital status and causes of death was obtained through linkage to several registries, and the association between the different forms of vitamin K intake and mortality was assessed with Cox proportional hazards, adjusted for risk factors for chronic diseases and nutrient intake.

However, the researchers concluded that higher intake of long-chain menaquinones (k2) was borderline significantly associated with lower CHD mortality.

None of the forms of vitamin K intake were associated with cancer mortality or mortality from other causes.

“Our three-year interventional study confirmed that adding vitamin K2 to one’s daily intake improves arterial health and flexibility,” Vik finalized, “We are enthused to see additional studies confirming this mechanism and encourage the nutritional community to embrace Vitamin K2 for its unique and specific benefits.”

26 Feb 2020 --- Else Nutrition is set to launch an organic, plant-based toddler formula made from almonds, buckwheat and tapioca in the US this spring. This marks the first... Read More

24 Feb 2020 --- Functional beverages are rising in popularity as consumers seek added nutritional benefits and health-boosting properties from the products they consume, often in... Read More