You are in : All News > IPA fires back at IFT member expert’s assertion on lacking science for probiotic labeling 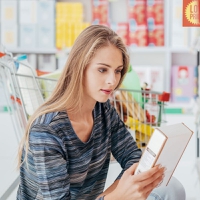 15 Apr 2022 --- The International Probiotics Association (IPA) has hit back against the Institute of Food Technologists (IFT)’s statements that US probiotic labeling is “based on little regulatory science.”

NutritionInsight speaks with George Paraskevakos, executive director at IPA, who emphasizes: “Probiotic labeling is indeed based on science. To state otherwise is inaccurate.”

Earlier this month, an IFT member expert had argued that although the dietary supplement market is full of products that say they are probiotics, this claim is not regulated by the US Food and Drug Administration, thus leading to murky labeling.

In response Paraskevakos highlights that although voluntary, IPA’s “Best Practices for Probiotics in Dietary Supplements” are based on science.

“These labeling guidelines address stability testing, storage recommendations and on-label reported counts of the probiotics in the blend at expiry, all using published guidance, regulations and good manufacturing practices (GMPs).”

Probiotics are regulated as either a food, supplement, medical device or pharmaceutical, Paraskevakos explains.

“These categories have specific guidelines to follow; hence depending on what you are commercializing, the clear labeling and regulations are well outlined.”

Considering the above, the IFT member expert added: “The dietary supplement market is full of products that say they are probiotics. Still, this claim is not regulated by the Food and Drug Administration.”

“To give context, Health Canada has its Probiotic Monograph, which is slowly becoming a model for other countries. In the US, you must have GMP’s published for labeling.”IPA states that probiotic labeling standards are justified guidelines based on research and published science.

“Additionally, IPA filed a citizens petition that led to colony-forming units (CFUs) being reported on the Supplement Fact Panel (SFP) of finished products. [CFUs] are the scientifically justified and accepted unit of measure for live probiotics.”

Meeting probiotic criteria
Paraskevakos notes that organisms have criteria to meet to be deemed a “probiotic.”

“The longstanding and accepted World Health Organization definition and guidelines for probiotics have served as the basis of all things probiotic, along with the working document published at the same time – therefore, there is guidance and science involved with probiotics,” he adds.

Paraskevakos notes that IPA published research that looked at two databases and discovered over 1,700 human clinical trials with probiotics.

“IPA’s published guidelines for labeling were created to simplify facts and allow consumers and health care providers to understand what they should look for on a probiotic label. All of the items detailed in the guidelines should be included.”

Efforts for more accurate labeling
According to the IPA Europe, creating an EU-wide framework around permitting the term “probiotic” has various industry benefits.

In the Netherlands, the term “probiotic” can be used in mandatory labeling information describing food supplements.