You are in : All News > Givaudan unveils ashwagandha infusion for mood-elevating F&B as social media buzz takes off

20 Oct 2021 --- Flavor and fragrance titan Givaudan has unveiled an ashwagandha infusion, tapping into the COVID-19-induced megatrend for mood-enhancing F&B products. The liquid extract enables easier formulation into functional foods and beverages with improved solubility and taste, taking the ingredient beyond supplements.

FoodIngredientsFirst sits down with Mieke Acda, product manager natural and nutrition at Givaudan, to discuss “the rising star of Ayurveda,” which has been increasingly adopted by social media influencers.

Most of the social media activity is focused in Europe, she reports, with the UK, Germany and the Nordics overindexing in the online buzz.

“If you ask the general population around ashwagandha, they are probably not familiar with it. But health and nutrition enthusiasts are talking about it, and these types of influencers tend to start food trends.”

Age of the influencer
Social media insights, in addition to market research, guide Givaudan to come up with the next F&B innovations.

She envisions ashwagandha as a new star in functional beverages with long-term potential to enter the mainstream as consumers become more aware of its benefits. 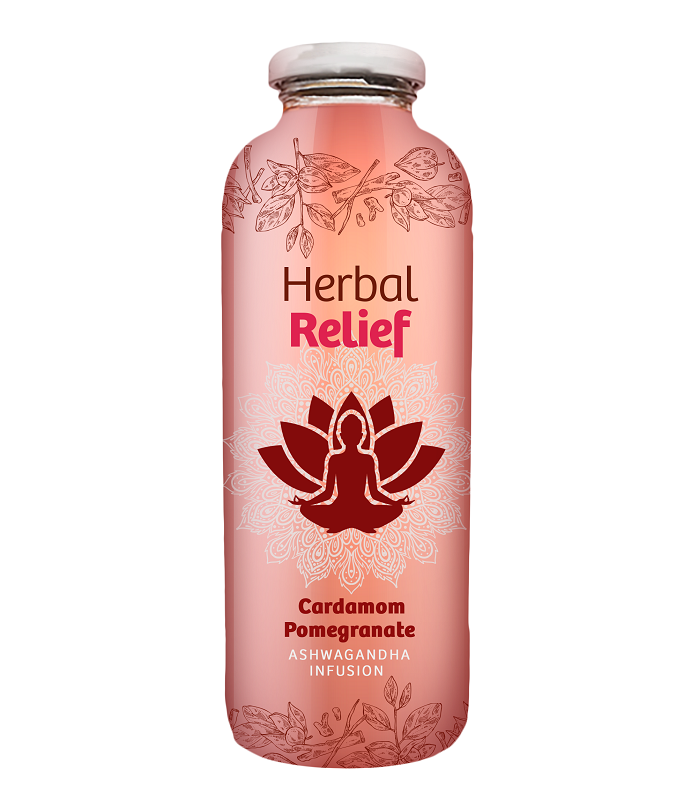 Givaudan’s prototype ashwagandha beverage is complemented with pomegranate and cardamom flavors.A survey by Givaudan Europe, North America and Asia Pacific found the top consumer associations with ashwagandha in 2020 include relaxation and mood, energy, cognition and beauty.

She also reveals that COVD-19’s impacts have led to a surge in mental health awareness, with more consumers turning to foods and beverages that can improve their mood.

Notably, “Age of the Influencer” was named a Top Ten Trend by Innova Market Insights for this year.

Overcoming formulation hurdles
The new format builds on Givaudan’s existing ashwagandha extract in its portfolio. The adaptogen has traditionally been limited to food supplements focused on stress relief, being combined with ingredients like valerian and passionflower, explains Acda.

This is because the standard format can be difficult to apply to F&B due to off-notes. It can also create some challenges regarding sedimentation.

“The new liquid extract can be labeled as a concentrated infusion, so it’s just concentrated in water, making it easy to apply in beverages,” she says.

Acda further stresses that there is plenty of room for innovation in functional drinks, which is a key focus area of Givaudan at the moment.

The company has verified the concentrate for use in both still and carbonated beverages, neutral pH waters, syrups, as well as dairy and yogurt concepts.

The double sell of functional beverages
To introduce the latest infusion, Givaudan developed a prototype beverage combining ashwagandha with flavors that are associated with stress relief.

She underscores that flavors are essential because functional beverages must “be sold twice.”

“Once for the on-pack claim with the benefits and the second time you have to sell it via the flavor.”

It contains 1.2 to 1.3% ashwagandha infusion and is complemented with pomegranate and cardamom to give a “fruity-warm type of flavor,” says Acda.

Ashwagandha’s use dates back to 6000 BCE in the Vedas, reports Givaudan.She adds that Givaudan has performed extensive market research to investigate which types of food and beverages consumers prefer to get relaxation from and what types of flavors they associate with relaxation.

How does ashwagandha work?
The exact mechanisms of action for ashwagandha are currently not known, explains Acda.

“There’s some science behind it, but there’s not a consensus on how it gives stress relief.”

She reports that there are a few different theories. “One idea is that it has an effect on the nervous system, mainly the hypothalamus.”

Other scientists mention it as an antioxidant, attributing relaxation to the reduction of free radicals.

“A newer potential mechanism emerging is that the ingredient results in a shift in the microbiome, which works on the gut-brain axis to reduce stress. They also see it may change the microbiome’s diversity.”

While there is no single mechanism, she admits that it’s likely a combination of several pathways that leads to stress relief.

Regardless of the limited science, ashwagandha has a strong story to tell with its use dating back to 6000 BCE in the Vedas, supports the company.

Reinforcing colors, flavors and fragrances
In other recent moves, Givaudan acquired DDW, The Color House, strengthening its position in natural colors as part of its 2025 strategy to expand the company’s global Taste & Wellbeing business.

Functional ingredients are sweeping across the beverage sector, as recently spotlighted on the showfloor of Anuga 2021.

Meanwhile, the flavor house also tipped “mindful drinking” to be the next big industry movement as the alcohol reduction trend takes hold.

Givaudan is the global leader in the creation of flavours and fragrances, with its heritage stretching back over 250 years, the Company has a long history of innovating tastes and scents. From a favourite drink to your daily meal, from prestige perfumes to cosmetics and laundry care, its creations inspire emotions and delight millions of consumers the world over. The Company is committed to driving purpose-led, long-term growth while leading the way to improve happiness and health for people and nature. In the fiscal year 2019, the company employed over 14,900 people worldwide and achieved sales of CHF 6.2 billion and a free cash flow of 12.7% of sales. Let’s imagine together on www.givaudan.com.

Powered by innovation and creativity, Givaudan Taste & Wellbeing aims to shape the future of food by becoming the co-creation partner of choice to its customers. Built on its global leadership position in flavours and taste, the Company goes beyond to create food experiences that do good and feel good, for body, mind and planet. With an expanded portfolio of products across flavours, taste, functional and nutritional solutions and a deep knowledge of the food ecosystem, Givaudan’s passion is to collaborate with customers and partners to develop game changing innovations in food and beverage. Let’s imagine together the future of food. Learn more at www.givaudan.com/taste-wellbeing.