You are in : All News > COVID-19 wake-up call? UK’s “war on obesity” officially begins with raft of measures to reduce weight

Among the measures are a ban on junk food advertising, restrictions on high fat, sugar and salt promotions and a push to embrace healthier lifestyles 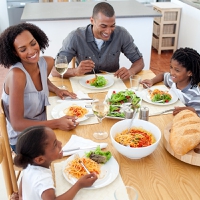 27 Jul 2020 --- The UK Department of Health and Social Care has revealed a raft of measures as part of its anti-obesity strategy to tackle COVID-19. The link between obesity and worse COVID-19 outcomes has been flagged by Public Health England (PHE); however, Prime Minister Boris Johnson admitted his own weight has a bearing and declared a “war on obesity” after he spent time in an intensive care unit (ICU) fighting the virus earlier this year. The government hopes this campaign will encourage those currently overweight to lose 2.5 kg, claiming it “could save the NHS £105 million (US$135 million) over the next five years, and improve people’s lives and overall well-being.” So far, there have been mixed reactions from several UK think tanks.

The just-published government policy paper imposes a ban on TV and online advertising before 9 pm and one-plus-one deals for foods that are high in fat, sugar and salt (HFSS). Moreover, calories will be displayed on menus for food and alcoholic beverages to urge consumers to make healthier choices. Lastly, a national campaign, hailed as a “wake-up call,” will be launched that will inspire people to “lose weight, get active and eat better after COVID-19.”

“If we all do our bit, we can reduce our health risks and protect ourselves against coronavirus – as well as taking pressure off the NHS,” Johnson notes.

“To support people, we need to reduce unhelpful influences like promotions and adverts that affect what you buy and what you eat. Taken together, supported by an inspiring campaign and new smart tools, will get the country eating healthily and losing the pounds,” affirms Health and Social Care Secretary Matt Hancock.

The burden of obesity on health
Obesity is one of the biggest health crises the country faces. Almost two-thirds (63 percent) of UK adults are overweight or living with obesity. Moreover, one in three children leave primary school overweight or obese, with obesity-related illnesses costing the NHS £6 billion (US$7.7 billion) a year. 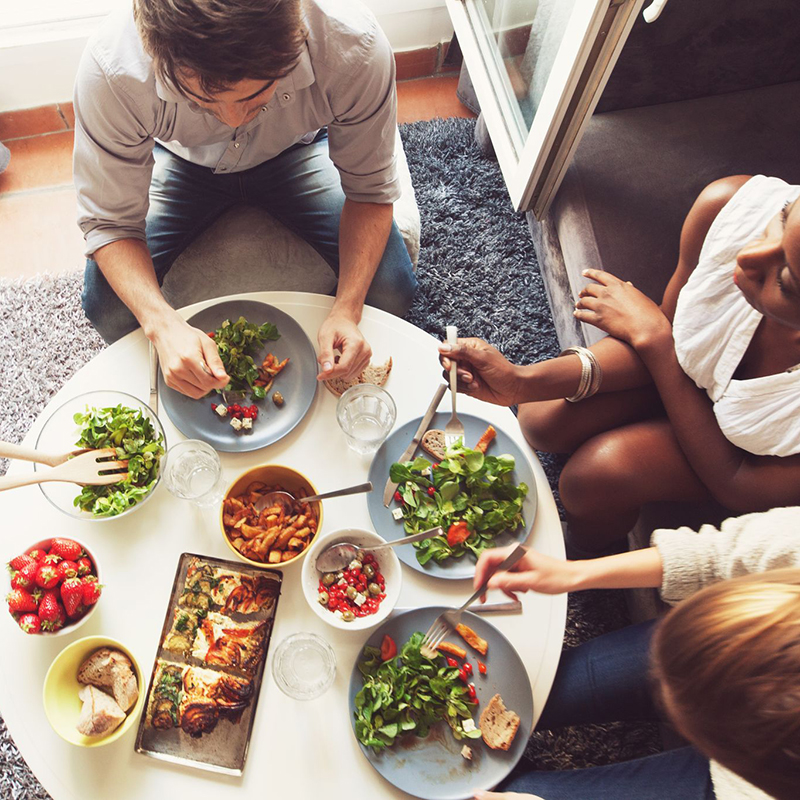 “Smart tools will get the country eating healthily and losing the pounds,” affirms Health and Social Care Secretary Matt Hancock.“In the past few months we have seen that being overweight or living with obesity puts you at risk of dying from COVID-19, highlighting the impact that excess fat tissue has on vital organs like the heart, lungs and liver,” states the paper. In fact, the government paper flags that nearly 8 percent of critically ill patients with COVID-19 in ICUs have been morbidly obese, compared with 2.9 percent of the general population.

The plan is, therefore, being launched alongside a new “Better Health” campaign, led by Public PHE, which will call on people to embrace a healthier lifestyle and to lose weight if they need to, supported by a range of evidence-based tools and apps providing advice on how to reduce the waistline.

Measures to tackle the obesity pandemic
The move includes new laws that will ban the advertising of food high in fat, sugar or salt on television and online before 9 pm when children are most likely to see them. Ahead of this, the UK government will also hold a new short consultation on whether the ban on online adverts should apply at all times of the day.

New legislation will restrict the promotion of food HFSS, such as “buy one get one free” offers. There will also be a ban on these items being placed in prominent locations in stores, such as at checkouts and entrances and online. Shops will be encouraged to promote healthier choices and offer more discounts on food, including fruit and vegetables.

The new measures will also require large restaurants, cafes and takeaways with more than 250 employees to add calorie labels to the food they sell. This measure will help consumers make healthier, informed choices as part of a balanced diet.

A new consultation will be launched before the end of the year on plans to provide calorie labeling on alcohol. Alcohol consumption has been estimated to account for nearly 10 percent of the calorie intake of those who drink, with around 3.4 million adults consuming an additional days’ worth of calories each week – totalling an additional two months of food each year, the policy reads. 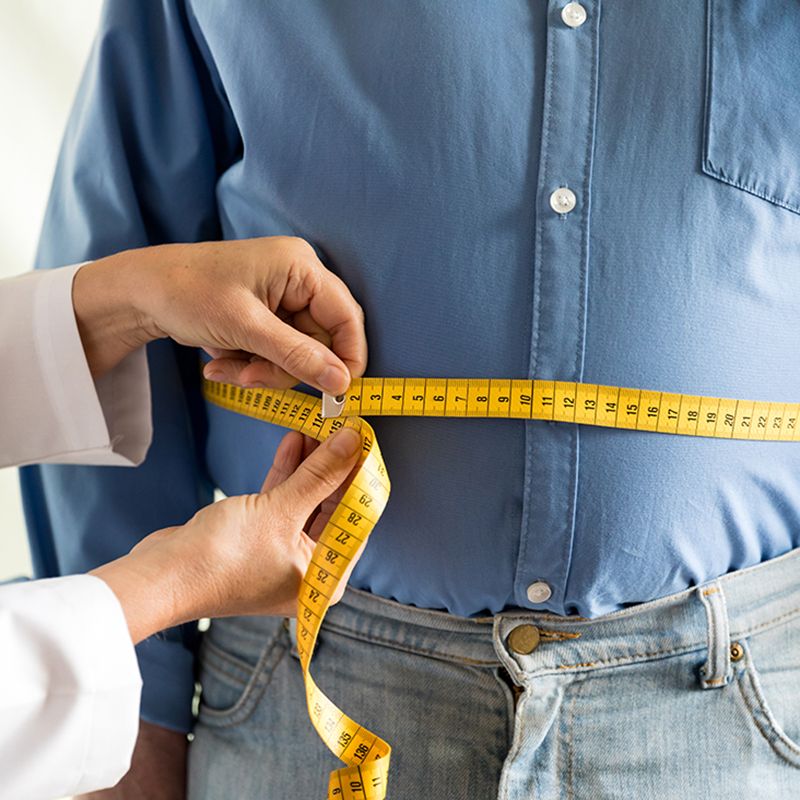 Obesity is one of the biggest health crises the country faces. Almost two-thirds (63 percent) of UK adults are overweight or living with obesity.Weight management services will be expanded so more people get the support they need to lose weight. This will include more self-care apps and online tools for people with obesity-related conditions and accelerating the NHS Diabetes Prevention Programme.

“We will also launch a consultation to gather views and evidence on our current ‘traffic light’ labeling system to learn more about how this is being used by consumers and industry, compared to international examples. Our ‘traffic light’ scheme is popular, with 90 percent of consumers agreeing it helps them make informed decisions when purchasing food,” the government states.

Think tanks respond
In light of the announcement, a number of UK organizations have responded so far to the move. Daniel Pryor from the Adam Smith Institute does not endorse the move and notes that while politicians might find TV ads annoying, the revenues they generate help fund popular shows. Banning junk food ads before watershed would give us worse TV and do nothing to improve the nation’s health.

“A large body of evidence shows that advertising doesn’t brainwash us into buying things we don’t want. Instead, it works by boosting specific brands, like encouraging people who fancy a takeaway to choose Wagamama over Nando’s. Since there’s no legal definition of junk food, the proposed ban would include virtually all fruit juice, raisins, hummus, most cheeses and more. Public health nannies might want to treat us all like brainwashed children, but we should reject them and their half-baked nonsense,” asserts Pryor. .

However, some views are supporting the government move, as this is a step in the right direction, according to Professor Judith Buttriss, Director General, British Nutrition Foundation (BNF).

“However, given the scale of the problem, it is likely that further action across many different areas will be needed in order to have a significant impact on obesity levels. The progressive rise in obesity we have seen in recent decades is related to major changes in our environment and the way we live, where energy-dense foods are readily available and it’s very easy to be inactive. Therefore, tackling obesity requires many changes to make it easier for us to act on our intentions to improve our health, to eat healthily and be active, and this is not something that is quick or easy to fix.”

“Tackling obesity is not just about personal willpower but has to address the constant stream of advertising, promotional deals and junk food displays that keep nudging us in the direction of less healthy eating habits. We would welcome the government’s commitments to introducing a 9 pm watershed for junk food advertising, and restrictions on promotions of unhealthy products in store. We will also continue to push for further action to include reviewing labeling, packaging, high street food business incentives and fiscal measures for healthier food,” says Ben Reynolds, Deputy Chief Executive of Sustain.

Meanwhile, Katharine Jenner, Campaign Director at Action on Sugar and Salt also supports the move. “This will be hard to stomach for some, but for the more responsible companies, this is an opportunity to build back better, making and promoting healthier options.”

“However, it’s absurd that the highly successful soft drinks levy has not been extended to other unhealthy foods and drinks which contain sugar,” she concludes.