You are in : All News > “Groundbreaking research” points to the power of plant-based diets

“Groundbreaking research” points to the power of plant-based diets

27 Jul 2020 --- The health benefits of plant-based diets have been underscored in three latest research findings. Plant-based diets high in carbs can improve Type 1 diabetes, a field of research that is often overshadowed by its Type 2 counterpart. Meanwhile, diets high in plant protein have been linked to lower risk of death while another notes how buckwheat enhances the production of sirtuin 1, a protein that is known to increase life expectancy.

“While many people are aware of the connection between diet and Type 2 diabetes, not as much is known about the link between diet and Type 1 diabetes. Type 1 diabetes is increasing at a worldwide rate of about 3 to 5 percent per year, which suggests that in addition to the genetic component, the risk may be influenced by environmental factors, potentially including diet,” Dr. Hana Kahleova, the lead author of the first study, tells NutritionInsight.

“This research is exciting because it could be groundbreaking in how we manage Type 1 diabetes. It’s important that researchers explore these links so that we can determine whether dietary interventions can help our patients with Type 1 diabetes,” she adds.

Plant-protein carbs for Type 1 diabetes improvements
Her research followed a female patient who was diagnosed with Type 1 diabetes in 2018 and had an A1C at 8.7 percent. She initially adopted a low-carb (less than 30 g of carbohydrates per day), high-fat diet incorporating a high meat and dairy intake. Her blood sugar stabilized, but she required more insulin per g of carbohydrate consumed. Her total cholesterol also increased from 175 to 221 mg per dL.

A patient following a high-carb animal-based diet likely would not see the same benefits as the patients who switched to a plant-based diet, says Dr. Kahleova.In January 2019, she switched to a plant-based diet, eliminating dairy products, eggs and meat. The patient was able to decrease her insulin dosage, maintain her A1c level at 5.4 percent and drop her cholesterol level to 158 mg per dL.

“Two of the main reasons why we saw benefits from a high-carbohydrate plant-based [diet] are that it’s low in fat and high in fiber. We know that a low-fat diet can help improve insulin sensitivity for patients with Type 2 diabetes and it appears that the low-fat diet had a similar effect on managing Type 1 diabetes for the patients in both case studies,” says Dr. Kahleova.

Moreover, she highlights that eating a high-fat diet can cause fat particles to build up inside cells, interfering with insulin’s ability to move sugar out from our bloodstream and into our cells. “That means less glucose gets into our cells to power them. A plant-based diet is low in fat, which allows insulin to function properly. Fiber is also important, because fiber-rich foods have been shown to reduce post-meal blood sugar levels in patients with either Type 1 or Type 2 diabetes.”

Admittedly, the sample size is small, says Dr. Kahleova, as only one study participant took part. However, these case studies add to the growing evidence that plant-based diets may be helpful for those with Type 1 diabetes, she underscores.

“This research also offers hope to patients that a diet change may be helpful in managing Type 1 diabetes, but also in improving their overall health. Not only did both patients reduce their insulin dosages and improve blood sugar control at the same time, but all the ‘side effects’ they experienced were good ones. They lost weight and lowered cholesterol levels into a healthy range.” 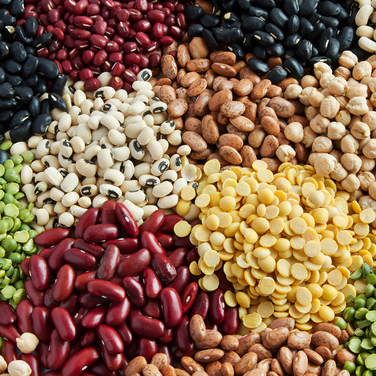 They reviewed the results of 32 studies that reported risk estimates for all causes, cardiovascular and cancer mortality in adults aged 19 or older. During a follow-up period of up to 32 years, 113,039 deaths – 16,429 from cardiovascular disease and 22,303 from cancer – occurred among 715,128 participants.

Possible reasons for the beneficial effects of plant proteins include their association with favourable changes in blood pressure, cholesterol and blood sugar levels, which might help to lower the risk of conditions such as heart disease and Type 2 diabetes, say the researchers.

While further studies are required, these findings “strongly support the existing dietary recommendations to increase consumption of plant proteins in the general population,” they conclude.

The third study’s observations indicate that buckwheat ensures proper growth and development in the long term. Buckwheat for longevity
Also seeking to enhance life expectancy, a third study found that a buckwheat-based diet helps to increase the level of Sirtuin 1 (SIRT1) protein in mice without restricting dietary calories.

“The results justify the superior nutritional profile of buckwheat laden with essential nutrients, essential proteins and bioactives. In contrast, calorie restriction resulted in a decline of the total protein content in circulation by 19 percent, while reduction of total protein in stomach, liver, and kidney was estimated to be 95 percent, 35.2 percent, and 27 percent, respectively,” the study abstract reads.

The researchers linked a 30-fold enhancement of SIRT1 in stomach post-calorie reduction less stress in gastric tissues. This reveals that mild to moderate expression of SIRT1 may confer beneficial effects such as delayed aging and stress resistance. However, the study flags that exceedingly high SIRT1 may evoke increased oxidative stress.