You are in : All News > Califf’s FDA commissioner nomination spurs calls for cross-category action

The nutrition industry has broadly backed Califf, but concerns about pharmaceutical ties have been raised 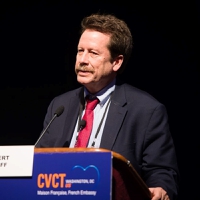 18 Nov 2021 --- Following the nomination of Dr. Robert Califf for commissioner of the US Food and Drug Administration (FDA), members of the nutrition industry are flagging the onward actions needed, such as better guidance around CBD and probiotics, as well as increased funding to the FDA’s Office of Dietary Supplement Programs (ODSP).

“While it’s critical to get a permanent commissioner at the FDA, we’re just as concerned about getting a permanent director named at the ODSP,” Steve Mister, president and CEO of the Council for Responsible Nutrition (CRN), tells NutritionInsight.

Notably, US President Joe Biden’s nomination of Califf follows a six-year period of having seven different commissioners. Among these acting and permanent commissioners was Califf, who previously served for 11 months in 2016.

The role of FDA commissioner is crucial as they oversee the full breadth of the FDA portfolio and execution of the Federal Food, Drug and Cosmetic Act and other applicable laws.

“As the FDA considers many consequential decisions around vaccine approvals and more, it is mission-critical that we have a steady, independent hand to guide the FDA. I am confident Califf will ensure that the FDA continues its science and data-driven decision-making,” says Biden. Biden says that Califf had strong bipartisan support in the Senate in 2016.

“Having previously served at the helm of FDA, Califf is an excellent choice to lead the agency at such an important time for public health. In addition, his experience and insights on digital health and technology will be critical for helping to shape the future of FDA and the growth of consumer self-care,” says the CHPA.

NPA president and CEO Daniel Fabricant adds that if confirmed, Califf will be responsible for leading the agency during one of the most challenging moments in history.

Notably, the COVID-19 pandemic is continuing to send shockwaves across industries – even as the two-year anniversary approaches. One impact has been an ongoing supply chain crisis, which is driving many companies to look for local solutions.

A full list of action items
While the NPA welcomes Califf’s return, it is keen to hear his views on the Dietary Supplement Health and Education Act, regulating the rapidly expanding CBD industry, and addressing the issue of adulterated ingredients through the new dietary ingredient (NDI) process.

For the CHPA, key priorities will be regulatory modernization efforts like OTC Monograph reform implementation and modernization of the regulatory framework for dietary supplements. CSPI argues that without a mandatory registry that lists all the products on the market, effective regulation is impossible.

Pharmaceutical ties under scrutiny
However, Califf’s nomination has also received flak due to his financial ties to the pharmaceutical industry.

“Califf must not be allowed to again pass through the revolving door between the FDA and regulated industries. The Senate therefore must reject Califf’s nomination and demand that Biden nominate an individual who has been dedicated to advancing public health – one who unquestionably will place the public interest ahead of the interests of FDA-regulated industries,” argues Carome.

Restoring integrity?
The Center for Science in the Public Interest (CSPI), another independent consumer advocacy organization, emphasizes the importance of restoring the FDA’s reputation for scientific integrity.

“This reputation took a considerable beating during the administration of Donald Trump. This requires a commitment to high scientific standards and full transparency in agency decision-making,” says CSPI president Dr. Peter Lurie, who is a former FDA associate commissioner.

He flags the ongoing sodium reduction efforts, modernized food labeling regulation and a crackdown on illegal supplement claims and ingredients as key focus points for Califf.

“I also urge the next commissioner to reverse the Department of Health and Human Services order, issued under the Trump administration, that in effect precluded FDA from regulating lab-developed tests, be they for COVID-19 or other conditions. It would send a signal, small but much needed, that science and not politics is flying the plane at FDA,” Lurie concludes.

A study published in Frontiers in Pharmacology on post-menopausal mice, investigates the potential of cannabidiol (CBD) on estrogen deficiency. The results showed... Read More

Researchers are exploring the effects of cannabidiol (CBD) on patients with heart disease as preclinical studies have been reviewed. The findings are said to be valid... Read More