You are in : All News > Unregulated substance adulteration: FDA urged to crack down on illegal phenibut in supplements

Unregulated substance adulteration: FDA urged to crack down on illegal phenibut in supplements 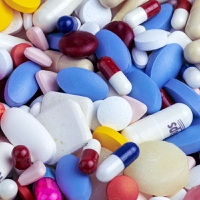 23 Sep 2021 --- The Center for Science in the Public Interest (CSPI) is urging the US Food and Drug Administration (FDA) to bring enforcement proceedings against companies that market dietary supplements, foods or other products that contain phenibut – an illegal, unapproved drug that is considered unsafe.

Investigators at the nonprofit nutrition and safety watchdog group found 14 products marketed by 19 entities that contain phenibut-containing products, including one major grocer, Kroger.

This call for enforcement follows the Centers for Disease Control and Prevention’s report on the rise of calls to poison control centers reporting adverse effects of phenibut between 2009 and 2019.

Action required by FDA
CSPI is now asking the FDA to send warning letters to all 19 entities found to be marketing phenibut-containing products and clarify for the public that phenibut is an adulterant.

“Phenibut marketers are thumbing their noses at the FDA, knowing that the agency has a hard time keeping up with fly-by-night supplement makers,” says Peter Lurie, CSPI president.

“But the problem is not limited to fly-by-night operators. There’s no excuse for a major national retailer such as Kroger to be putting this dangerous, unapproved drug on its virtual shelves.”

It additionally has withdrawal symptoms that may include anxiety, agitation and acute psychosis.

A serious issue
Also supporting the CSPI in its call for FDA action is Brandon Lackey, executive administrator of the Alabama Association of Christian Recovery Ministries, who has seen first-hand the negative impact of phenibut and other substances on recovery communities.

Echoing this, a NOW investigation revealed that half of turmeric extracts fail quality and labeling tests as they included unapproved substances.

“We analyzed the content of phenibut supplements both before and after FDA enforcement warnings,” Cohen explains. “What we found surprised us: even after the FDA warning, supplements continue to be openly advertised as containing the illegal drug.”

The 14 products identified by CSPI generally fall into one of three regulatory categories: dietary supplements, foods and drugs. FDA has indicated in prior enforcement actions that phenibut is an adulterant in nutritional supplements and food and is not approved for sale as a drug in the US.

The CSPI letter also identifies additional legal violations for the products, such as when manufacturers imply that phenibut is a “dietary ingredient” when it fails to meet the legal definition for this term. Companies that run afoul of FDA rules by selling phenibut could face criminal prosecution for violating federal law.

Unapproved antidepressant tianeptine
CSPI and Lackey have previously urged federal regulators to crack down on sales of tianeptine. This unapproved antidepressant drug binds to opioid receptors and is similarly marketed as a dietary supplement.Investigators at the nonprofit nutrition and safety watchdog group found 14 products marketed by 19 entities that market phenibut-containing supplements

Some of the same companies make both products. One product identified by CSPI contains both tianeptine and phenibut.

“It is past the time for Congress to amend The Dietary Supplement Health and Education Act of 1994 (DSHEA). The public deserves higher, not lower, safety standards for the supplements that we use and trust,” says Lackey.

Taking action on adulterated substances
NutritionInsight previously reported on consumers’ declining trust in the supplement industry, and an NSF survey found that 96% of US consumers are worried about the safety of dietary supplements. Also, an ACG exec stated that regulatory demands and product transparency would change the nutraceutical industry in the coming years.

In July, a partnership involving ABC, AHP and BAPP was formed to address the dietary food supplement industry’s continued challenges with adulteration.

Vitamin D use significantly increased during the COVID-19 pandemic, according to the Council for Responsible Nutrition (CRN)’s 2021 Consumer Survey on Dietary... Read More

Increased consumer demand for immunity products ahead of the winter season is a key driver behind BioGaia’s growth, according to the Sweden-based company. It has... Read More