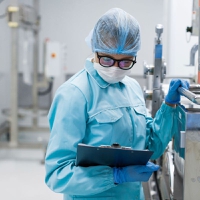 The expansion addresses the rise in total global demand for astaxanthin and an increase of brands worldwide using AstaZine. The development will be built in the same area as the existing farm, about one kilometer from the current south-central China site.

“With continued awareness of the various health benefits of astaxanthin, this expansion will allow users to apply our material and gain customers in the process readily. For industry, we continue to show the importance of astaxanthin and the many health benefits we have clinically studied it for,” Christian Artaria, CEO at BGG Europe SA, tells NutritionInsight.

According to BGG, the groundbreaking of the new site will take place from the beginning of May, with a predicted completion date of one year.

Regulatory approval for market expansion
There are vital areas where demand is being driven for natural astaxanthin from microalgae, Artaria explains.

“We have responded to these areas. Firstly, we have been working on regulatory approvals, certifications and filings worldwide. The regulatory approvals are to authorize and support the use of the product in different geographic markets. In a short few years, we were able to register AstaZine worldwide, including the US, Europe, Canada and Australia.”

AstaZine has demonstrated efficacy in supporting heart function during exercise, BGG notes.“Secondly, we have been working on galenic improvements to make our ingredient suitable in any possible formulation, such as tablets, hard capsules, soft gels, sachets, stick packs or even beverages,” says Artaria.

For solubility issues, the Dispersa technology makes it possible to have entirely transparent and stable drinks over time with no suspensions, sedimentations or aggregations.

“Lastly, we continue to develop a cost-effective astaxanthin that allows it to move away from being seen as a niche and often a single ingredient product to a product acceptable in more complex formulations,” adds Artaria.

“Astaxanthin, an antioxidant that protects cells from free radicals and oxidative stress, has been linked to at least ten clinically validated benefits,” adds Artaria.

According to BGG, these benefits include eye and brain health, skin health and “beauty from within,” immune system modulation, cardiovascular support, anti-aging qualities and support for sports and active people.

“We built the astaxanthin manufacturing plant in an area 2,200 meters above sea level for the best possible insolation, avoiding huge energy consumption versus obtaining power via UV lamps,” Artaria explains.

Throughout the year, stable and mild temperatures in the region where the plant is located help avoid using heating or cooling systems to maintain the ideal growing temperature for Haematococcus Pluvialis.