You are in : All News > Aging well embraces “decade of healthy living,” merges with “youthful” trends 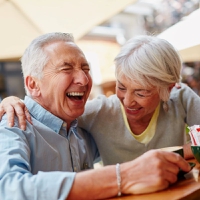 24 Mar 2022 --- As human life expectancy increases and the elderly population expands, a rise in illnesses and disabilities is at the forefront. Considering NPD to combat and prevent these chronic issues, the aging well space is growing and merging with other trends.

NutritionInsight speaks to industry experts from Arjuna Natural, Dolcas Biotech, Gencor, Pharmactive Biotech Products and Solabia-Algatech Nutrition on how the aging well space incorporates different trends and goes beyond nutrition to include skin and eye health.

“The elderly population is growing at a 10% rate every decade. It is projected that by 2050, the number will double from 600 million to 1.2 billion,” observes Lior Rigler, regional sales manager at Solabia-Algatech Nutrition.

“There is a shift in the healthy aging space, moving away from managing acute and chronic conditions, such as cardiovascular diseases and severe pain problems, toward helping consumers age healthily to avoid chronic conditions later in life,” says Maggie McNamara, marketing director at Gencor.

Anup Krishnan, CEO at Arjuna Natural, adds: “Aging well emphasizes the idea that people can maintain satisfying and healthy lives as they age by exercising the choices that optimize healthy, active and secure lives.”

Supporting Krishnan’s view, Rigler adds: “Many people today embrace aging as a natural part of life that can be positive and fulfilling.”

The decade of healthy aging
Industry is in the middle of a period that focuses on aging well, notes Dr. Shavon Jackson-Michel, director of medical & scientific affairs at DolCas Biotech.

“The UN General Assembly officially declared 2021-2030 as the ‘Decade of Healthy Aging,’ wherein business, governmental, academia, media, private and healthcare sectors will merge on their efforts to promote the goal of not only living longer but living in a healthy and gratifying way,” Jackson-Michel explains.

The initiative focuses on action areas, including changing how consumers think, feel and act toward age and aging.The UN General Assembly officially declared 2021-2030 as the ‘Decade of Healthy Aging.’

“Another of the action areas of the Decade of Healthy Aging initiative is delivering person-centered integrated care and primary health services that are responsive to this demographic,” adds Jackson-Michel.

“There has been a shift from the normal cardiovascular and joint health concerns to a more active lifestyle and mental well-being. Beauty-from-within has grown even with this being a category of ‘concern’ previously,” says Dave Foreman, a media personality known as the Herbal Pharmacist, speaking on behalf of Gencor.

Also explaining how aging well is merging with other trends, Jackson-Michel says: “The aging well trend has merged with health joint and pain and discomfort categories.”

“Additionally, it has merged with brain-health and cognition categories, along with skin, hair and nails categories. This is due to the effects that cumulative sun damage among other lifestyle factors, like oxidative stress-antioxidant balance, water intake, smoking and stress, can have on the skin.”

Demand for supplements and antioxidants
With aging well’s growing popularity, there is an increased demand for dietary supplements including potent antioxidants to support healthy aging, details Rigler.

“Oxidative stress plays an important role in aging. With age, the efficiency of the antioxidative and repair mechanisms in the body decrease. Long-term exposure to a high amount of Rate of Oxidation (ROS) can damage lipids, proteins and DNA. In the elderly, it may affect cardiovascular, brain, eye, immune, muscle and skin health.”The aging well space is gaining popularity, yet combining with “younger” health concerns.

“Astaxanthin is one of the most powerful antioxidants and it is bioavailable in many organs and tissues. It can also cross the blood-brain and blood-retinal barriers, thus achieving many health-related benefits,” adds Rigler.

Consumers are more curious and want to understand supplements’ mechanisms of action that are supported by credible scientific evidence, adds Espinel.

“The aging population nowadays is interested in supplements that maintain physical and mental well-being and improve the aging signs such as reducing wrinkles and hair loss. They are adopting a holistic well-being approach and looking for products with various active health claims targeting mood, beauty and energy,” Rigler explains.

“Immunity stands as the essential factor for a better quality of life for healthy aging as that defends the body from diseases and protects against the disintegration of the body from inside out. Turmeric has always been considered a star ingredient in immunity for decades,” says Krishnan.

“While exercise is widely recognized as a must for every age, there are unique challenges in old age where the chances of musculoskeletal pain due to exertion can be more profound.”

“Curcumin and collagen are significant ingredients in this sector due to their overlapping effects in many areas, explains Jackson-Michel.Healthy aging is moving away from managing acute and chronic conditions, such as cardiovascular diseases and severe pain problems.

“For instance, collagen is beneficial for joint health and beauty-from-within. Curcuminoids have shown overlapping benefits in joint health, cognition, cellular and DNA protection as a powerful antioxidant and anti-inflammatory.”

“In the last few years, new concepts are targeting the aging population via biological clocks, gene regulation, telomeres, epigenetics and so on, which are more complex than the traditional messages based on healthy diets and moderate exercise.”

“A major challenge will be to design products that offer different solutions to support healthy aging and supplements in different formats other than tablets or soft gels, such as sachets and liquids.”

According to DolCas Biotech, factors that affect aging well include the delivery of actives.

“This population classically has many digestive health concerns that could impair their ability to take in supplements in capsules. Additionally, this may be because supplements are considered secondary over medications, in a complementary sense – can lead to fatigue of consuming actives delivered in this way,” says Jackson-Michel.

“Stress, exercise, diet, disease and medication might be the result of inflammation, infection, free radicals in the atmosphere, oxidative stress and more that stand as strong agents in aging,” adds Krishnan.

“For the aging population, ingredients and formulations that have versatility in how they can be delivered, such as in food supplements or added into the F&B they already consume, could be beneficial in overcoming NPD concerns,” Jackson-Michel explains.