You are in : All News > “Pure hell”: Ongoing row in Sri Lanka over child malnutrition, as protein and iron deficiencies spiral 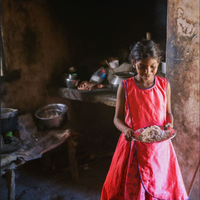 09 Sep 2022 --- Sri Lanka’s ministry of health has rejected a UNICEF report which placed the country in sixth place on a global malnutrition index. The numbers have ignited a fiery debate in the nation’s parliament, as legislators and agencies warn of a looming protein deficiency in the population as nutritious food becomes unaffordable.

“We are at a time where it is dangerous for children and pregnant mothers. People can’t afford protein-based products,” says legislator for Sri Lanka Podujana Peramuna party, Sudarshini Fernandopulle.

“What we had was a calorie deficit. We did not have a protein deficit. But we will be seeing it in the future. And we will also see anemia as a result of iron deficiency,” adds Fernandopulle, a medical consultant and former junior health minister.

UNICEF’s chief of communication, advocacy and partnerships in Sri Lanka, Bismarck Swangin, tells NutritionInsight the families who are already the most vulnerable are impacted the most.

“These include poor families both in urban and rural areas, those whose incomes have declined and their access to adequate food, safe water and proper hygiene and sanitation are compromised.” 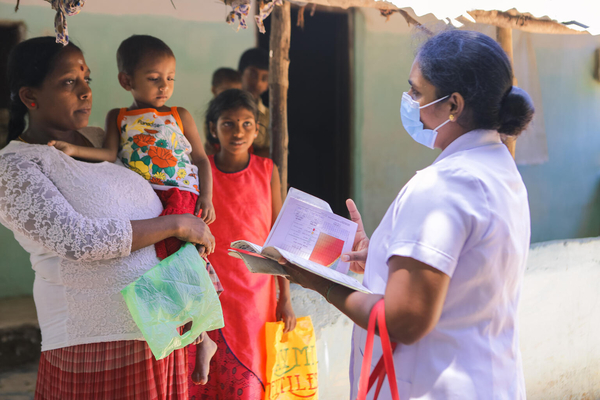 A UN survey revealed two-thirds of households surveyed reported declining incomes, especially among daily wage earners.Government turns blind eye?
UNICEF’s report spanning from January 1 to June 30 this year, details 1.6 million children across South Asia under the age of five are malnourished. The agency aims to treat at least 56,000 children for malnutrition by the end of 2022 in Sri Lanka.

Nonetheless, the root of the issue lies in a report published by the World Health Organization, UNICEF and World Bank last year titled ‘Levels and Trends in Child Malnutrition’. The findings sparked calls for a parliamentary debate amid fears of the consequences. Asked why the report became a nationwide issue a year after its publication, Swangin notes: “it is unclear.”

Conflicting numbers
According to Chandragupta, the national level survey conducted by the Medical Research Institute at the end of 2021 “confirmed” the malnutrition status of children under the age of five in Sri Lanka had decreased by 13.2%.

The global report by the WHO, UNICEF and World utilized the latest DHS (Demographic and Health Survey), which dates back to 2016. This is official data from Sri Lanka’s department of census and statistics, and ministry of health, Swangin notes.

“The survey the government refers to conducted by the Medical Research Institute in 2021 putting wasting at 13.2% is limited in scope compared to the DHS. This survey excludes the 0-6 months age group (where wasting is highest of all age groups), so it is not comparable to the 2016 data, nor is it comparable to other countries mentioned in the joint UNICEF-WHO-World Bank global nutrition report which covers all children under the age of five.”

Nonetheless, regardless of the statistics, there is a reason to be concerned given the increased risk of deepening such already existing vulnerabilities due to the impact of COVID-19 and the current economic crisis that Sri Lanka faces, Swangin highlights.

“There is almost no or little reason to believe the situation is better given that COVID-19 and the current economic crisis have disrupted food production, income for families and access to health services, including nutrition. Seven out of ten households that UNICEF spoke to recently reported cutting down on meals.”The contentious report places Sri Lanka 6th globally, behind only South Sudan (22.7%), Djibouti (21.5%), India (17.3%), Yemen (16.4%) and Sudan (16.3%).

Frightening impact
Fernandopulle told lawmakers that food-based nutrition is the best for children and pregnant women compared to medicine and a deficiency in the right nutrition will hamper brain development. She underscores 42.2% of children under the age of five are in poverty, out of which 33.4% are suffering from malnutrition.

Food inflation in Sri Lanka hit a record 93.7% in August, while the overall inflation soared to 64.3%.

“Even the children of high-income earners have malnutrition because Sri Lankans do not have knowledge about nutrition,” opposition lawmaker Rohini Wijeratne told parliament, calling for stronger food programs.

“Laborers are severely affected by COVID-19 and were unable to afford food. The plantation sector is pure hell.”

Tackling protein deficiencies
Proteins are derived from foods such as eggs, fish, meat, lentils, milk and milk products. Inadequate consumption of these foods is the cause of protein deficit, highlights Swangin.

“A lack of diversity in diets leads to a general deficiency in micronutrients required by the body. In the short term, it leads to tiredness, reduced activity and lack of interest or concentration. Gradually – fats stored in the body would start getting used up, and the weight of the child starts dropping – leading to the development of wasting (low weight for the child’s height).”

“When this remains for a long time, the deficiency status leads to compromised growth and development – including lesser height growth, lesser brain development, and its consequences – such as cognitive impairment.”

“Without such an integrated approach, progress remains slow.”

New York City is rolling out culturally diverse plant-based meals as the primary option for patients at its 11 public hospitals, citing scientific research which... Read More