You are in : All News > Kannaway granted “first-ever” Russian import certificate for CBD 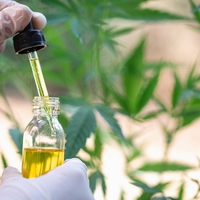 18 Mar 2020 --- Medical Marijuana says that its subsidiary, Kannaway, has been granted Russia’s first-ever certificate to import cannabidiol (CBD) products into the country legally. The certification allows Kannaway to import a broad range of CBD products, including Medical Marijuana’s tinctures, oils and skin care products. This announcement comes at a time when CBD is gaining mainstream acceptance as regulations ease around the world.

“We have achieved a huge milestone for both Kannaway and Russia with this certificate,” says Kannaway CEO Blake Schroeder. “No other CBD products have legally been imported and sold to Russian consumers. This presents a unique opportunity for us to share the global buzz about the potential benefits CBD can offer and help people in Russia incorporate it into their everyday lives.”

Kannaway has been rapidly expanding in Asia and Europe in recent months. Since Medical Marijuana reached Europe in 2018, the continent has become the company’s largest market. The company entered Asia late last year, and has already expanded into Kazakhstan and Kyrgyzstan this year.

“We are not strangers to being the first company to import CBD into a country as we were the first in several others, including Mexico, Brazil, Paraguay and Bulgaria,” says Dr. Stuart Titus, CEO of Medical Marijuana. “When entering a new market, it’s important to prioritize education and set quality product standards for others to follow and create a safe supply chain for all.”

According to Innova Market insights, there are five times more global food and beverage launches tracked with “CBD” in the ingredient list when comparing 2019 launches and 2018 launches, albeit this growth is from a small base. Additionally, only 16 percent of global consumers have never heard of cannabis or CBD, with 40 percent saying that they are familiar or very familiar with it.

The regulation around CBD has been a controversial point in recent years as it increasingly reaches the mainstream. Earlier this week, the German Federal Ministry for Food and Agriculture stated that hemp and hemp-derived products will continue to be labeled as EU-wide novel foods. This followed the European Industrial Hemp Association’s recent communication that it received the former’s support in the ongoing debate.

In the UK last month, the Food Standards Agency (FSA) set a deadline for CBD companies to provide more information about their products and their contents. Beyond March 31, 2021, only products with a valid application will be allowed to remain on the market.

Across the Atlantic, the US Food and Drug Administration recently announced it will reopen the public comment window on cannabis and CBD products, “extending it indefinitely.” The Natural Products Association has pegged the move as a “huge and surprising step backward,” arguing that the move risks a public health crisis by delaying necessary regulatory action on CBD.

Despite the regulatory confusion surrounding CBD, NPD has flourished across categories, including personal care. The cannabinoid is often touted as calming and nourishing the skin and can be added to supplements to boost skin health from the inside out.

Advertising under the microscope: Watchdogs flag “unsubstantiated claims” on CBD and vitamins

24 Mar 2020 --- In the age of “fake news,” it is important that consumers are not misled by advertising, with global watchdogs keen to keep companies in line. With this... Read More