You are in : All News > Brain boosters: The rise of natural nootropics in the emerging e-gamers segment

18 Mar 2020 --- The notion of “mindful choices” continues to dominate industry, alongside the demand for natural, clean label ingredients and substances obtained from plants. This is in tandem with an increased focus on brain health and nootropics. Experts expect that nootropics are on-track for major growth as consumer needs for enhanced mental agility increases. In this arena, NutritionInsight explores the trending ingredients, with e-sports being a driver for such ingredients as well as so-called “smart supplementation.”

An Innova Market Insights Consumer Lifestyle and Attitudes Survey (2018) also found that eight out of ten consumers agreed that mental health is as important as physical health to their overall well-being, rising to nine out of ten respondents in China, the US and Brazil. This was found across all markets surveyed: US, UK, Germany, France, Brazil and China.

According to Isabel Gómez, Nutraceuticals Division Marketing Manager at Lubrizol Life Science, nootropics fit perfectly with an increasingly competitive society. “They can help consumers to optimize their daily routines. It uplifts the standard of living and helps them to yield high brain development enabling them to stand tall with their intellect and performance,” she says.

For Dr. Itay Shafat, Product Manager at IFF Health, the novelty in nootropics will come not from new ingredients but from new delivery systems. He believes that many people prefer to consume their nootropics – and other health ingredients – in forms other than capsules and tablets. He predicts that  this trend will continue, and even increase, in 2020.

Meanwhile, “Medicine Hunter” Chris Kilham tells NutritionInsight that he expects to see “more nootropic combination formulas, and more companies borrowing science from other companies to make claims for their own products.” Kilham is an author, educator and TV personality who has conducted medicinal plant research in over 45 countries and lectures worldwide about holistic wellness and botanical medicines.

“This is bound to turn into even more of an opportunistic frenzy, as more science supports nootropics. This will lead to a profusion of products good and bad, a plethora of hard-to-pronounce synthetic and semi-synthetic agents and many more articles and seminars on this topic,” he affirms.

Trending brain-boosting ingredients
According to Innova Market Insights, botanical ingredients are increasingly featuring in related NPD. In brain health launches, the use of Ginkgo biloba jumped by 21 percent from 2014 to 2018, while hemp increased by 16 percent.

Kilham adds that ashwagandha, ginseng, resveratrol and green tea have been popular nootropic ingredients to date. 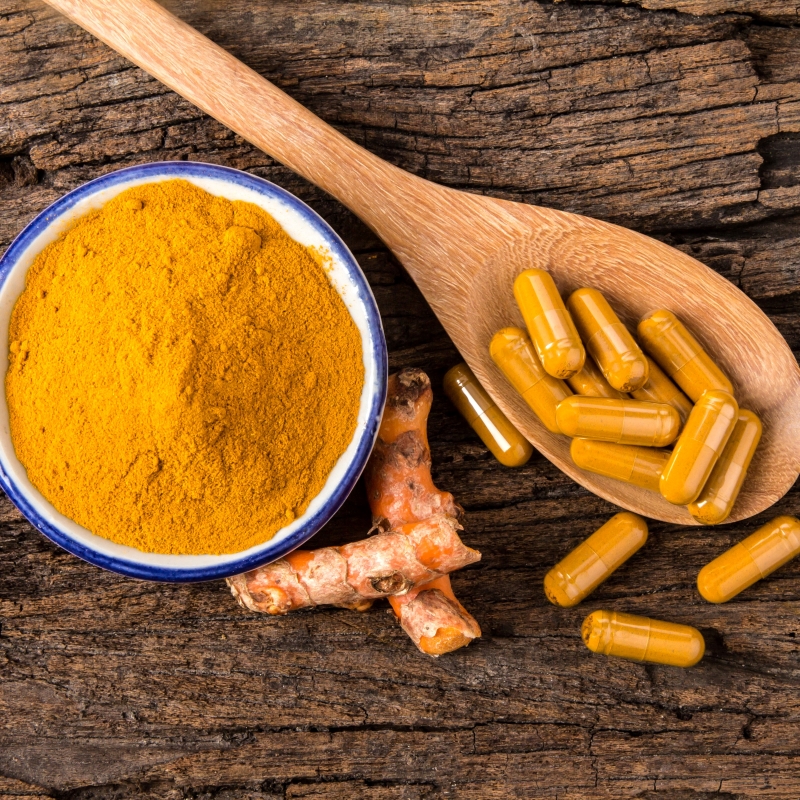 As curcumin is well-documented for its anti-inflammatory effects, this is a key player in the nootropics space to watch out for in 2020, according to Dr. Daryl Jones, Neuroscientist & Mayo Clinic Professor of Medicine and CEO of Jonescientific. He tells NutritionInsight that the company’s Sophrosyne Brain supplement is “the only scientist-designed nootropic formula to contain curcumin.”

Gómez of Lubrizol Life Science, also notes the importance of astaxanthin for the protection of brain cells, as it “helps fight the deleterious effects of aging and safeguard the brain from neurodegenerative disorders such as Alzheimer’s.”

However, ingredients do not need to be used in isolation. Gómez highlights the potential of combining two or more ingredients, which is called a “stack.” “This means that ingredients can be more effective together [such as caffeine for energy and theanine for relaxation] or they complement each other, like bacopa for memory and rhodiola for focus,” she affirms.

Opportunities for e-gamers
NutritionInsight reports that a major shift is occurring within the energy ingredient space, with NPD addressing mental agility rising in popularity – for gamers especially. Industry-wide consumer concerns surrounding clean label and provenance are growing in prominence within this category, as companies increasingly turn toward marketing natural energy boosters that harness the power of botanicals.

According to Gómez, serious gaming places tremendous demand on many aspects of cognition at the same time. “On an otherwise level playing field, brain function will ultimately determine gaming success. Brain-boosting nootropic supplements can enhance several cognitive functions that may promote a state of peak gaming performance,” she states.

Olufeso reflects that in the last few years, e-sports have become extremely popular. “Improving mental and physical performance has been shown to ameliorate their gaming performance,” she states.

For Dr. Shafat, e-gamers are emerging as a new segment in the population where there is a growing demand for nootropics, and as more and more people are getting involved in e-games and e-sports. “The demand for ingredients known to support cognitive aspects such as focus, speed of thought and others will become more sought after,” he adds.

Smart supplementation
Most nootropics are available in capsules, tablets and softgels to date. However, Dr. Shafat highlights that where dosage is not a big issue, and where taste allows, gummies are increasingly attractive to consumers. “We do see a rise in popularity for other formats as well – sachets and effervescent tablets in the supplements market – but also beverages, bars and confectionaries that are more food in appearance than supplements,” he notes.

Product format needs to be easy and attractive to consume because of the little time available and active lifestyle, says Olufeso. “Therefore, well dissolvable natural nootropics are key for the industry to develop a wide range of consumer products. Many nootropic beverages and shots have been launched recently.”

Regarding nutraceutical delivery formats, on-the-go packaging has enjoyed increasing popularity in recent years, Gómez notes further. “Dietary supplements in sachet forms are gaining the most traction because they are suitable for all ages ranging and easy to consume.”

A naturally strong positioning?
Gómez also highlights that natural nootropics are effective to spike up the natural health with their long-lasting pronounced effects. “A negative aspect that needs to be kept in mind before talking about natural nootropics is that they cause sensitivity if you are allergic to the type of herb,” she notes.

There is good human clinical science on many botanicals, according to Kilham, but the category still needs ongoing work, he continues. “We have evolved with natural ingredients and, therefore, have established metabolic pathways for them. This is not the case with synthetic drugs.”

Kilham expects to see continued growth in ashwagandha, schisandra and rhodiola. “Phosphatidylserine will likely get more exposure as well as the already trending ingredient curcumin. Bacopa will also see a spike in interest,” he concludes.

Keeping an eye on contaminants: How to thwart suppliers of adulterated botanicals that deceive common testing methods