You are in : All News > Westernized diet may reduce gut diversity, while Mediterranean diet boosts microbial health, studies find 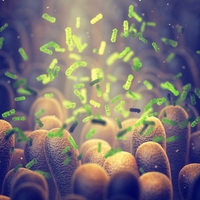 21 Oct 2019 --- Lifestyle and diet are key to a healthy gut microbiome, according to two studies. Following an examination of the remnants of a frozen man who lived 5,300 years ago, scientists from the University of Trento, Italy, concluded that the evolution of dietary and hygienic habits in Western countries is associated with a decrease in the bacteria that help in digestion. The depletion of the microbiome may be associated with the increased prevalence, in Western countries, of complex conditions like allergies, autoimmune and gastrointestinal diseases, obesity. Meanwhile, researchers from the University Medical Center Groningen, the Netherlands, found that certain foods, including legumes, bread, fish, nuts and wine, are associated with high levels of friendly gut bacteria. The findings support the idea that the diet could be an effective management strategy for intestinal diseases through the modulation of the gut bacteria.

Published in Cell Host & Microbe, the Italian study explored the variation of common human gut microbe Prevotella copri. It is present in 30 percent of Western individuals, as well as in the Iceman, and in some non-Westernized modern populations. However, its proliferation varies greatly. The researchers demonstrated that the differences between Western and non-Western or prehistoric microbiome lie in the decrease of some types of bacteria that process complex and vegetal fibers in the intestine. 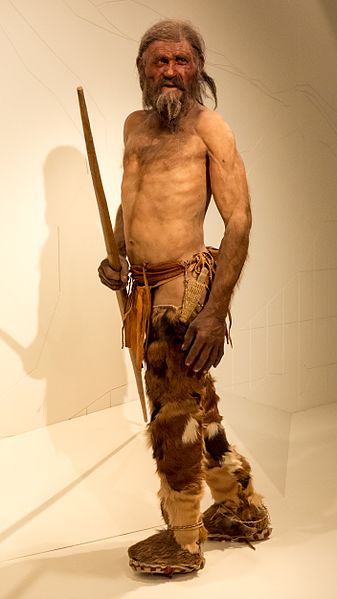 The same microbe was found in modern people and in Ötzi, who lived thousands of years ago.“It was quite unexpected that this very relevant intestinal microorganism, Prevotella copri, is actually not a single species, but four different bacteria. They also seem to have some differences with respect to their role in the human gut,” Segata explains. At least three out of these four clades are almost always present in non-Westernized populations but are much less prevalent in Westernized individuals. When it is so, there usually is only one of the four clades.

The researchers theorized that the complex process of Westernization had a considerable impact on the gradual disappearance of this bacterium. “Our hypothesis was confirmed by the analysis of ancient samples of DNA extracted from Ötzi, the Iceman who, in 1991, emerged from the ice of the Ötztal Alps, where Italy borders with Austria.”

The researchers have set up collaborative efforts to try to understand what are the specific roles of these four types of Prevotella copri with respect to dietary patterns of the host. “We think that this could eventually explain the differences we are observing in the prevalence of these bacteria in populations with different nutritional regimes. Host lifestyle comprises a lot of different aspects, but diet is clearly one of the most important,” Segata adds.

“We think that it is very relevant for future studies to investigate more about why these bacteria are underrepresented in Western-style populations, while they are much more prevalent in non-Western style populations and in the gut content from ancient human samples,” he concludes.

Plant-based and Mediterranean diet for healthy gut
Meanwhile, researchers from the Netherlands presented a study during UEG Week 2019, which shows that specific foods could provide protection for the gut by helping bacteria with anti-inflammatory properties to thrive. The foods, which are common plant-based elements of a Mediterranean diet, aid the biosynthesis of essential nutrients and the production of short-chain fatty acids (SCFAs), the main source of energy for cells lining the colon.

The researchers analyzed test subjects with Crohn’s disease, ulcerative colitis and those with irritable bowel syndrome (IBS). They found that dietary patterns rich in bread, legumes, fish and nuts, were associated with a decrease in potentially harmful, aerobic bacteria. Higher consumption of these foods was also associated with lower levels of inflammatory markers in stool that are known to rise during intestinal inflammation.

“Our results suggest that diet can be a rational strategy for the management of chronic inflammatory disorders of modern society, which we see are mediated via the gut microbiome. Therefore, it is important that we promote healthier dietary habits and continue the investigation of consequences of diet and life style. Studies already show that additives included during food processing, such as artificial sweeteners, are associated with pro-inflammatory changes in the gut microbiome. Moreover, we also see that Western diet and food industrialization parallels the rising incidence of irritable bowel disease in previously considered low-risk countries. All this evidence adds to the importance of diet in disease development,” continues Bolte.

Red wine, legumes, vegetables, fruit, cereals, fish and nuts were associated with a higher abundance of bacteria with anti-inflammatory functions. Plant-based foods were also found to be associated with high levels of bacterial SCFA production, while plant protein was found to help the biosynthesis of vitamins and amino acids as well as the breaking down of sugar alcohols and ammonium excretion.

Meanwhile, animal- and plant-derived protein showed opposite associations on the gut microbiota. Additionally, higher intake of meat, fast foods or refined sugar was associated with a decrease in beneficial bacterial functions and an increase in inflammatory markers.

“We looked in depth at the association between dietary patterns or individual foods and gut microbiota. Connecting the diet to the gut microbiome gives us more insight into the relationship between diet and intestinal disease. The results indicate that diet is likely to become a significant and serious line of treatment or disease management for diseases of the gut by modulating the gut microbiome,” concludes Bolte.

This week in nutrition news, Balchem completed its acquisition of Kappa Bioscience for a value of NOK 3.175 billion (US$338 million). Lallemand Health Solutions... Read More

Consumed typically to combat stress, adaptogen use has gained traction among a health-driven public over the past few years, as consumers are looking to find the... Read More