You are in : All News > Weekly Roundup: Givaudan hones in on nutritional ingredients, Gencor and Pharmactive sign US distribution deal

28 Aug 2020 --- In nutrition news this week, Givaudan announced a set of ambitious targets for the next five years, while Gencor and Pharmactive Biotech Products signed a US distribution deal for the latter’s branded ingredients. Meanwhile, a Quadram Institute study found that probiotics can improve the microbiome of premature babies. In the same week, PB Leiner and Zhejiang Shengda Ocean Co. formed a joint venture to construct a bone and marine collagen peptides plant.

In brief: Business news
Givaudan has announced its roadmap and ambitious financial targets until 2025, which is driven by portfolio expansion, investments in high growth markets like China and the trend for smaller and more local brands. Notably, the Flavour Division will be rebranded as Taste & Wellbeing to bring to the fore a sharpened focus on nutritional ingredients that support health and wellbeing, positive aging and changing lifestyles. Moreover the company seeks to achieve an average organic sales growth of 4 to 5 percent on a like-for-like basis, with average free cash flow of at least 12 percent. On non-financial targets, Givaudan aims to deliver sustainability, diversity and safety linked to the company’s purpose.

In an effort to provide proven and scientifically-based branded ingredients, Gencor will now distribute Pharmactive’s AGB10+, KWD+, Liboost, Olivactive and CSAT+ brands in the US, with exclusivity for affron and affronEYE. Gencor says it has long followed a strategy of working with exclusive and proven global branded ingredient partners to help broaden the scope of their offerings to the US marketplace. In doing so, the company has emphasized that its partners offer scientifically supported and responsibly sourced ingredients with in-depth quality assurance programs.Click to EnlargePB Leiner and Zhejiang Shengda Ocean Co. have established a joint venture to construct a bone and marine collagen peptides plant.

Hofseth BioCare (HBC) has completed a purchase of 34 percent stake in Hong Kong and China-based finished products distributor Atlantic Delights (AD). Atlantic Delights (AD) markets and distributes dietary supplements and nutritional products based on marine ingredients in more than 20,000 pet shops in the Asia-Pacific region. HBC has paid around US$700,000 for the stake in AD, and with that ownership, obtains an import license and distribution license in China, which would otherwise be very difficult to attain. HBC and AD have already started to merge sales teams to improve and increase distribution reach and achieve other synergies in the Asia Pacific markets. The registration process for the distribution of all other finished products for human nutrition from HBC has also begun and is expected to be approved shortly.

In brief: Research and study
Probiotics can improve the microbiome of premature babies, according to the results of a major new study from the Quadram Institute. Specific strains of probiotic Bifidobacterium and Lactobacillus bacteria given to preterm babies along with breast milk help shape their microbial populations and gut health to match those of babies born at full-term. This helps them fight potential infections, derive the full benefits from digesting breast milk, and could help these vulnerable babies survive and get the healthiest start in life. Preterm babies are more likely to have been delivered by Caesarean section, potentially missing out on picking up beneficial microbes from the mother, a problem confounded by lengthy spells in neonatal intensive care units, the researchers say.Click to EnlargeDaiwa has sourced Antarctic krill for its krill oil 500 mg supplement.

MacuHealth’s formulation Visual Performance and Eye Health has been backed by new science deeming it a product with good bioavailability and efficacy. A research paper titled COAST (Carotenoid-Omega Availability Study) was published this past week in Antioxidants by a team at the Nutrition Research Centre Ireland in the School of Health Science at Waterford Institute of Technology. It compared bioavailability of key carotenoids when they were taken as microcrystals suspended in sunflower or omega 3 oil with a new method of delivery. It was shown that with the patented Micro-Micelle formulation, zeaxanthin and meso-zeaxanthin traveled more efficiently into the bloodstream, increasing the bioavailability and impact of these carotenoids.

Daiwa Health Development has highlighted a recent study indicating that krill oil supplements may be beneficial for cardiovascular health. Daiwa has sourced Antarctic krill for its krill oil 500 mg supplement. This specific species of krill are found in the Antarctic waters of the Southern Ocean. “Krill are plentiful, tiny, bright pink, shrimp-like crustaceans that are an essential fuel to running the Earth’s marine ecosystem,” comments the brand’s senior spokesperson. Krill oil has greater bioavailability than fish oil, and its harvesting is regulated, making it a more responsibly sourced option, according to Daiwa.

Vegetarian foods are not equally healthy, according to research presented at ESC Congress 2020. The Greek study highlights the variable nutritional quality of plant foods, according to author Dr. Matina Kouvari of Harokopio University, Athens, Greece. “This finding was more evident in women. Prior research has shown that women tend to eat more plant-based foods and less animal-based products than men. But our study suggests that this does not guarantee healthier food choices and in turn better health status,” Kouvari says. The study examined the link between the amount and quality of plant-based foods and heart health in 146 obese patients over a ten-year period.

In brief: Miscellaneous
The American Herbal Products Association (AHPA) has joined 16 other trade associations in a letter to the US Food and Drug Administration (FDA) requesting more time for small businesses to understand and comply with the agency’s new, wide-ranging nutrition labeling regulations. The FDA issued a final rule updating US food and supplement labeling laws on May 27, 2016. The rule has a wide range of effects on both food and supplement product labeling, including changes to the format of the supplement facts panel and revisions to the Daily Reference Values of many nutrients. 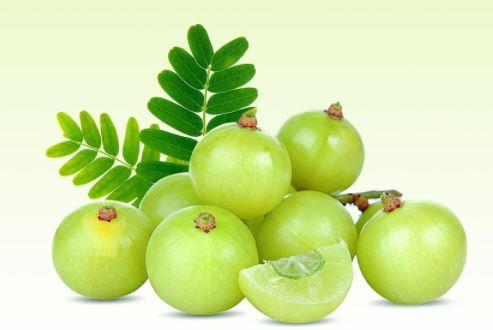 Click to EnlargeSabinsa has sent a cease and desist letter to Applied Food Sciences for making claims of high levels of natural vitamin C in that company’s branded amla extract.

The National Industrial Hemp Council (NIHC) has filed comments with the FDA to help direct its work on establishing a policy of enforcement discretion on CBD products. The comments were filed after the NIHC participated in a listening session with the FDA’s CBD Working Group on July 27. At this event, members of NIHC’s Consumer Protection Task Force emphasized the importance of establishing basic safety standards to protect consumers in this nascent industry and committed to follow up in writing with detailed policy recommendations.

Sabinsa has sent a cease and desist letter to Applied Food Sciences (AFS) for making claims of high levels of natural vitamin C in that company’s branded amla extract. The letter states that AFS’ representations that the product contains 25 percent vitamin C derived from amla, which is not technically possible. It further states this may “mislead and deceive consumers and constitute unfair competition and false advertising under applicable law.”

23 Jun 2021 --- With the rise of consumers turning toward food and beverages that can improve their holistic health and well-being, the functional foods category is taking... Read More

22 Jun 2021 --- MacuHealth has landed supplement certification for its triple carotenoid formula after a test revealed 61 percent of vision supplements do not meet label claims.