16 Jul 2020 --- The 2020-2025 Dietary Guidelines for Americans (DGA) are taking shape with the posting of the 2020 Dietary Guidelines Advisory Committee’s final scientific report. This review will ultimately inform the development of the dietary guidelines in the US market. While the report has received broad support from the meat, seafood, egg and sweetener industries, it has also been criticized as being backed by “weak science” and excluding many US consumers. Additionally, a new analysis has revealed that most countries’ dietary guidelines are not compatible with global health and environmental targets.

“Science-based dietary guidance is critical to ensuring a healthy future for America. USDA greatly appreciates the high-quality work done by this committee comprised of our nation’s leading scientists and dietary experts. We look forward to thoroughly reviewing the report and leveraging their scientific advice as we partner with HHS to develop the next edition of the DGA,” says Brandon Lipps, Deputy Under Secretary of Food, Nutrition and Consumer Services at the US Department of Agriculture (USDA), which posted the report.

USDA and the US Department of Health and Human Services (HHS) are now accepting written public comments on the committee’s final report through August 13. The public will also have an opportunity to provide oral comments on the scientific report to the departments at a public meeting on August 11. The DGA are set to ultimately be published by the end of this year.

The USDA is taking steps toward boosting transparency, with the topics and questions assessed by the committee being made public prior to scientific review. Additionally, the work was informed by over 62,000 public comments, in contrast to an average of 450 comments received by prior committees.

Seafood highlighted for first 1,000 days of life
The report details that across their lifespan, the typical US citizen overconsumes total energy, saturated fats, sodium, added sugars, as well as alcoholic beverages for some consumers. Intakes of fruits, vegetables and whole grains are lower than current recommendations. For Americans older than the age of one, dietary intake distributions – along with biological endpoints, clinical indicators and prevalence of health conditions measured through validated surrogate markers – suggest that current underconsumption of vitamin D, calcium, dietary fiber and potassium is a significant public health concern. 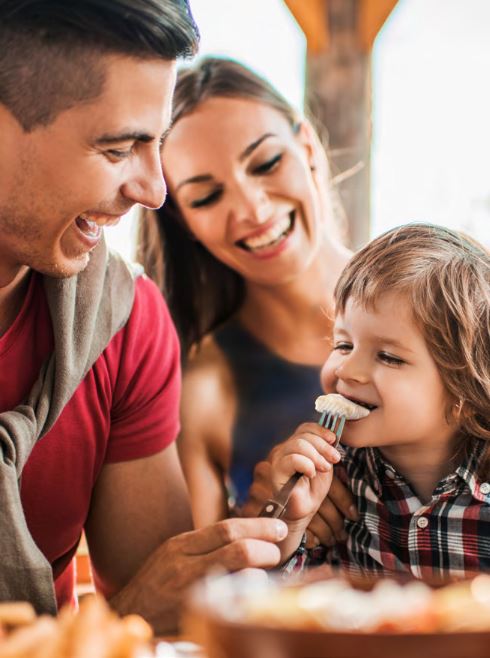 Therefore, the committee concurred with existing recommendations that women who are pregnant should consume at least 8 and up to 12 oz of a variety of seafood per week. Meanwhile, limited evidence suggests that omega 3 fatty acid supplementation during pregnancy can result in favorable cognitive development in children.

Being breastfed was confirmed to be associated with a range of benefits for babies, including reduced risk of obesity, Type 1 diabetes and asthma. Additionally, evidence suggests that human milk feeding may be related to infant fatty acid status, depending on the maternal diet.

The committee supports recommendations for women who are lactating to consume food sources of long-chain polyunsaturated fatty acids, such as fish. These findings were welcomed by the Seafood Nutrition Partnership, which had submitted public comments and supported the efforts of many researchers in the field of dietary fats to emphasize various research investigations.

The American Egg Board is also celebrating the inclusion of eggs as an important first food for infants and toddlers, as well as for pregnant and lactating women. Notably, the latest research on food allergy prevention recommends introducing eggs when babies are four to six months old and developmentally ready to help reduce the chances of developing an egg allergy.

However, the National Milk Producers Federation (NMPF) has expressed concern that the committee failed to recognize newer, broader science that shows the benefits of dairy foods at all fat levels. “We repeatedly called on the committee to take a fresh look at multiple studies that show beneficial or neutral effects of dairy on chronic disease risk at all fat levels. Unfortunately, the DGAC report does not reflect this newer science,” says Jim Mulhern, President and CEO of NMPF.

Also weighing in on the report is The National Cattlemen’s Beef Association (NCBA). In its roles as both a contractor to the Beef Checkoff and as a member-driven policy association, NCBA submitted 21 sets of written comments, provided oral comments and attended public meetings with reference to the DGA.

According to NCBA CEO Colin Woodall, the recommendations shared in the report mirror many of the recommendations related to red meat included in the 2015-2020 DGA. He also pointed to current DGAC report findings that suggest many Americans would benefit from getting more nutrients like protein, iron and choline, which are readily available in beef.

The recommendations shared in the report mirror many of the recommendations related to red meat included in the 2015-2020 DGAsExcessive added sugars to be avoided
The report also detailed that sugar-sweetened beverages (SBB) were the only drink associated with adiposity in children and adults. Limited evidence suggests that low- or no-calorie sweetened beverage consumption is associated with reduced adiposity in adults. Added sugars also came under fire due to their potential role in contributing to unhealthy weight gain and obesity-related health outcomes. As a result, the committee suggests that less than 6 percent of energy from added sugars is more consistent with a dietary pattern that is nutritionally adequate while avoiding excess energy intake from added sugars. This is in contrast to a pattern with less than 10 percent energy from added sugars.

“Reducing added sugars is an important message to relay to our patients. Making them aware of where hidden sugars may lie such as in juices and yogurts and giving them guidance on swapping out these items for those containing low calorie sweeteners will help achieve the goal of lowering total intake of added sugars to no more than 6 percent,” says Dr. Keri Peterson, Medical Advisor of Calorie Control Council.

Methodology and representation under fire
However, the Nutrition Coalition – a non-profit aiming to ensure that US nutrition policy is based on rigorous scientific evidence – is concerned about a lack of any “transparent, verified methodology used in reviewing the science and the exclusion of large bodies of scientific literature, including all the clinical trials on weight loss and the last decade of new science on saturated fats.” Additionally, the guidelines only address healthy consumers, despite 60 percent of US citizens living with one or more diet-related chronic disease.

“Without critical reforms, this policy is on track to do virtually nothing to reverse the epidemics of disease that are causing enormous suffering and the loss of 1.8 million lives per year. The Dietary Guidelines Advisory Committee said it would not address obesity or other diet-related diseases. This is difficult to understand,” explains Nina Teicholz, Executive Director of the Nutrition Coalition.

In addition, the Nutrition Coalition states that the DGA make no accommodations for people of different racial, ethnic or cultural backgrounds. “Despite talking extensively throughout the DGA process about the need to recognize diverse ethnic and racial needs, the committee nevertheless appeared to rely predominantly on studies on white, middle-class populations,” it details.

They found that adoption of national guidelines was associated with an average 15 percent reduction in early death from chronic diseases and an average 13 percent reduction in greenhouse gas emissions from the food system, equivalent to 550 million tons of carbon dioxide. However, 98 percent of the guidelines analyzed were not compatible with at least one of the global health and environmental targets. It notes that if the US adopted national guidelines in line with the EAT-Lancet recommendation, this could increase the number of avoided deaths from 480,000 to 585,000 in the country.

“There is widespread consensus that a reduction in the total global consumption of meat and dairy is important for climate change mitigation and reduced environmental impact of food production, and that for some people there will be health benefits from reducing their consumption of red and processed meat,” comments Chris Reynolds, Professor of Animal and Dairy Science at the University of Reading, and who was not directly involved in the analysis.